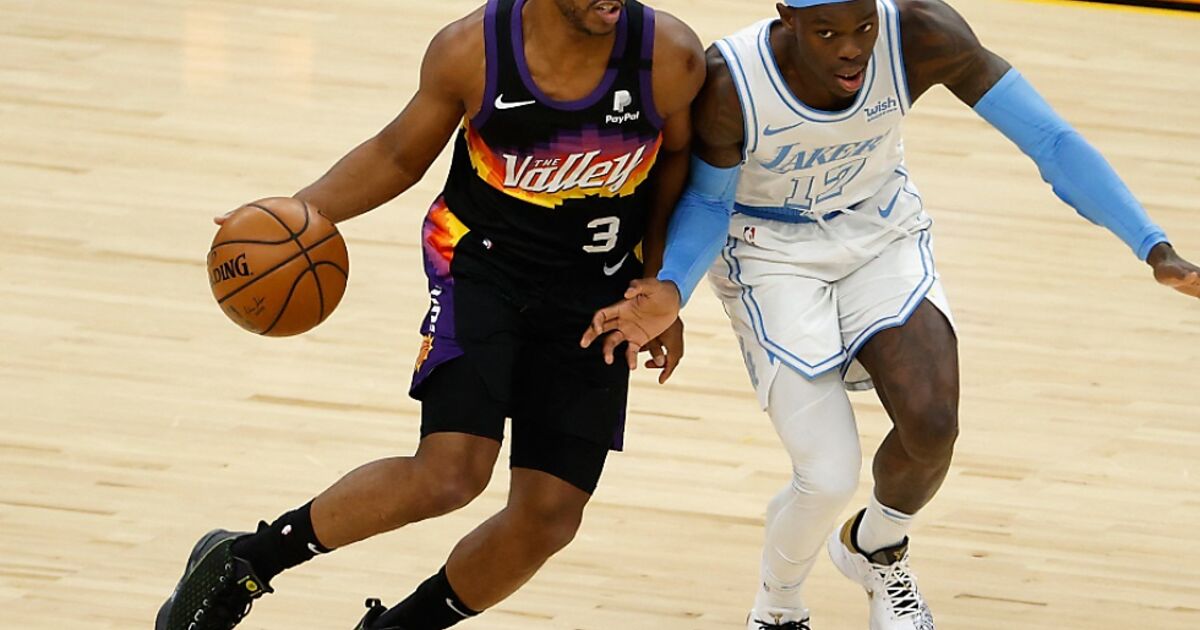 Without their ankle injured superstar LeBron James, the Los Angeles Lakers conceded a clear 94: 111 defeat at the Phoenix Suns on Sunday (local time). With the hosts, Chris Paul booked the total of 10,000. Assist of his NBA career and crowned his historic night with a triple-double (11 points, 10 rebounds, 13 assists). “CP3” is only the sixth professional in the best basketball league in the world who has distributed more than 10,000 direct templates.

James’s MR scan revealed a severe sprain to his right ankle sustained early in the second quarter in a 94-99 home loss to the Atlanta Hawks on Saturday. The 36-year-old will join the Lakers, who have had to do without their second top man Anthony Davis due to a leg injury since mid-February, so that several weeks are missing, as the sports website “The Athletic” reported on Monday, citing team circles.

There was also bad news for the Charlotte Hornets: LaMelo Ball, the top favorite for the “Rookie of the Year” award, broke his right wrist in the 98: 125 defeat against the Los Angeles Clippers on Saturday and fell with it for the rest of the season.