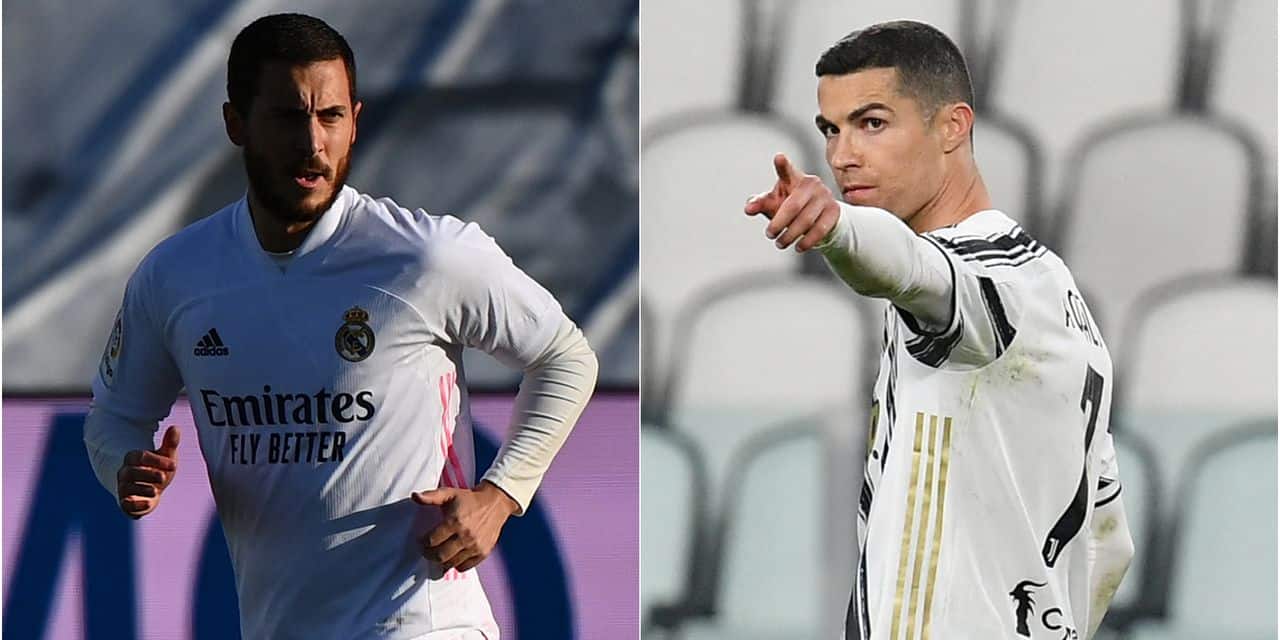 A return of Ronaldo to Real? False bad news for Eden Hazard

Even if it may never come true, the crazy rumor sending the Portuguese back to Madrid could benefit the Red Devil.

Two dribbles from Eden Hazard on the left side, a receding center and a furious recovery from Cristiano Ronaldo who then jumps into the arms of Thibaut Courtois to celebrate his goal. The image is necessarily dreaming. Even if it seems at this stage totally utopian, it is not impossible that it will come true one day.

The disappointment of Juventus Turin’s untimely elimination from the Champions League has exploded rumors of Ronaldo’s return to Madrid in recent days. The Spanish press was obviously ignited by the information launched in the program El Chiringuito: a contact would have taken place between Jorge Mendes, the agent of CR7, and the management of Real.

For now, Real and Juventus are trying to put out the fire. “He’s a Juve player and I have to respect him”, comments Zinédine Zidane. “It is also normal that there are all these rumors after an elimination. He is the most important person in the world with Messi when it comes to football. But let’s not forget he’s always been there for us “, answers Andrea Pirlo.

It is clear that the operation is very far from being done. It may even never materialize for many reasons (too exorbitant a salary in these times of crisis, recruitment contrary to the sporting project of rejuvenating the workforce, etc.). Nevertheless, this return would make people happy in Madrid. Starting with Eden Hazard.

Previous Post
It’s the Union that smiles: the 5 key moments of a historic season
Next Post
Lukaku at full speed in zone 30