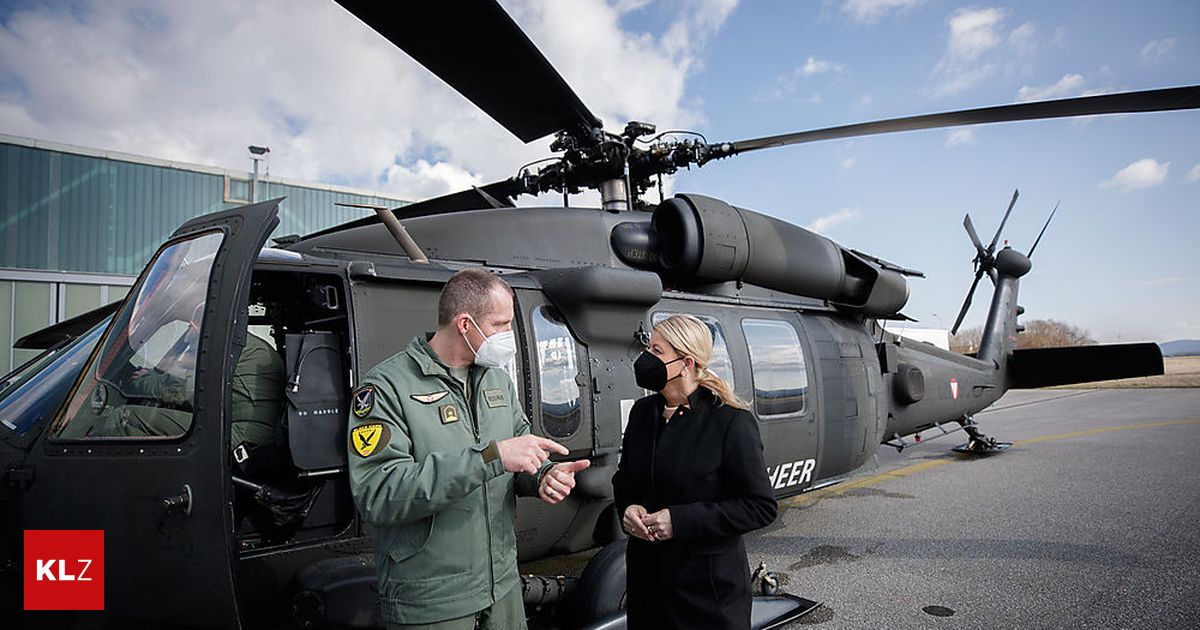 After an update in the USA: The first completely renewed “Black Hawk” landed with the troops

The Armed Forces’ “Black Hawk” have not been new for a long time. Brief review: After the Galtür avalanche accident in 1999, Austria bought nine transport helicopters for almost three billion schillings at the US manufacturer Sikorsky (Type designation S70A-42). In September 2002 the first “Black Hawk” for the armed forces took to the air, since then the investment has paid off in countless missions after natural disasters as well as in military operations.

A project for the comprehensive modernization of the Austrian “black falcons” has been running for more than three years. This takes place at “ACE Aeronautics”, a relatively unknown company in Guntersville, Alabama. The first S70 completely renewed for the armed forces was transferred to Austria by sea and land in November. Today, Monday, the prototype was presented in the presence of the Minister of Defense Klaudia Tanner (ÖVP) officially handed over to the troops at Brumowski Air Base in Langenlebarn (Lower Austria). “This will ensure that it will be used for the next few decades and we will be able to better guarantee help from the air in the future,” said Tanner at the handover. 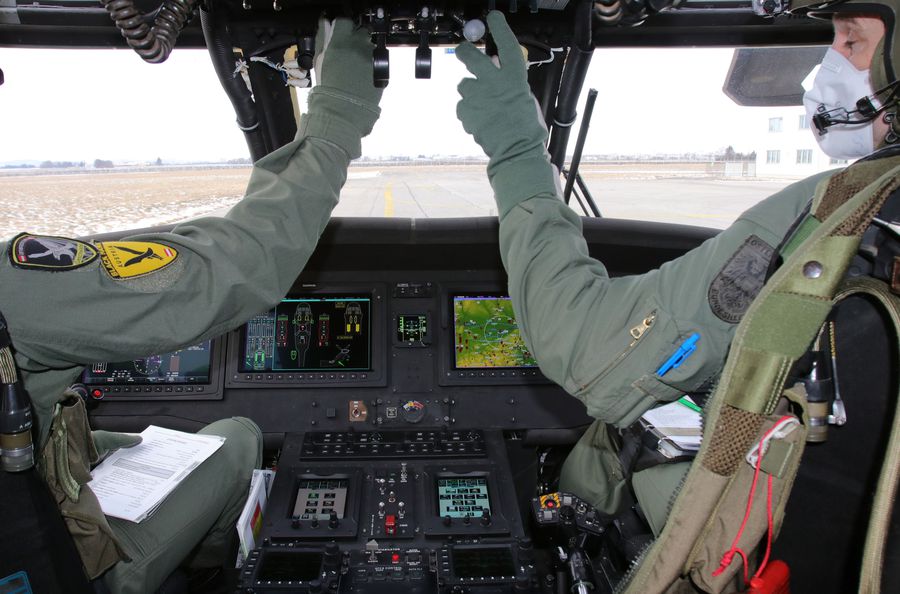 The first of nine “Black Hawk” of the Federal Armed Forces was equipped with a new cockpit. 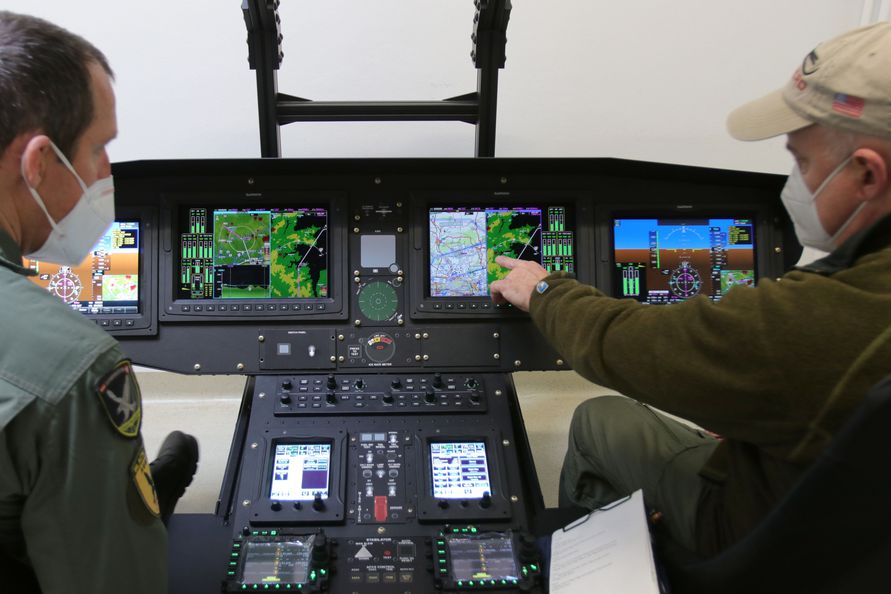 The identical cockpit is also available to the pilots as a “trainer” in the air base. 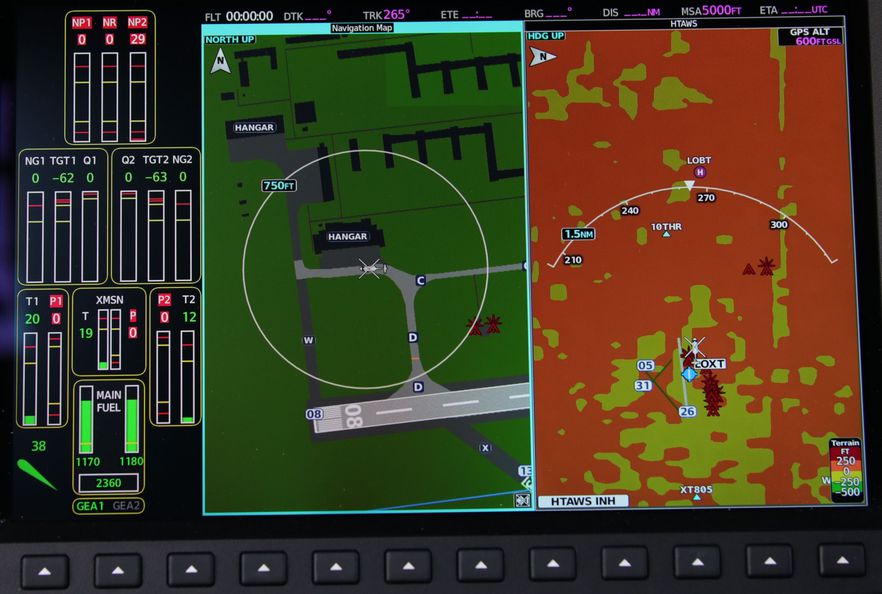 One of the many navigation levels on the Garmin 5000H. 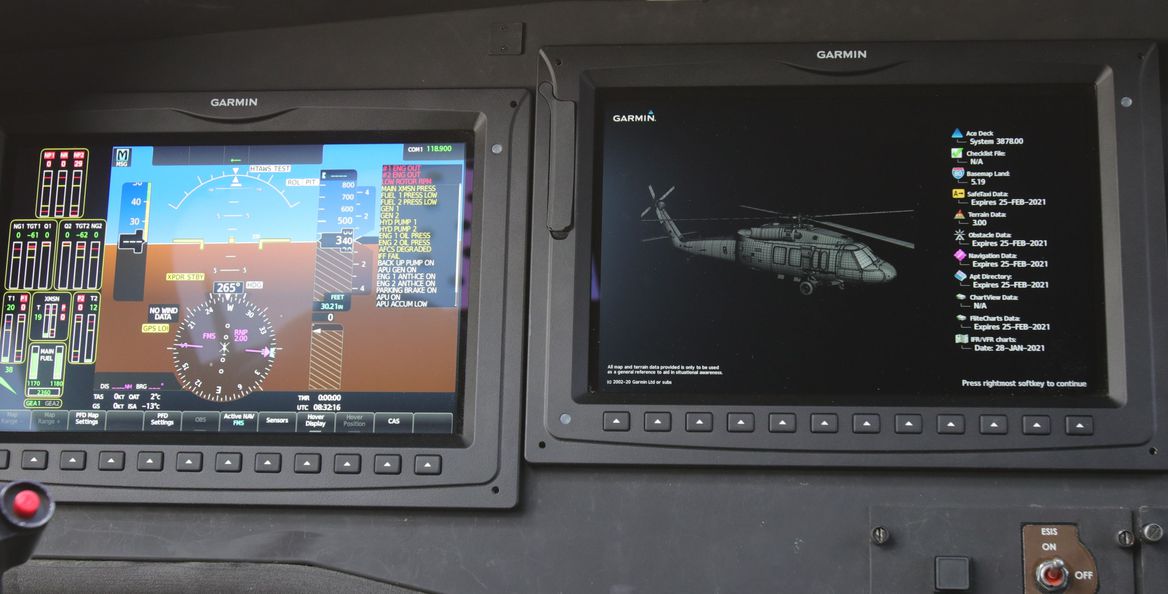 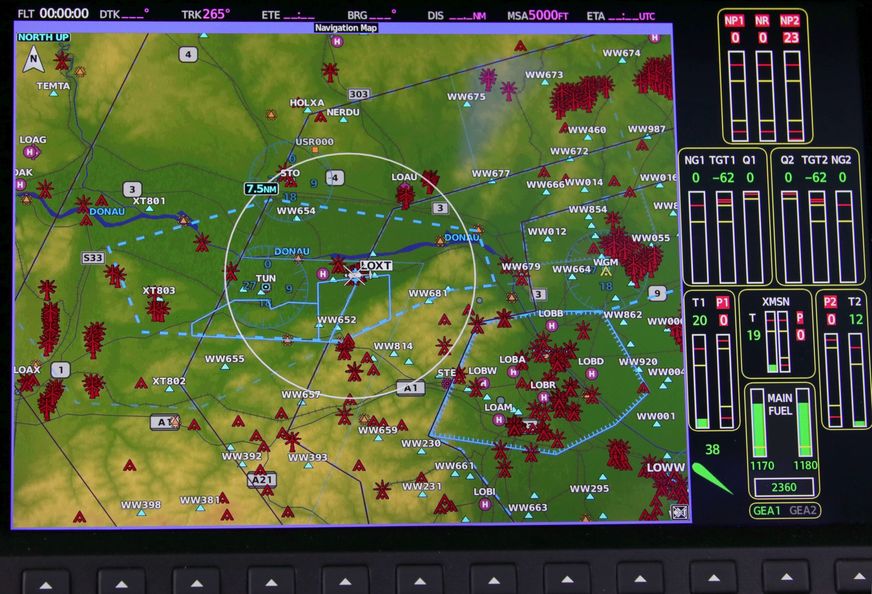 The ground obstacles are displayed on this map. However, the data must be updated weekly. 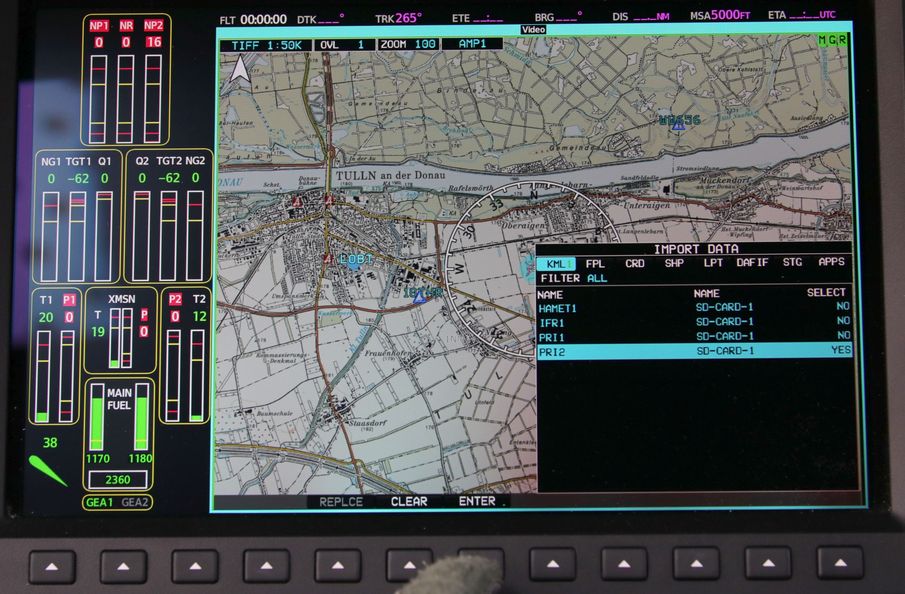 A map view that even the layman knows. 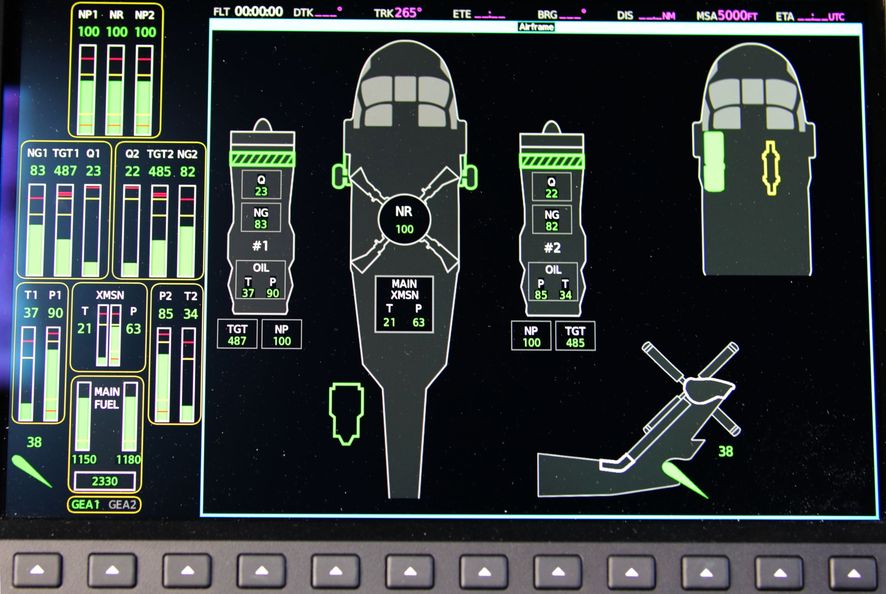 The status of the two engines when starting up is displayed here. 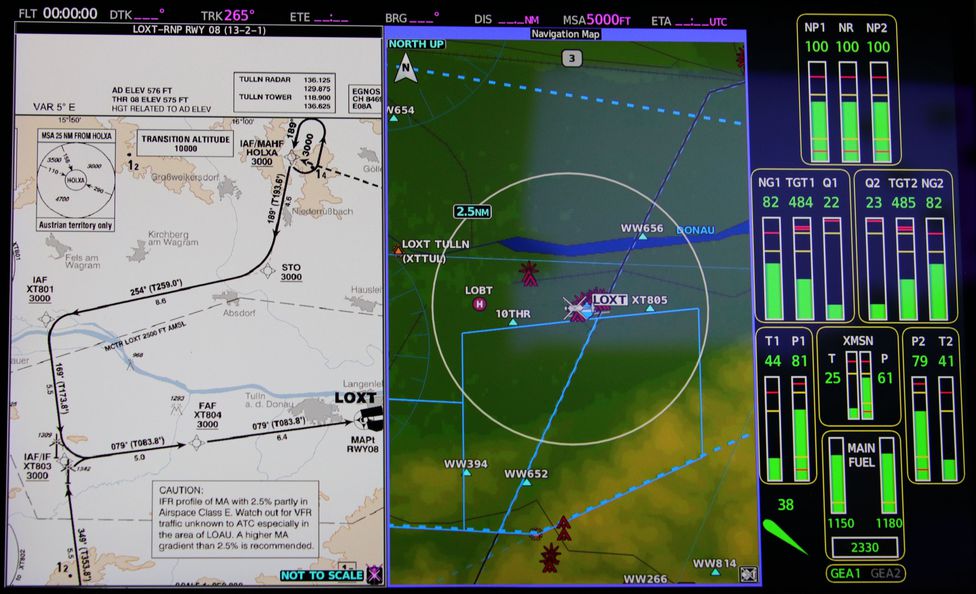 LOXT is the international code for the Langenlebarn military airfield near Tulln, the home base of the “Black Hawk” squadron. 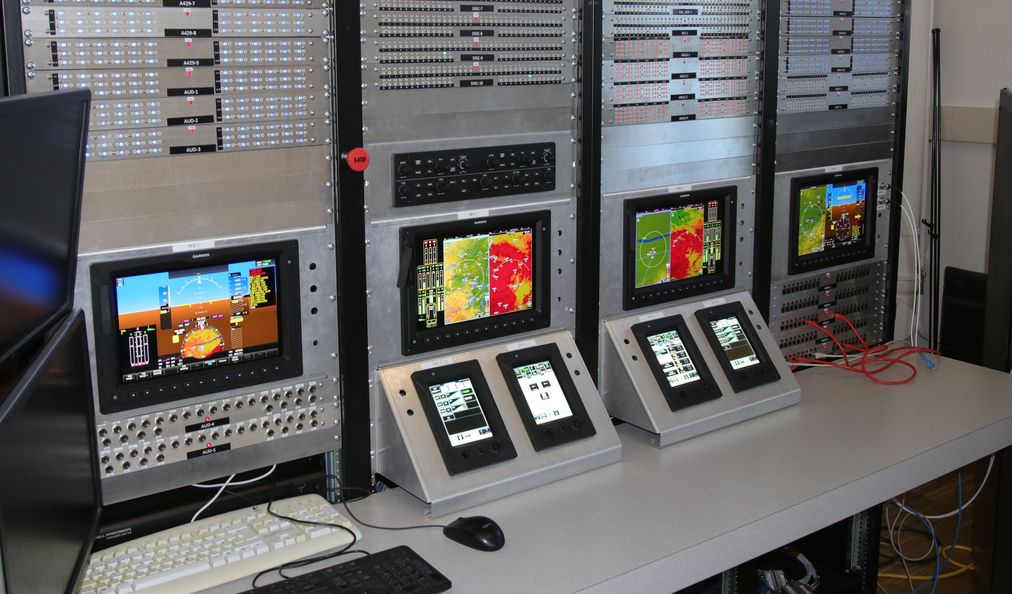 The mission system can be programmed at Brumowski Langenlebarn Air Base. 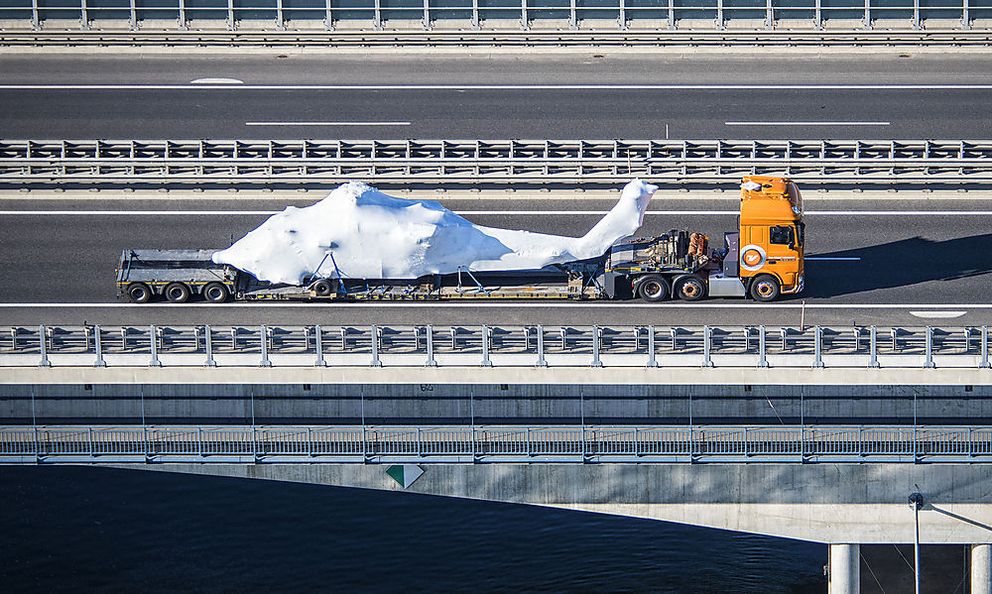 In November, the first modernized Black Hawk was brought to Austria by sea and land from the USA. 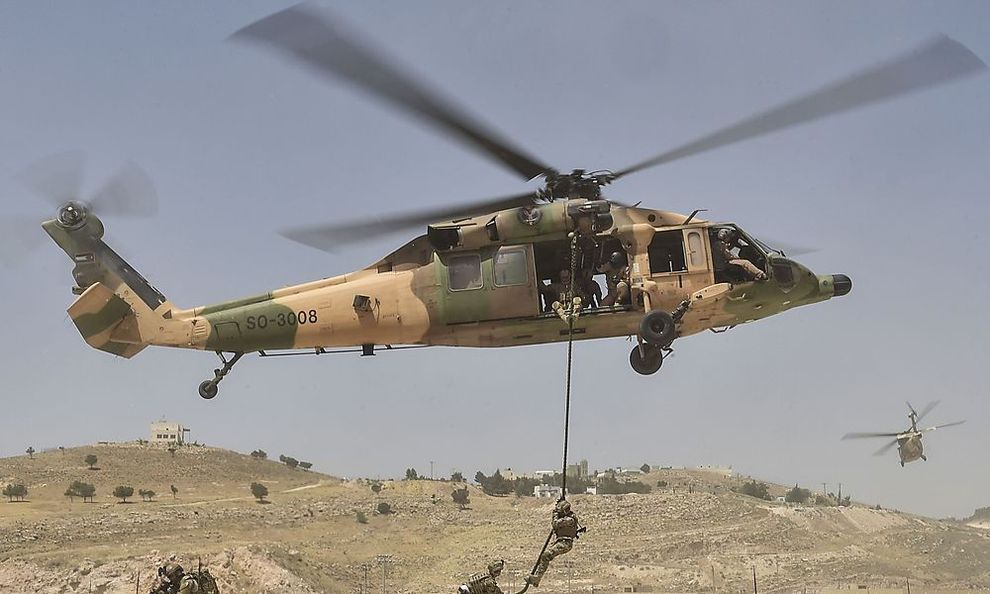 The armed forces in Jordan are procuring three of these UH-60L. With that, the “Black Hawk” season will finally be complete.


You don’t notice the update on the outside of the helicopter, the new technology is in the cockpit. A civil navigation and avionics system from Garmin (5000H) is now installed there, which technically brings the falcon up to date and the pilot Visual and instrument flight day and night enables. The high military demands on the aircraft are met by a mission system controlled by two computers, which operates independently of the avionics and can be programmed in the aircraft yard. “These innovations are essential upgrades that make day-to-day flight service easier,” says the Ministry of Defense. The “Black Hawk” is mainly used in the armed forces for security and rescue missions as well as assistance missions for the transport of materials and goods.

Not everything is going optimally

“There are many more functions available than before – and in a much tidier way,” sums up the military aviation journalist Georg Mader. He was allowed to take a seat in the new cockpit of the “Black Hawk” beforehand. Basically, the air force is very satisfied with the update. The Aircraft Department of the Ministry of Defense still wants the manufacturer Improvements to the mission planning system obtain. This apparently still creates difficulties, as Mader reports.

Two more “Black Hawk” of the German Armed Forces are to be shipped across the Atlantic soon to get a new cockpit in Alabama. The modernization of the six other helicopters should then take place directly in Langenlebarn and be completed in 2023. However, the federal government has included the Purchase of three more used “Black Hawk” decided to finally reach the usual season size of twelve pieces. The armed forces found what they were looking for in Jordan, where the military decommissioned almost identical helicopters (designation UH-60L). These are also first brought up to date in the USA before they fly into and for Austria. The entire Black Hawk package costs the Republic around 100 million euros.

In April, the deal between the Austrian and Italian governments is also scheduled for Purchase of 18 light multi-purpose helicopters be brought under one roof. The helicopters AW 169M from Leonardo Starting next year, they will replace the Alouette-III stationed in Aigen im Ennstal and Langenlebarn for around 300 million euros.