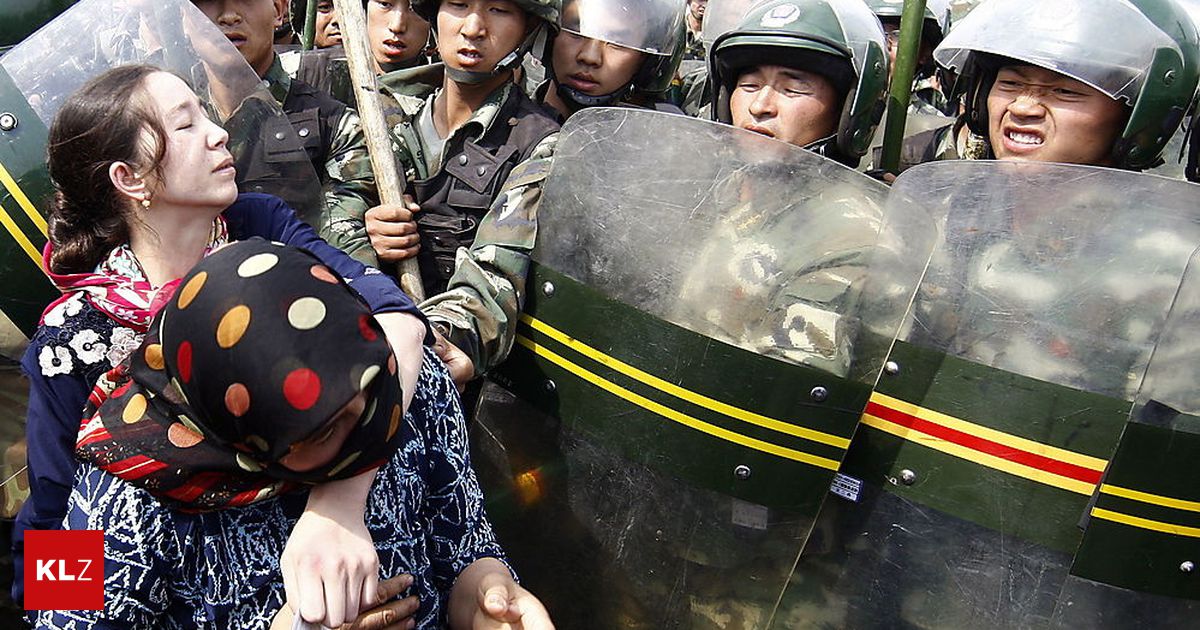 Foreign ministers of the 27 member states decided to take punitive measures against those responsible for the suppression of the Uyghur Muslim minority in the Xinjiang region. EU also puts head of Myanmar’s military junta on sanctions list.

Foreign Minister Alexander Schallenberg (ÖVP) and its 26 EU counterparts have a meeting in Brussels on Monday Sanctions package for human rights violations in a total of six countries approved.

The EU states agreed on this for the first time in more than 30 years Punitive measures against China. The reason is the crackdown on the Muslim Uighur minority. “The commitment to human rights cannot know a lockdown,” emphasized Schallenberg. “With this human rights sanctions regime, we finally have a value-based tool at hand with which we can act faster and more flexibly,” he continued. Schallenberg described the punitive measures taken against China in connection with the Uyghurs as an “important signal”.

One million Muslims in hundreds of detention camps

According to human rights organizations, in Xinjiang at least a million Uyghurs and other Muslims imprisoned in hundreds of detention camps. There they are reportedly being forced to give up their religion, culture and language, and in some cases also mistreated. Beijing rejects the allegations and speaks of training and work programs aimed at combating extremism in the regions.

How Beijing will react to the EU’s decision is eagerly awaited. The Chinese ambassador to the EU Zhang Ming had recently sharply criticized the EU plans. “Sanctions are confrontational”, he let it be known. His country wants dialogue, but will not back down if others insist on confrontation.

Observers also see the EU decision as a signal to the USA, which is forging an international alliance against China under the new President Joe Biden. US Secretary of State Antony Blinken is expected to visit Brussels on Monday, where he will also meet EU leaders.

Because of human rights violations, the EU last had after Tiananmen Square massacre in 1989 Punitive measures imposed on the country. At that time, several hundred people were killed when the People’s Liberation Army was deployed against peaceful demonstrators. In addition to China, Eritrea, Libya, North Korea, Russia and South Sudan are affected by the sanctions package.

Today, Monday, the European Union imposed sanctions on the head of the military junta in Myanmar, Min Aung Hlaing, and ten other people. The leading representatives of the regime will be banned from entering the country, and their financial resources will be frozen in the European Union, the Council of the EU announced in a broadcast. EU citizens and businesses are banned from donating funds to those concerned.

The measure is seen as a sign that the European Union does not recognize the coup and does not see any point in talks with the military junta. In order not to endanger diplomatic contacts, heads of state and government are usually not subject to personal sanctions.

The European Union is responding to the military coup at the beginning of February and the ongoing violence against demonstrators with the sanctions. Every effort is made to ensure that the measures do not have a negative effect on the population. “The EU remains a staunch supporter of the Burmese people and the democratic transition in the country,” the statement said. Accordingly, the punitive measures already decided against the country, including an arms embargo, remain in force. In addition, the EU has already sanctioned 14 people for atrocities against the Rohingya minority.

In protests against the military junta, numerous people were killed again last weekend. Around seven weeks after the coup it was The number of deaths rose to at least 247, said the prisoner aid organization AAPP on Twitter. The real number is likely to be far higher. The protesters demand a return to democratic reforms and the reinstatement of Suu Kyi. The 75-year-old was at the head of a government in which the military was also involved with ministerial posts.

Another topic of the EU meeting is the question of how to deal with Turkey properly. The European Union recently provoked this with controversial gas explorations in the eastern Mediterranean. It is expected that the EU foreign policy representative Josep Borrell an option paper is presented to the foreign ministers, which will then also become a basis for talks at the summit meeting of the heads of state and government of the EU states at the end of the week.

Turkey withdraws from the Istanbul Convention

“It is always the case that if we try to build a positive agenda at European level, it is shipwrecked,” because Ankara is taking another step that would be a slap in the face, Schallenberg admitted reluctantly in the run-up to the meeting. He sharply criticized Turkey’s withdrawal from the Istanbul Convention. This step is “shameful, it is a slap in the face for all people who stand up for women’s rights, it is an attempt to turn back the clocks,” said the Foreign Minister before the meeting in Brussels. “That won’t work.” Schallenberg is expecting an “intensive” debate with his colleagues on Monday.

His German counterpart made a similar statement Heiko Maas. There are “light and shadow,” said Maas at before the meeting. He positively assessed the willingness to talk in the dispute over gas deposits in the eastern Mediterranean. With the ban proceedings against the pro-Kurdish party HDP and the withdrawal from the Istanbul Convention against Violence against Women, Turkey is “absolutely sending the wrong signals.”

In their reactions, EU politicians failed to mention the fact that several Eastern European member states are also mobilizing against the Convention on the Protection of Women. In Hungary and Slovakia, the parliaments put a stop to ratification of the agreement, while Poland wants to withdraw from it.