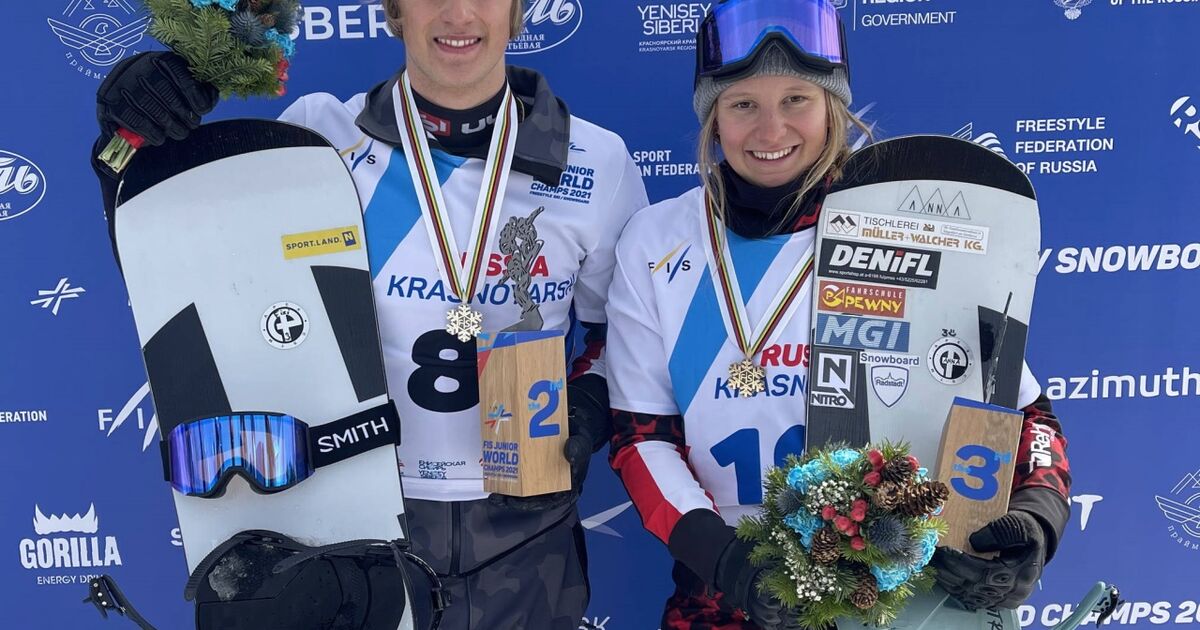 The woman from Radstadt wins bronze at the Junior World Championships in boardercross.

Anna-Maria Galler took bronze, Felix Powondra silver. And in the mixed team, the ÖSV duo is one of the favorites.

For a long time it was very quiet around the Salzburg offspring. Who will ever succeed Claudia Riegler and Andreas Prommegger, who are ending their successful careers after the coming Olympic season? Nobody is in sight in the parallel competitions, but Anna-Maria Galler has once again proven her potential in boardercross. The Radstadt resident celebrated her greatest success so far at the end of this season and raced to bronze at the Junior World Championships in Krasnoyarsk. “An indescribable feeling,” said the 18-year-old with the medal around her neck. Before the final, she was extremely tense, said Galler, who was one of the medal candidates after top positions in the European Cup and a first palpation in the World Cup. “With a great start in the final, I then delivered a cool fight,” said Galler, who only had to admit defeat to Sara Strnadova (CZE) and Margaux Herpin (FRA).

And the medal hunt is not over yet. Together with Felix Powondra from Lower Austria, who won silver in the singles, Galler is also one of the favored duos in the mixed team on Wednesday.

Accessed on March 23, 2021 at 7:19 am on https://www.sn.at/sport/regionalsport/anna-maria-galler-feiert-groessten-erffekt-unbeschreibliches-gefuehl-101477773