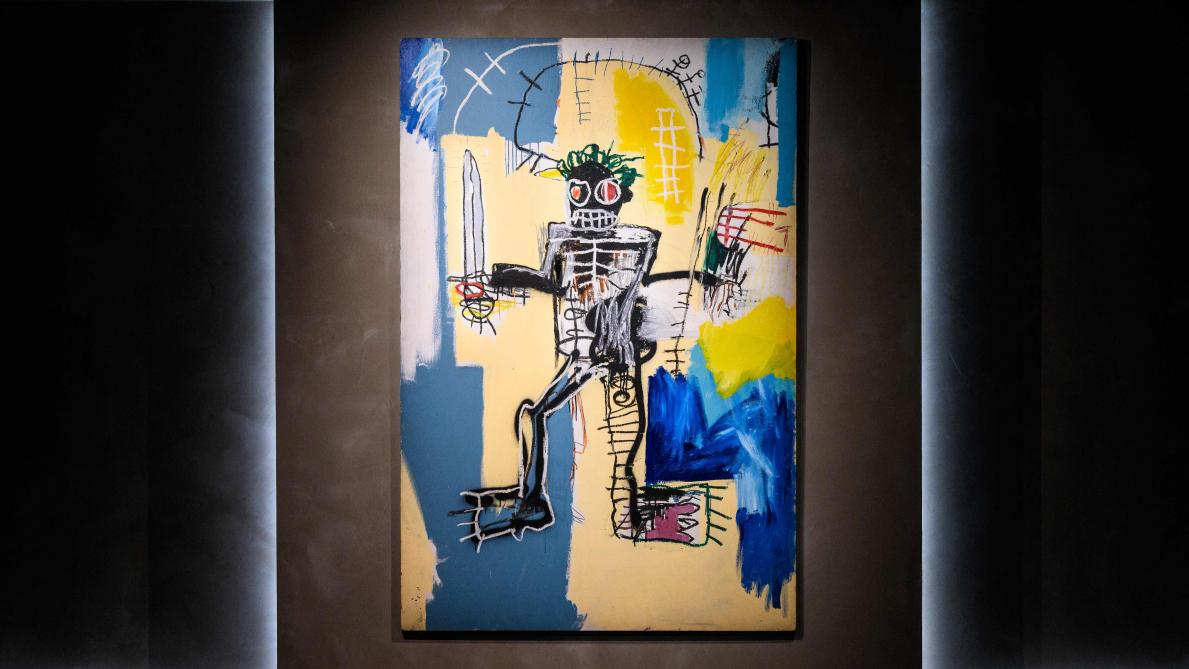 Basquiat’s fame has also soared in recent years, fueling the exorbitant prices of his works at auction.

Lhe painting “Warrior” by Jean-Michel Basquiat was auctioned on Tuesday for $ 41.8 million at a Christie’s auction in Hong Kong and broadcast live on the internet, becoming the most Western work of art. expensive never sold in Asia, according to the auction house.

The final sale price of this 1982 work is higher than estimates, which had set it between $ 31 million and $ 41 million.

The painting, painted in acrylic and spray on a wooden panel, is considered in the art world as a flagship work of the American artist.

It was sold after “an intense ten-minute auction battle between Hong Kong and New York,” Christie’s said in a statement.

The painting was interpreted as a semi-autobiographical work by Basquiat, which emphasized inequalities in society and the lack of representation of blacks in the art world.

The painting was sold in 2012 to an American collector at Sotheby’s in London for $ 8.7 million, but its price soared with the growing demand for paintings by Western masters in Asia.

“Warrior by Jean-Michel Basquiat is an imposing and authoritative portrait, which amply demonstrates why the artist is seen as one of the most important painters” of the last fifty years, according to the auction house.

Basquiat’s fame has also soared in recent years, fueling the exorbitant prices of his works at auction.

One of his drawings, titled “Untitled (Head)”, sold for $ 15.2 million at Sotheby’s in New York last year.

Previous Post
OnePlus goes to 9 by partnering with the legendary Hasselblad brand: “this is not a marketing showcase, but a real long-term collaboration”
Next Post
Schools go on spectacular walks