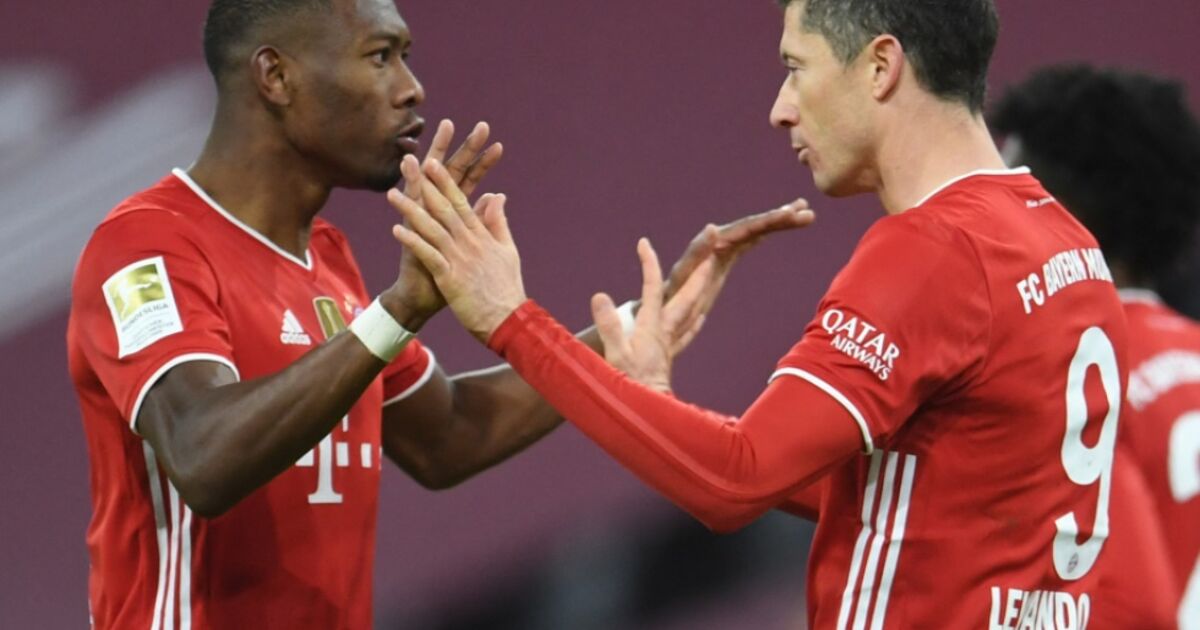 Bayern and Chelsea easily in the CL quarter-finals

FC Bayern Munich and Chelsea completed the quarter-finals of the Champions League on Wednesday. The defending champion won the second leg of the second leg with David Alaba in their own stadium against Lazio Rome 2: 1 and rose with a total score of 6: 2, the “Blues” beat Atletico Madrid 2: 0 in London and retained a total of 3 : 0 the upper hand.

The other quarter-finalists are Liverpool, Paris St. Germain, Dortmund, Porto, Manchester City and Real Madrid. The quarter-finals and semi-finals will be drawn in Nyon on Friday.

There was practically no doubt about the two Wednesday promoters from the start. Bayern dictated the game at will, relaxed thanks to the clear lead from the first leg, and achieved a success that was as safe as it was energy-saving. Robert Lewandowski scored 1-0 from a penalty after Leon Goretzka was briefly held in the penalty area in the course of a corner by Lazios Vedat Muriqi (33.).

Eric Maxim Choupo-Moting made it 2-0 in the 73rd minute after David Alaba’s ideal pass. The Viennese did not act in central defense as usual in the last half hour, but in midfield and made a good figure there – so he prepared a good opportunity for Lewandowski in the 67th minute, but the Pole only hit the bar. The goal of the guests from Italy with a header from Marco Parolo (82nd) ​​had only statistical value.

Since Manuel Neuer was absent due to a cold, Alaba wore the defending champion’s captain’s bow after replacing Thomas Müller in the 71st minute. With his 89th Champions League appearance, the ÖFB-Internationale drew level with Bastian Schweinsteiger and is thus in fifth place in the all-time Bayern ranking. Only Neuer (95), Oliver Kahn (103), Philipp Lahm (105) and Thomas Müller (122) are ahead of him. In addition, Bayern are in the quarter-finals of the “premier class” for the 19th time and are now the sole record holder before FC Barcelona (18).

Chelsea also rose safely to the round of eight. The Londoners presented themselves as a stronger team against Atletico from the start, the first goal by Hakim Ziyech (34th) came from a counterattack by Kai Havertz and Timo Werner.

The Spanish league leaders did not manage to develop any real pressure at any stage of the game. The “Colchoneros” were far from a turnaround, Chelsea looked more dangerous until the final whistle and eliminated the last doubts with the goal of Emerson (94th). Before that, Atletico’s Stefan Savic saw the red card after an elbow attack against Antonio Rüdiger (81st). Chelsea remained unbeaten in their 13th game under coach Thomas Tuchel.