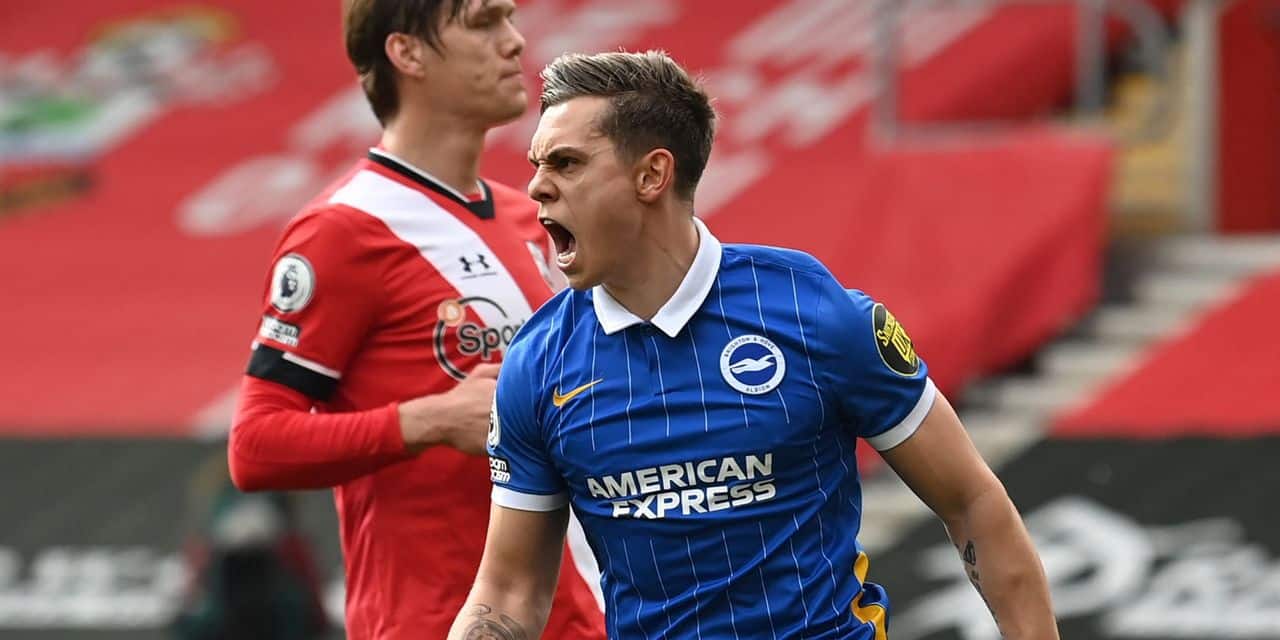 Inter, at the top of Serie A, moved to Torino this Sunday in the middle of the afternoon. Hanging on to the break, the Interists ended up finding the opening in the 60th thanks to a penalty scored by the inevitable Romelu Lukaku. This is the 19th goal in 26 league games for the Red Devil.

We thought the hardest part was done for Inter but Torino reacted immediately and equalized 10 minutes later via Sanabria. Fortunately for Lukaku’s teammates, Lautaro Martinez relaxed well in the 85th to restore the lead to his team with a nicely placed header. The match is still in progress.

Author of the winning goal in the 56th minute of play, the Red Devil Leandro Trossard allowed Brighton & Hove Albion to win on the Southampton lawn on Sunday at St. Mary’s Stadium (1-2) and thus take three points important at the bottom of the Premier League standings. The Seagulls are in 16th place with 29 points and 28 games on the clock. They are three lengths ahead of Fulham (26 pts / 29 m.), 18th and first club to appear in the red zone.

Brighton opened the scoring via Lewis Dunk in the 16th but the Saints restored the tie ten minutes later thanks to Che Adams (1-1, 27th). In the second half, Trossard, well served in one go by Danny Welbeck, adjusted Fraser Forster with a powerful strike to score his third goal of the season (1-2, 56th). The 26-year-old Belgian then gave way to the 86th.

Previous Post
Emilie Dequenne: “I’m going to be 40 years old and the César gives me a tremendous boost”
Next Post
Walk with a view of contemporary architecture