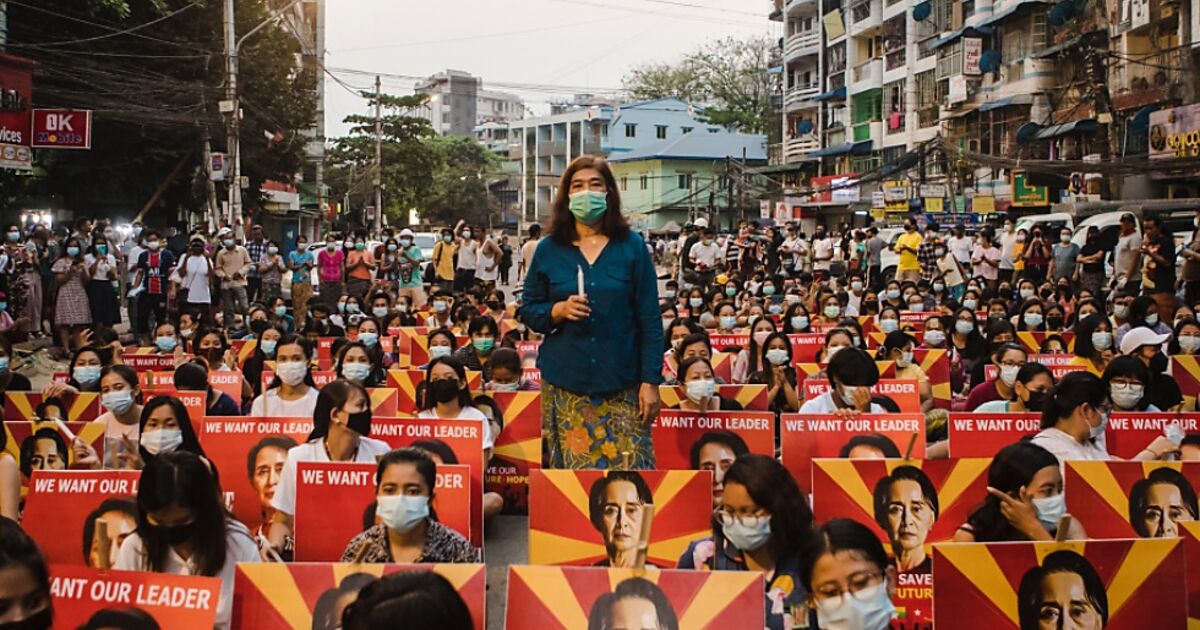 Bloodiest day so far in Myanmar

The situation in Myanmar is getting worse after the brutal crackdown on demonstrators over the weekend. According to estimates by the prisoners’ aid organization AAPP and local media, the military and police killed several dozen people on Sunday alone. AAPP spoke of at least 38 victims, but many observers put the number far higher on Monday.

The news portal Myanmar Now wrote, citing three hospitals in a tweet of 59 dead and 129 injured in the former capital Yangon (formerly: Rangoon) alone. Here, the military imposed martial law in several parts of the city, as the state television announced.

There had previously been arson attacks on several Chinese textile factories in Yangon. Numerous Chinese workers were injured, the Chinese embassy said on Facebook. She called on the authorities to protect Chinese businesses and Chinese citizens. It is unclear who was responsible for the arson attacks. With the imposition of martial law, soldiers no longer have to wait for an order from the military leadership during operations, but can shoot in the affected districts or occupy houses if they see fit.

“The military is afraid of the Chinese government, so they want to protect China’s property, but not the lives of us civilians,” said Nay Min Khant, a citizen from Yangon, of the German press agency. The protester Htoo Htoo emphasized: “The number of deaths from yesterday is much higher than we know so far. Some bodies have been taken to hospitals, others have been taken home by families.”

The military junta imposed a one-year state of emergency after the coup on February 1. The demonstrators are demanding a return to democratic reforms, the release of the head of government, Aung San Suu Kyi, who is under house arrest, and the re-establishment of her civilian government. The 75-year-old had clearly won the parliamentary election in November.

Suu Kyi, meanwhile, was due to be questioned again by a court on Monday. It is her third videotaped hearing from house arrest. No lawyer was admitted to the first two court hearings. The politician is charged with several offenses, including violating the country’s foreign trade laws.