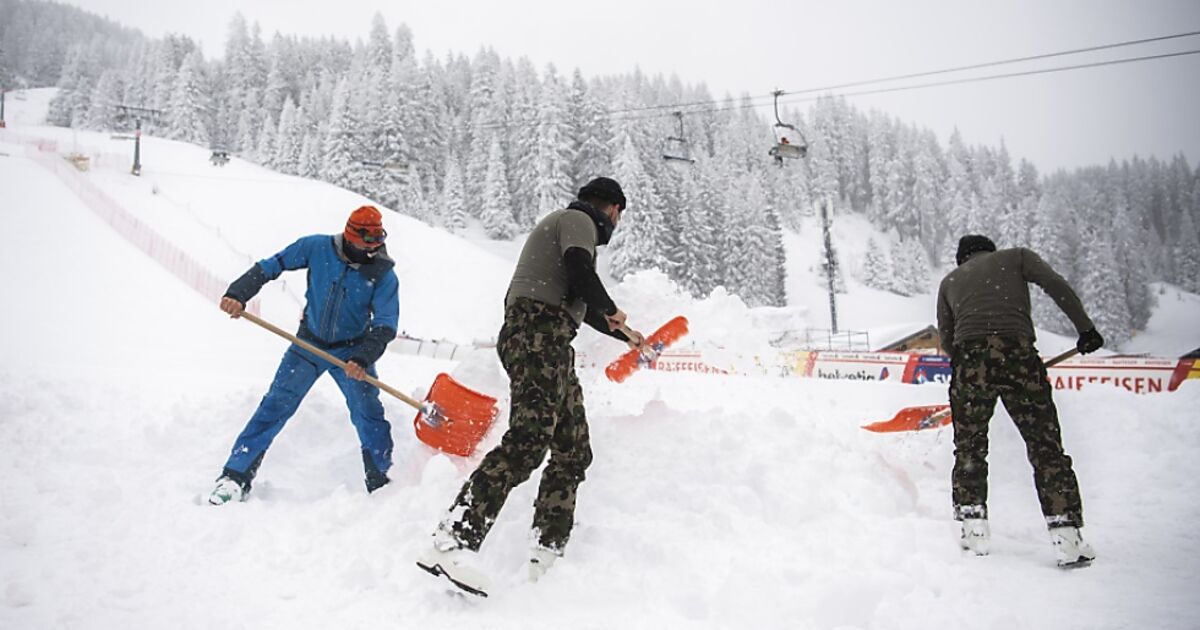 Due to persistent snowfall, the men’s and women’s runs at the World Cup final of the alpine ski aces in Lenzerheide have been canceled. This was decided by those responsible in Switzerland on Wednesday morning. Because the competitions are no longer being rescheduled, the winners in the discipline ratings have been determined: In the men’s category, Swiss Beat Feuz won the small crystal ball en suite for the fourth time. Olympic champion Matthias Mayer finished second, 68 points behind.

Feuz thus equalized the record of Franz Klammer, who so far was the only ski racer to have won the Downhill World Cup four times in a row (1975 to 1978). The Carinthian, who also won this ranking in 1983, is still the sole record holder in the fastest alpine discipline with a total of five small crystal balls. Mayer spoke of “winning second place. It was a great fight against Beat the whole season. We were both at a great level,” emphasized the Carinthian. In view of his consistency, he is therefore “very satisfied”.

The women’s trophy went to Olympic champion Sofia Goggia for the second time since 2018. The Italian prevailed 70 points ahead of world champion Corinne Suter from Switzerland. Goggia would have wanted to make her comeback in Lenzerheide after a knee injury in order to successfully defend her lead in the Downhill World Cup on the slopes. But that was no longer necessary. “I think I deserved the trophy,” said Goggia, who had won four out of five downhill runs this winter before her injury.

In the battle for the overall standings, the cancellation means an advantage for the leaders Alexis Pinturault (France) and Petra Vlhova (Slovakia), who are technology specialists and now do not lose any points compared to their pursuers Marco Odermatt and Lara Gut-Behrami (both Switzerland). “A day like today certainly doesn’t help,” said Odermatt, who is 31 points short of Pinturault, on Swiss television. The two Super-Gs are scheduled for Thursday.

“In order to be able to get through the program on Wednesday with the advanced training sessions, we had to rely on good conditions. Unfortunately, as feared, that was not the case, so the decision was made so early,” said FIS race director Markus Waldner about the rejection. For Thursday, the South Tyrolean is confident: “The weather forecasts look good, much better than in the last few days. The focus is now on getting the slopes in an optimal condition by then.”

A change in the program, such as moving the downhill runs to Friday at the expense of the almost insignificant team competition – Switzerland is more than 1,000 points ahead of Austria in the Nations Cup, however, was not an option. The FIS regulations do not allow this.

In the Super-G, world champion Vincent Kriechmayr has the best chances of being the first Austrian since Hannes Reichelt to win the small crystal ball in 2008. The 29-year-old starts the last speed race of the season with a full 83 points ahead of Odermatt. The Swiss must definitely win and at the same time hope that Kriechmayr will at best be 15th in order to make it to first place.

“It is definitely not mowed meadows,” said Kriechmayr, who wants to compete for the podium with a “top performance because getting a place usually takes revenge. So I will do it like the Super-G before. You have to always drive a bit tactically, “assured the Upper Austrian.