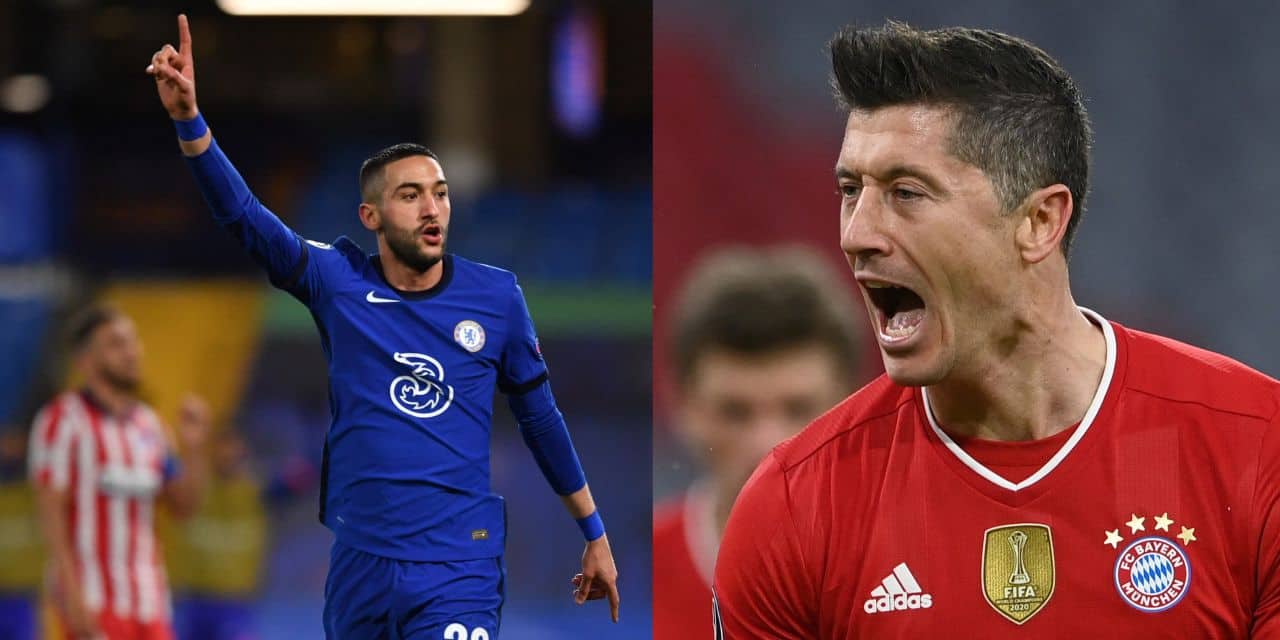 Qualification had already stretched out its arms to Bayern to go to Lazio (1-4). The defending champion made the encore at the Allianz Arena (2-1). Winner in the first leg at the Arena Nationala in Bucharest (0-1), Chelsea beat Atlético Madrid at Stamford Bridge (2-0). Yannick Carrasco stayed 63 minutes in the field with the ‘Colchoneros’, who finished ten following the exclusion of Stefan Savic (82nd).

Atlético directly launched the ‘remountada’ operation by Renan Lodi, who shot too softly after relying on Carrasco (4th). However, the ‘Blues’ were in focus on their ball exits and counted on the top speed of Timo Werner (19th). In the meantime, the ‘Colchoneros’ moved up a notch on the pitch and shook the opposing defense by Luis Suarez (23rd) and Carrasco (26th). While Atlético was on the attack, Werner let his ball speed speak to the left foot before serving Hakim Ziyech at the far post (32nd, 1-0).

At half-time, Atlético fell to three behind with the rise of Mario Hermoso instead of Lodi. This did not prevent the Blues from being more dangerous especially by Werner and Ziyech, who had several break points at the end of the foot. The ‘Colchoneros’ were helpless and did not give the impression of being able to score the goal, which would turn everything upside down. The exclusion of Savic for an elbow to Antonio Rüdiger did not make things easier and Emerson took the opportunity to close the proceedings (90th + 4, 2-0).

For Lazio, to qualify would have been a huge achievement: in 88 attempts, the teams having to go up a gap of three goals or more on the opposing lawn in C1 have been eliminated 88 times. On the side of Bayern, Manuel Neuer with a cold and Kingsley Coman, victim of muscle pain, were spared.

The Italians still had not touched the ball when a delivery from Robert Lewandowski’s header was returned by the Roman central hinge (4th). Little by little, Lazio returned to the match and thanks to Sergej Milinkovic-Savic were doing better than defending themselves. Neither team had gained the upper hand when Vedat Muriqi hung Leon Goretzka in the rectangle. After consulting the VAR, referee Istvan Kovacs awarded the penalty, which allowed Lewandowski to score his 39th goal in 35 matches this season (33rd, 1-0). On the restart, Bayern strafed the opposing zone by Lewandowski (48th, 68th), Benjamin Pavard (52nd) and Leroy Sane Mané (68th) but the second goal came by Maxim Choupo-Moting, mounted in place of Lewandowki ( 71st), who benefited from a good sequence of David Alaba (73rd, 2-1). Lazio, who had left his camp several times, reduced the gap by Marco Parolo, who adjusted a header at the far post (2-1).

Relive our multilive from 9pm: