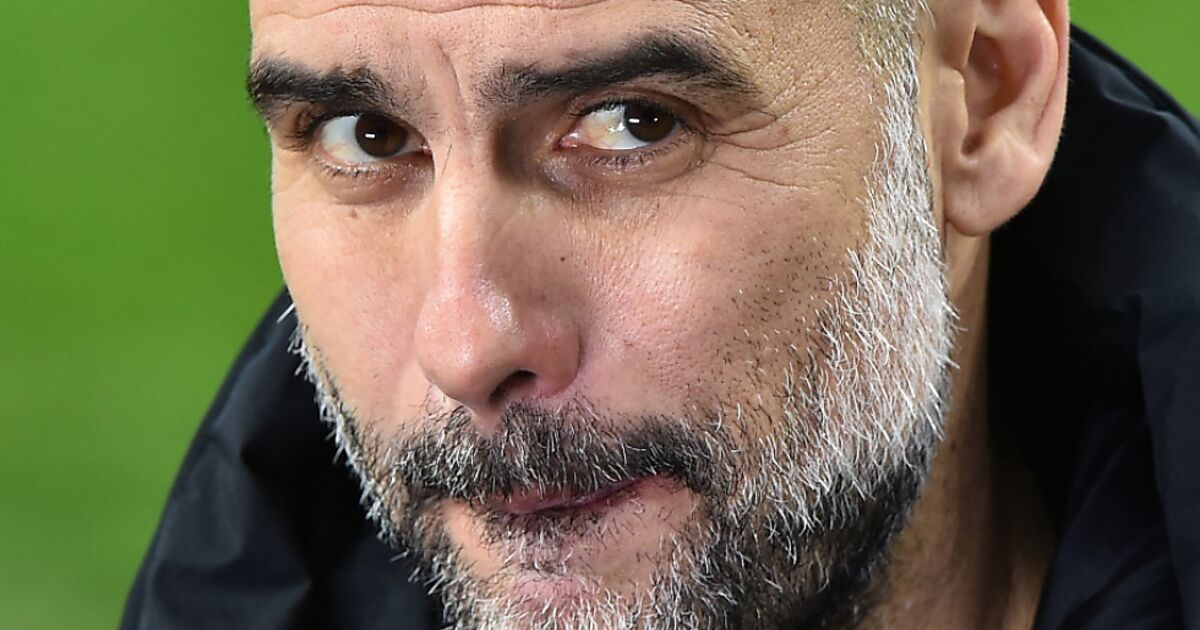 Manchester City and Real Madrid made it into the quarter-finals of the Champions League on Tuesday seemingly effortless. The 2-0 win against Borussia Mönchengladbach was reason enough for city coach Pep Guardiola to thank his defense, which conceded only one goal in eight CL games this season. “That’s pretty impressive,” noted Guardiola. Only in the first group game against Porto (1: 3) did the “Citizens” network bulge.

Since then you have been “clean” for over 11 hours. Guardiola therefore highlighted the center-back duo Ruben Dias and John Stones: “It cannot be denied that they have made an incredible step this season.” For the Spaniard, of course, the entire team is responsible for the success. “We defend with the ball. That is the most important thing – that we are stable enough when the opponent comes.”

For the fourth time in a row, his squad is in the quarter-finals, most recently against Liverpool, Tottenham and Lyon. Guardiola knows that the pressure to give the club the crown for the first time is great. “Since I’ve been here, I’ve been told that I have to win the Champions League. It always weighs on my shoulders, but I don’t worry about it,” said the CL winner with FC Barcelona in 2009 and 2011. “Me don’t think about the semi-finals. If you deserve it, you’ll move up. I just think of a good first leg and then a good second leg. “

For Mönchengladbach, the club of the ÖFB legionnaires Stefan Lainer, Valentino Lazaro and Hannes Wolf, the recent 0: 2 in Budapest was again an educational game despite a committed performance – in the middle of the worst crisis in a long time. In the past nine competitive games without a win, Gladbach lost eight times and seven times in a row. “We had an idea,” said coach Marco Rose, who was leaving in the summer, after the game and sighed. “Then you get a shot in the corner. And then the quality of City prevails.”

Said shot came from Kevin De Bruyne (12th). After Ilkay Gündogan increased shortly thereafter (18th), the round of 16 was finally decided and Gladbach had no more chance. “All in all, that’s very, very clear and clear. You can only congratulate. You have to acknowledge that,” said Rose. Since the ex-Salzburg coach announced his departure, the worm has been completely in it. For the 44-year-old, who not least played with the Borussia appendage, there is no reason to doubt the relationship with the club: “I have a great environment and I enjoy great trust in the club.”

Real coach Zinedine Zidane doesn’t have to worry about this at the moment. The 3: 1 (total 4: 1) against Atalanta Bergamo including goals from Karim Benzema (34th), Sergio Ramos (60th) and Marco Asensio (84th) brought his team back to the quarter-finals for the first time since the triumph in 2018 – and that completely sovereign. “We played excellently from start to finish, against a team that physically demands everything from you,” said the Frenchman with satisfaction. “We did what we had to do, both defensive and attacking. You could say it was a complete achievement.”