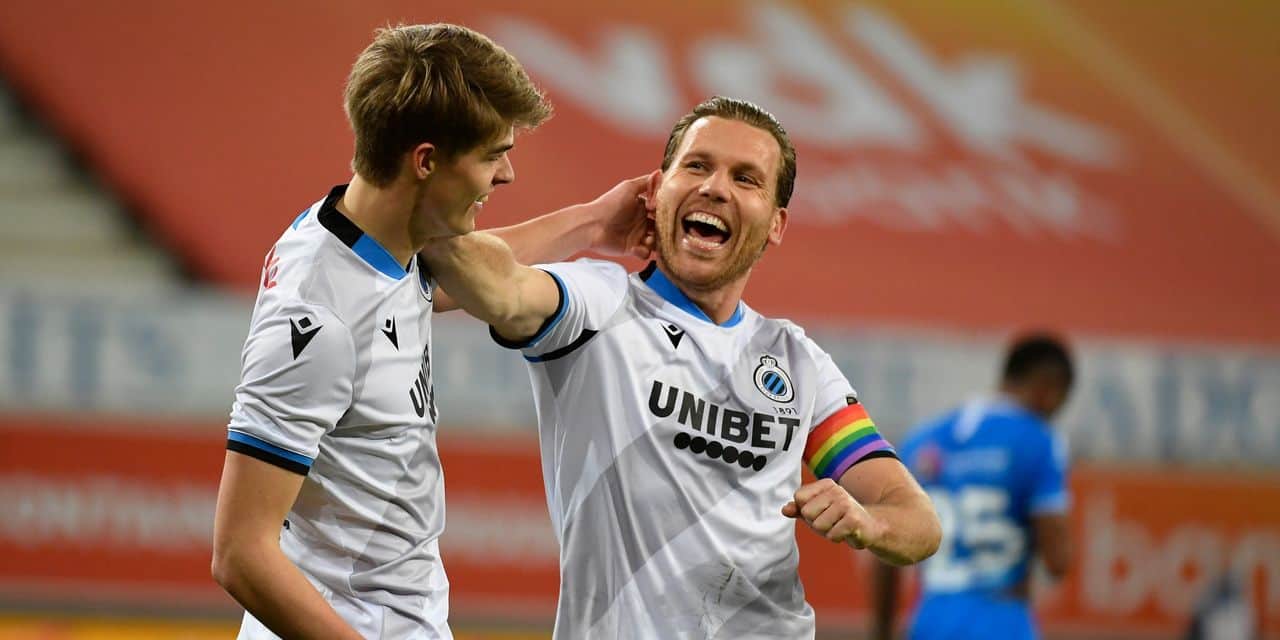 The match for the 28th day of the classic phase of the championship, scheduled for February 28, was postponed after seven positive Covid tests had been detected among the workforce of Bruges players. Following Monday’s result, all teams have 30 matches. Club Brugge takes the lead with 70 points, 19 more than second-placed Antwerp. La Gantoise is in 11th place and has 40 points. With a series of eight games without defeat in the competition and having not forgotten that they were the last to have overcome the Brugeois in our competition (December 20, 0-1), the players of Hein Vanhaezebrouck immediately took the match on their own and multiplied the real opportunities against Bruges who seemed dull.

Club could be happy to return to the locker room at the break without conceding a goal. Yet in an ideal position, Yaremchuk missed the frame of the head (13th) and especially of the foot (22nd). Mignolet then illustrated with his foot against Depoitre (31st). Mata again narrowly countered Mohammadi (35th) and finally a 25-meter drive from Owusu did not miss the target by much (43rd).

Philippe Clement changed three players as soon as the restart, De Ketelaere, Rits and Denswil took the places of Chong, Balanta and Sobol.

Judicious changes since Bruges regained control of the ball confiscated in the first period by the Ghent. And the result was not long in coming. The addition was heavy. In a quarter of an hour everything was settled.

De Ketelaere’s three-star service was masterfully converted into a goal by a subtle lob from Dost (52nd, 0-1).

Dominant Club Brugge were back. Lang-Vanaken-De Ketelaere action was punctuated by the young winger of the Red Devils (0-2, 64th). And the count was not yet good. Dost signed a brace with the head (0-3, 67th) bringing a total of 7 goals in 9 Jupiler Pro League games. In conclusion, the Venezuelan Daniel Perez, with a recovery of the head from a corner, opened his counter in the Belgian league (0-4, 80th).

Badly rewarded for its efforts in the first period, the Gantoise remains 6 points from the Top 4 while there are only 12 points to be awarded.

Previous Post
Van Moer disappointed after losing in the sprint in Tirreno-Adriatico: “I’m not going to sleep”
Next Post
Barcelona beat Huesca 4-1 in Messi’s record game