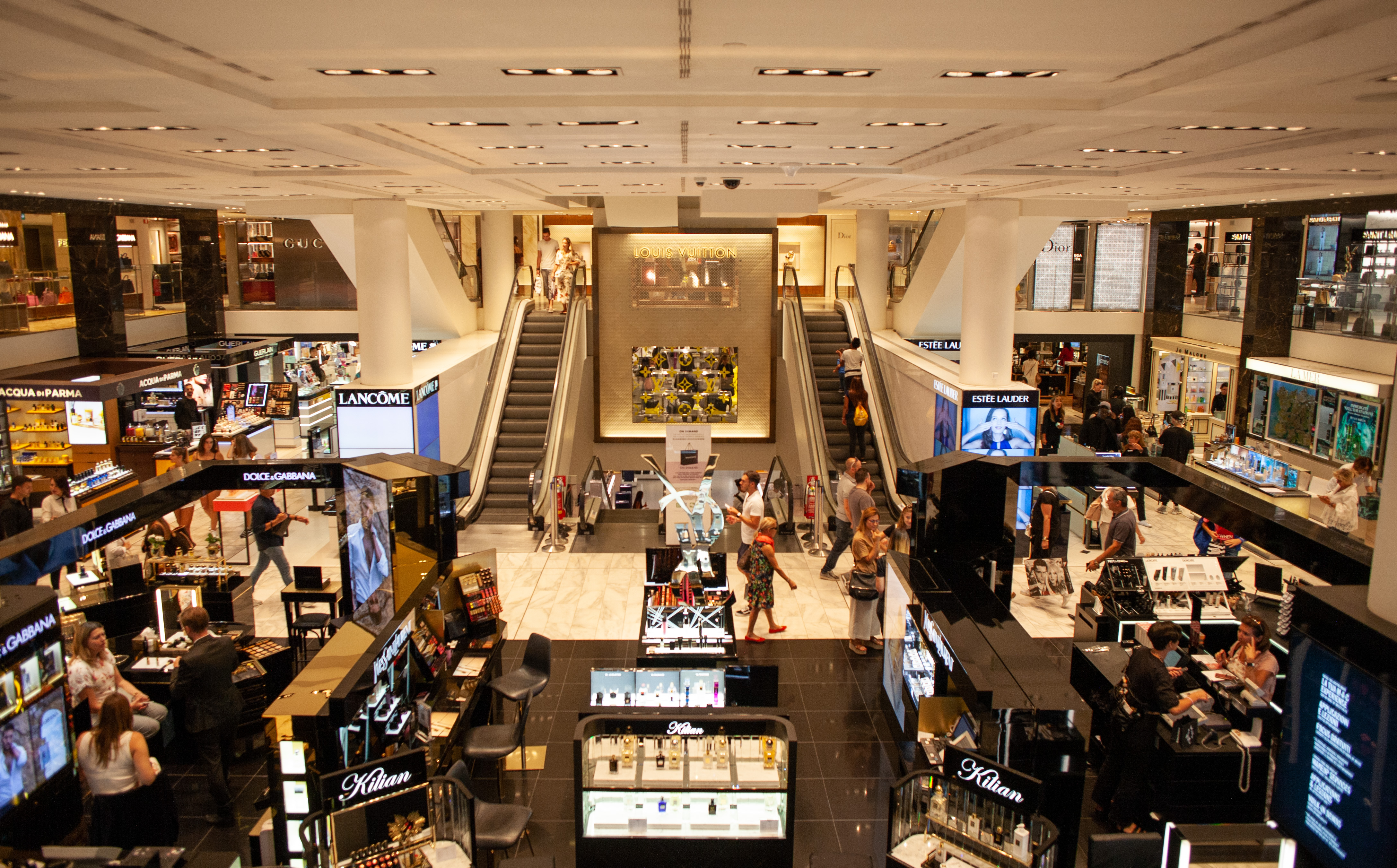 Collectors V Resellers, can’t we all get along?

Tens of thousands of years ago, the first humans survived as hunters and gatherers. Our ancestors went out into the wild with basic tools and weapons to hunt meat, and roamed the forest in search of fruits, vegetables, and berries. At the end of a hard day at the office, these simple folks would sit around the campfire to divide the spoils of the hunt. One of the cavemen always took a little more food than he could eat because he thought he could use it to trade later. If he didn’t want to clean up after himself, he’d just take someone else with some meat. Didn’t you feel like going out to hunt a mammoth? Wow, he would only offer a handful of berries for any man who went in his place. Once the other cavemen realized what he was doing, some of them started talking about it and an endless discussion began.

Okay, now my understanding of the dawn of our civilization might not be one hundred percent accurate, but the point is that if we fast-forward to 2016, essentially the same thing is happening today. No matter how far we’ve come as a species, there are always conflicts and there is always someone who seems to get ahead at someone else’s expense. But who is right and who is wrong? Is someone doing you wrong or is it just your perception of the situation because you are not getting your way? These are important questions, and when it comes to the subject of collectors and resellers in the retro gaming community, there is no easy answer.

The idea of ​​the retro game collection is simple. The collector wants old games. Maybe they want to preserve the history of video games for future generations. Maybe you really like to play old games that remind you of yesteryear. Maybe you just think that retro games look great on your shelves. Whatever the reasons behind this, the collector just wants to collect.

The collection has something that most of us can relate to. When you are in school, there is usually something that is popular and that all children like. When I was in elementary school, all those years ago, they were Garbage Gang trading cards. Man, we loved the Garbage Gang. We were crazy about them. Pretty much everyone in our class, boys and girls, collected the Garbage Gang, traded the Garbage Gang, and played with the Garbage Gang on our lunch break. That mindset sticks with many of us as we grow older, only most of us don’t continue to collect Garbage Gang until adulthood (I sold my full set in 2010 and put it to rest). As adults, our homes are filled with movies, music, books, and a lifetime of photos and memories. We have shelves full of books. Maybe it’s photographs or paintings or furniture. I like travel photographs and I hang them everywhere, but I will also always have a collection of games. There is something satisfying about having a collection of things that you love.

But at what point does selling something become morally questionable? Well, what if our caveman friend with the berries knows that his friend really loves berries and knows that he will work for them? Is that fair? What if your friend starves and puts him in a dangerous position because he knows he needs food so badly? So it’s a bit more questionable, surely, and you can understand why some may find that tactic aggravating.

Collecting versus reselling is an argument that has emerged within the retro game collector community in recent years precisely because of this moral gray area. Collectors want to collect because that’s what they like to do. Whether they are doing it to play games or to look at or to preserve, they are doing it for the love of collecting and not for their own personal monetary gain. Resellers have noted that these collectors are looking for old games, so they are looking to acquire games, particularly rarer titles, and then sell them to collectors for profit.

It’s easy to see why collectors might find resale so despicable. Reselling effectively increases the market value of games, making it difficult for collectors to do what they like to do. A reseller may go to a yard sale and see some old games that they know are worth a lot of money to the right people, but to the people who sell them, they are just rubbish that are sold for pennies. Have you seen Toy Story 2? It’s essentially what the chicken man does when he spies on Woody at the yard sale. He knows that the cowboy toy is worth a lot of money and therefore wants to try and trick Andy’s mother into selling it for next to nothing so that he can maximize his profits. Chicken Man may be an animated comedy villain (voiced by Wayne Knight, no less) but there are people who do that every weekend to try to make money off video game collectors, isn’t that something to do with it? that we should be upset?

There is something that seems inherently shady about buying games that you know are worth a lot of money from someone who doesn’t have that knowledge and is selling them cheaply, and then exploiting that situation for your own benefit. But is the reseller really the culprit?

For many thousands of years, gold has been a valuable asset here on Earth. The reason it is so valuable is that it is so rare. As I learned in a documentary starring Professor Brian Cox a couple of weeks ago, gold forms when massive stars explode, and those are such rare occurrences, that if you were to collect all the gold that the human race has found, it would just . fill three olympic pools. Today, we place value on things other than shiny rare metals that we dig out of the ground.

Games and gold are not that different. Resellers are essentially today’s finders, going out and looking for the precious items that they can then sell to the highest bidder (literally, in many cases, as these games end up extensively on eBay). Resellers look for a rare or valuable good and then sell it to make money. Collectors find it in poor taste because they think it increases the cost of the games they want to collect and because the resellers in question do not buy the games for the love of collecting, but for the love of profit.

But should collectors really envy resellers for a money-making opportunity? We all make money in our lives. And we all do different things to make money. Is it worse to make money selling old games than, say, selling your old clothes? Presumably, somewhere, there is someone who loves to collect old clothes. Are you currently on an internet forum somewhere, complaining about people who don’t mind collecting clothes who go to charity shops and take all the bargains?

More importantly, do the actions of resellers really negatively impact collectors’ ability to collect? Value is what someone is willing to pay for something, but if they can get it cheaper elsewhere, they likely will. A reseller cannot charge too much for the game they bought at a garage sale because unless there is only one copy, someone else will sell it at a much more reasonable price and the collector could just buy it from them. This is how the free market works. Purchases and sellers together determine the market value of an item. So if collectors don’t pay ridiculous prices for games offered by resellers, those resellers will have to lower their prices. It seems myopic to believe that there are evil resellers who buy up all the old game stocks and have all the poor collectors rebuild their houses so they can afford a copy of Stadium Events on the NES or Power Strike II on the Sega Master System.

The truth, as is often the case in this type of conflict, is somewhere in between. Resellers are essentially buying something and then selling it for a higher price. That’s exactly the same as stores around the world do, including stores that collectors often go to in search of classic games to buy. Collectors often get a handful of games from forums or a Facebook game page, knowing they already own most of those games and are only buying the package for one title, then they sell those duplicate copies of the games they own, unknowingly becoming resellers. I have done it myself. We all have …

There is no real black and white answer here. It’s easy to understand why some collectors hate the idea of ​​resellers getting in before them and finding a bargain-priced classic game. But there is nothing fundamentally wrong with someone selling items to make money. It is no different than how any store works. Buy low, sell high; it is the general principle under which any company operates around the world.

Maybe it’s time for collectors and resellers to lay down their guns and do their best to get along. A good friend of mine, who is a true and staunch collector, has befriended one of the aforementioned resellers and is now being offered the first choice on the fresh mint stock that the guys find every week. Sounds like a great solution to me! There are more than enough classic video games for everyone, and if you occasionally have to pay more money than you’d like to pay for something, then that’s the nature of collecting something. If you want something so desperately, then you need to be prepared to pay for it, and if you’re not, are you really that committed to collecting or just hoarding?

Hobbies cost money. My bank balance can attest to that. Over the years, I have spent a fortune on things that I enjoy and I wouldn’t even dare to guess how much money I have spent on video games. It bothers me? No. Games are my hobby, which is why I have been collecting games for more than twenty years. As we mentioned earlier, value is determined by how much someone is willing to pay for something. That also counts for collectors. How much will you pay for something you like to do?