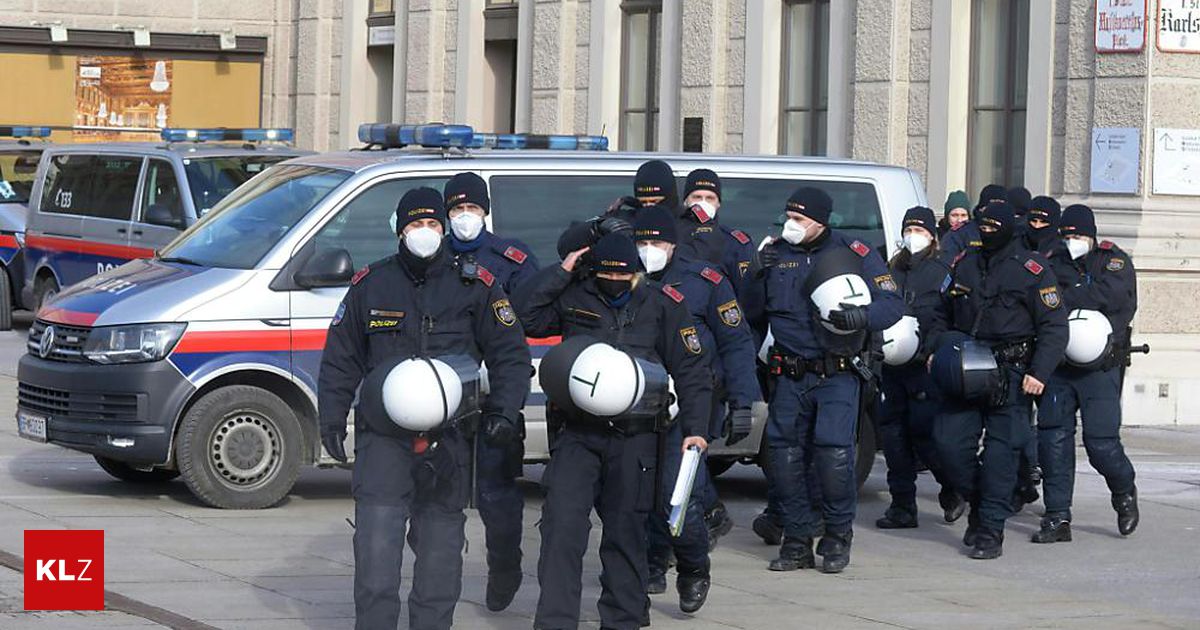 Saturday will again be used for rallies by opponents of the Corona measures. It is not yet known exactly where and when the demonstrations will take place.

The participants in the expected large-scale demo should only be informed shortly before the start of the protest actions via chat groups about where they want to gather. This is written by the initiators themselves and is also confirmed by the police. The FPÖ does not plan any activities this time.

The focus will probably be on that again Vienna city center where two weeks ago several thousand people, often disregarding the Corona rules, expressed their displeasure on the street. The liberal club chairman Herbert Kickl also had two rhetorical appearances, several members of his party accompanied him.

This time are no activities planned by the FPÖ, it said when asked. Kickl will not take part in any rallies either. It is not yet known whether other liberal mandataries will appear.

The situation is difficult for the police, as a number of further rallies have been announced apart from the Corona events, the largest of which, as is now customary, has not been approved.

For example, the initiators of a demonstration for a human asylum policy are expecting several hundred participants on Saturday afternoon at Karlsplatz in downtown Vienna.

A total of more than 100 rallies have already been announced for the weekend. Nine of these were banned because it was assumed that the corona protective measures such as wearing a mask and a two-meter distance would not be observed.

The Interior Ministry announced a “very difficult” situation for the police, but also predicts bystanders. Meetings and traffic obstructions must be expected in the entire inner-city area. Around 1,000 to 2,000 law enforcement officers will be on duty.

Police President Gerhard Pürstl Appealed to the population in view of the increasing number of infections to stay away from prohibited major events. If you want to go to the city center, you should use public transport, which is recommended. There, too, there should be controls regarding the mask requirement.

According to the Ministry of the Interior, there have been 885 meetings on the subject of Corona since December 26 of the previous year. Twelve officers and five demonstrators were injured. Almost 10,800 reports were filed, and arrests were made 215 times. The police have announced that they will take action on Saturday as well.