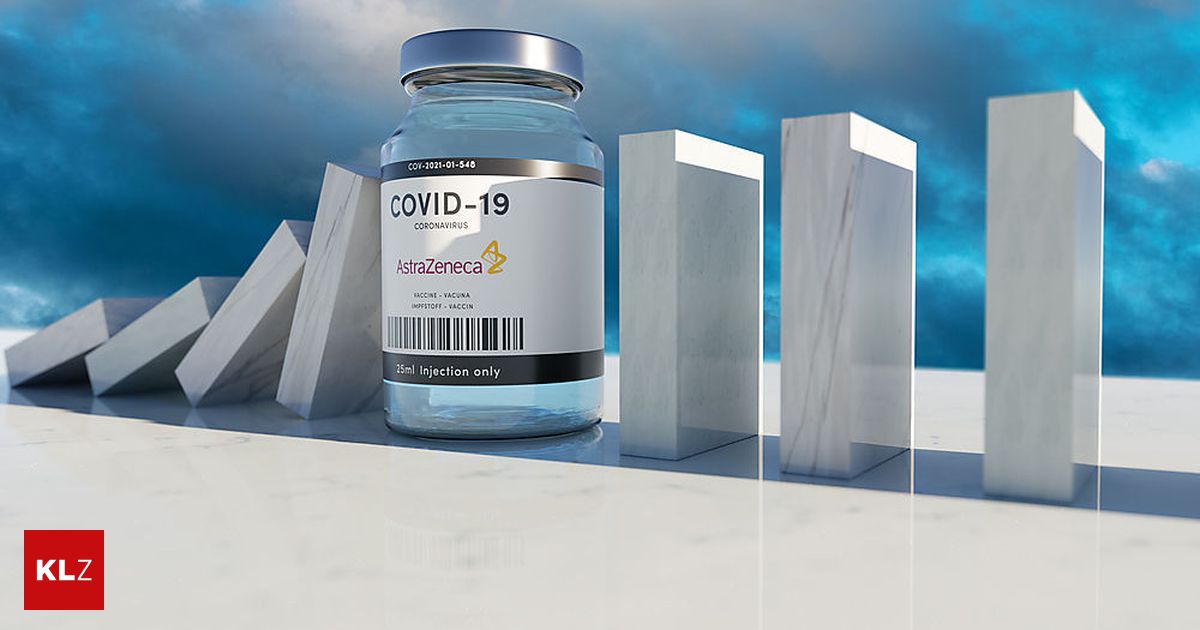 Despite vaccination bans in many countries: Austria continues to vaccinate with AstraZeneca for the time being

Corona vaccinations with the AstraZeneca vaccine are suspended in Germany as a precaution. The federal government is following a current recommendation from the Paul Ehrlich Institute, said a spokesman for the Federal Ministry of Health. After new reports about thrombosis of the brain veins in connection with the vaccination, further investigations are necessary. The European Medicines Agency (EMA) will decide “whether and how the new findings will affect the approval of the vaccine”.

Italy and France followed suit, as did Spain, Portugal and Slovenia. In Italy, the decision was taken on Monday by the Italian drug authority AIFA in Rome, which had already collected a batch of vaccine from the British-Swedish pharmaceutical company on Thursday.

Austria so defies the European trend and will continue to vaccinate with the controversial vaccine from AstraZeneca, according to the preliminary recommendation of the national vaccination board. However, it is also made clear that there is still a lack of data. Therefore, it is not possible to make a “final recommendation”, according to a broadcast by the committee.

The head of the vaccination department in the Ministry of Health, Maria Paulke-Korinek, sees no reason to cancel the upcoming vaccinations. For them the vaccine did one positive risk-benefit ratio.

Of course, the top official in the “ZiB2” restricted that one could be in the national vaccination committee only have the Austrian data available.

The EMA collects and evaluates all European data. Hence it is “really necessary” to access this information waiting. For Thursday a statement from the EMA is expected.

The reports of suspected side effects from various European countries that have been received so far are currently incomplete and difficult to compare, so that no summarizing statement or clear conclusions can be made, the committee writes. On Tuesday would however new data submitted to the European Medicines Agency (EMA), which should serve as a decision-making basis for the further procedure. The vaccination panel will therefore debate again on Tuesday.

A clear decision from the EU is required

Anschober demands pan-European overall approach, after many European countries have already suspended the inoculation. A clear decision and recommendation by the EMA for the member states are now required, so Anschober. “We got vaccinated on one common European approach agreed. National individual courses are neither effective nor trust-building in this context, “emphasized the Minister of Health.” If such far-reaching decisions are made, they have to go through well-founded data and facts clearly documented and best recommended by the responsible EMA. “

According to Anschober there is currently no proof for a causal connection between the vaccine from AstraZeneca and the currently discussed health events “which can also occur in unvaccinated people”.

The Czech Republic and Poland are also continuing, while France is suspending vaccinations with the AstraZeneca vaccine for the time being. France does not want to use the vaccine until the European Medicines Agency (EMA) has assessed it, said French President Emmanuel Macron on Monday at the Franco-Spanish summit with Spanish Prime Minister Pedro Sanchez in Montauban, southwest France.

It is a “precautionary measure” and there is hope that vaccinations with AstraZeneca could be resumed quickly. Macron said he wanted to suspend AstraZeneca until at least Tuesday afternoon.

Following reports of complications from blood clots after vaccination, the Netherlands, Ireland, Denmark, Norway and Iceland temporarily suspended the use of the vaccine. Austria stopped the use of certain batches.

Norway reported the death of a person after being vaccinated with the AstraZeneca vaccine. A nurse who younger than 50 Years old, died of cerebral haemorrhage on Monday, according to health officials. She came to the hospital after her vaccination, but it was still unclear whether there was a connection with the vaccination.

After a series of serious blood clots in people who had been vaccinated, Norway was one of the first countries to suspend vaccinations with the active ingredient from AstraZeneca as a precaution last Thursday. The authorities reported on Saturday three more “severe cases”, the victims were accordingly younger and had to be treated in the hospital. With them, too, it was unclear whether the vaccination was the trigger.

The Netherlandswho had temporarily stopped their AstraZeneca vaccinations on Sunday evening reported a total of ten caseswho had “thrombosis or embolism” after vaccination. Here, too, it was unclear whether they were directly related to the vaccination.

The Italian Justice determined after at least six deathsthat could be related to an AstraZeneca impulse. A 54-year-old woman was admitted to the intensive care unit of a Naples hospital on Monday after being vaccinated last week with a dose from the AstraZeneca batch ABV5811, which was drafted in Italy on Sunday. The woman, who was healthy before the vaccination, is in mortal danger, reported Italian media.

In Austria, a 49-year-old nurse from the Zwettl State Hospital died as a result of severe coagulation disorders, a 35-year-old colleague developed a pulmonary embolism, but was finally on the mend. In these two cases in Lower Austria, the women concerned had previously received vaccinations from the same batch of the AstraZeneca vaccine.

“Not related to blood clots”

AstraZeneca has defended its Covid-19 vaccine after reports of side effects. No increased risk of blood clots is seen in connection with the vaccine. An analysis of all safety data from more than 17 million people who were vaccinated with the drug in the EU and the UK showed no evidence of an increased risk of pulmonary embolism, deep vein thrombosis or a decrease in blood platelets, AstraZeneca said on Sunday evening.

Based on the data available, I consider this to be a mistake. Testing without suspension of vaccination would have been better because of the rarity of the complication. In the third wave, which is now picking up speed, the first vaccinations with the AstraZeneca vaccine would be lifesavers https://t.co/FYhon24KnN

From the perspective of the World Health Organization (WHO), the suspension of vaccinations with the AstraZeneca product in various countries is not yet an alarm signal. D.The incidents were not necessarily related to the vaccination, said WHO chief Tedros Adhanom Ghebreyesus am Monday in Geneva.

“It is a routine practice to investigate this.” It also shows that the monitoring system is working and that there are effective controls, said the WHO chief. A WHO specialist group on vaccine safety is analyzing the data and will consult with representatives of the European Medicines Agency (EMA) on Tuesday.

According to the data available so far, there is no accumulation of serious medical incidents, it was said. “So far we have not found a link between the events and the vaccinations,” said WHO expert Soumya Swaminathan. Among the 300 million vaccine doses administered worldwide by various manufacturers, there is so far no documented case of a causal relationship with fatal incidents. According to the current status, the advantage of a vaccination far outweighs the risk.

Previous Post
First corona lockdown exactly one year ago
Next Post
Van Moer disappointed after losing in the sprint in Tirreno-Adriatico: “I’m not going to sleep”