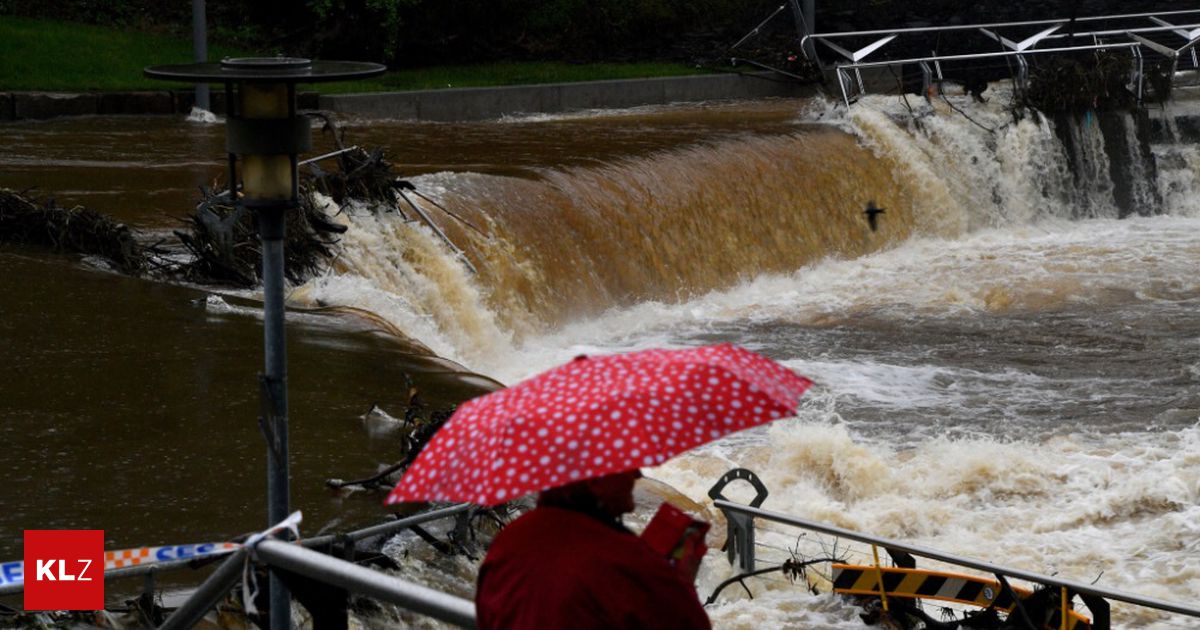 The flood warning applies to large parts of New South Wales and Queensland.

Due to persistent flooding after days of heavy rain on Australia’s east coast According to the authorities, thousands more people have to be evacuated in the metropolis of Sydney. “These are very, very serious and very severe storms and floods, and we are dealing with a very complex weather system, it is testing us, “Prime Minister Scott Morrison told the radio station” 2GB “on Monday.

A flood warning has been issued for large parts of the most populous state of New South Wales and neighboring Queensland. As early as Sunday, almost 2,000 residents of New South Wales were due in part to the worst floods in half a century been evacuated. The fast-flowing floods sometimes tore away houses and cars and cut off important transport links, as recorded on television and on social media showed.

According to meteorologists, the heavy rains are likely to continue until Wednesday. The weather is also likely to cause delays in corona vaccine delivery to the region.

Previous Post
Wellenreuther: “I want to stay n ° 1 when Van Crombrugge is fit”
Next Post
Trump is building his own platform after being kicked out of Twitter