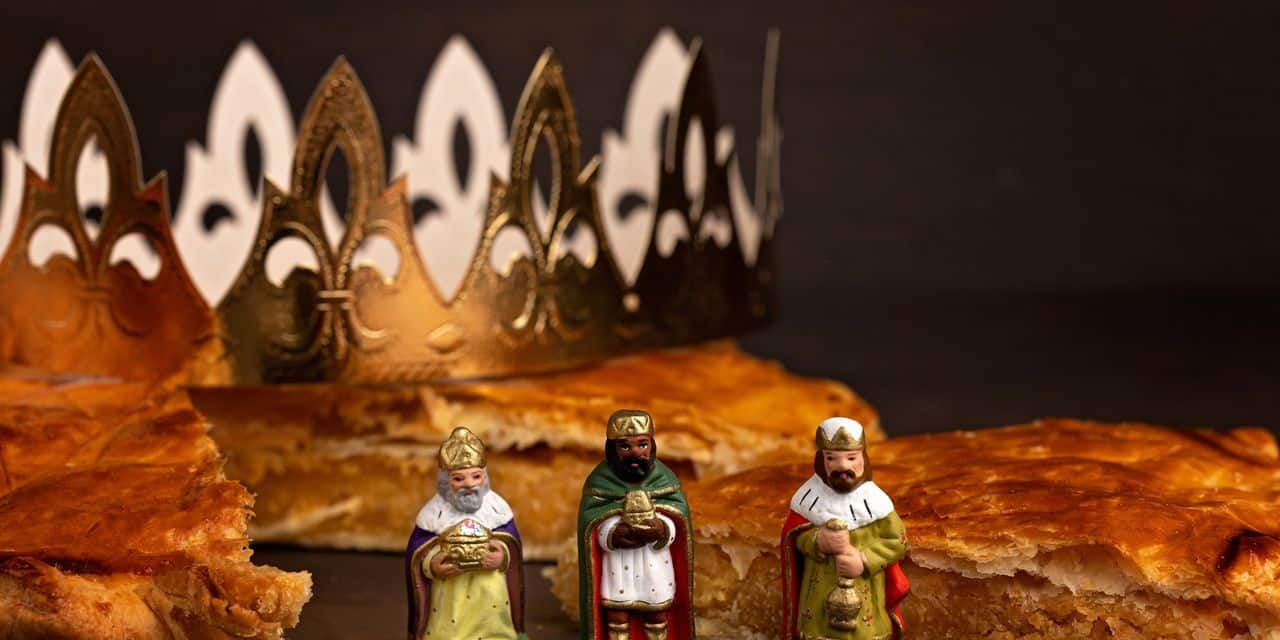 Epiphany: why do we hide a bean in the galette des rois?

If many gourmets are already sharing King’s pancakes since this Sunday, it is this Wednesday, January 6 that we officially celebrate Epiphany. The opportunity to look back on the origins of this tradition, and more particularly on the bean hidden inside these beautiful golden cakes.

If the feast of Epiphany – which commemorates the visit of the Three Kings who came to adore Jesus a few days after his birth – dates back to the year 0, the tradition of the cake and the bean, they did not appear until the period and was not associated with the birth of the Messiah at the time.

During Antiquity, the Romans used to celebrate the God Saturn by organizing a gigantic feast. These festivals, called the Saturnalia, took place around the Winter Solstice and brought together masters and slaves, without distinction. Together, they shared a cake in which was hidden a bean (at the time, it was indeed the legume, and not a plastic object). Whoever was lucky enough to fall on the bean then became king for the day and had the right to give pledges. A great opportunity to reverse the roles of master and slave for a day.

The tradition was then perpetuated, and the Catholic Church appropriated it in the 14th century. Christians then attributed the tradition of the cake of kings no longer to the Winter Solstice, but to Epiphany, celebrated on January 6.
Since then, this festival has evolved a lot, as have the beans hidden in the cakes. Today, exit the legumes: the bean comes in different forms, and bakers from all corners of the planet redouble their creativity every year to come up with new ideas.