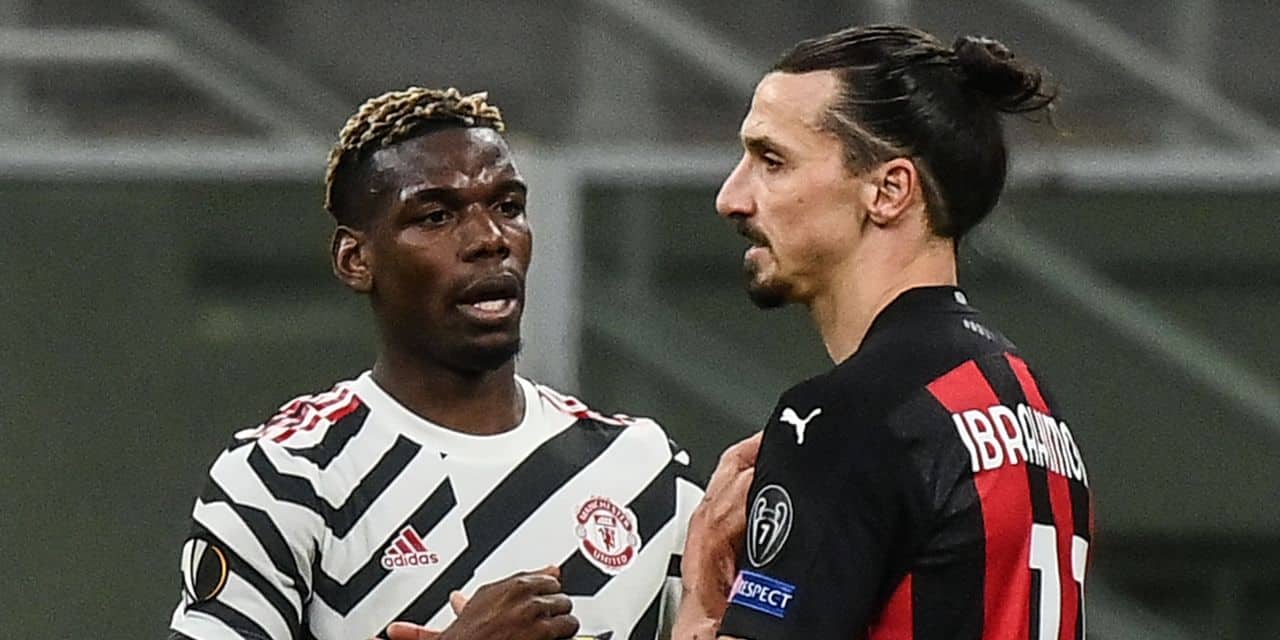 For their part, Arsenal went through the back door, beaten at home 1-0 by Olympiakos, but qualified for their 3-1 victory in the first leg in Piraeus.

In San Siro, Paul Pogba, who entered the game at the break in place of Marcus Rashford, was quick to sign his return by scoring with a subtle strike from close under the bar in the 49th minute. The French world champion had not played since February 6.

On the Milan side, Zlatan Ibrahimovic came into play in the 65th minute instead of the Spaniard Samu Castillejo, and almost equalized nine minutes later with a header, but goalkeeper Dean Henderson deflected for a corner (74th).

The Italian team, beaten Sunday by Naples (0-1) in the league, thus records its second defeat in a row at home.

In Zagreb, Dinamo created the feat of the day by eliminating Tottenham 3-0 after extra time.

José Mourinho’s men, 2-0 winners in the first leg in London, fell against the champion of Croatia who won thanks to a hat-trick from his center forward Mislav Orsic (62nd, 83rd, 106th), now at five goals this season in C3.

Arsenal, for its part, winner 3-1 on the alley in Piraeus, was surprised by a goal from Moroccan Youssef El Arabi, a strike in the area diverted by Brazilian defender Gabriel (51st).

El Arabi had already scored in the first leg of the champions of Greece who played Thursday without their French playmaker Mathieu Valbuena, injured.

At the end of the match Pierre-Emerick Aubameyang had the opportunity to equalize on a quick counter-attack, but his left dive, alone against Portuguese goalkeeper José Sa, missed the goal (80th).

In Glasgow, Slavia Prague trapped the Rangers, new Scottish champions, 2-0, while the two teams had drawn in the first leg (1-1). The goals were scored by the Nigerian Peter Olayinka (14th) and the Romanian Nicolae Stanciu (74th), while the Rangers finished ten following the exclusion of the Englishman Kemar Roofe (62nd) and the Nigerian Leon Balogun (73rd). .

Ajax, Lille striker in the previous round, won 2-0 (goals from the Brazilian David Neres in the 21st and the Serbian Dusan Tadic from the penalty spot in the 49th) on the field of the Young Boys of Bern after already imposed 3-0 in the first leg.

In the other matches early in the evening, AS Roma, already victorious 3-0 in the first leg, won again on Shakhtar Donetsk (2-1) with a brace from the center-forward Spanish Borja Mayoral (48th, 72nd), his sixth and seventh goals in C3 this season.

The Ukrainian striker of Brazilian origin Junior Moraes had equalized for Shakhtar (59th).

Like Arsenal, 8th in La Liga, Granada were beaten 2-1 in Norway by Molde, but fell short in favor of their 2-0 victory in Spain.

The draw for the quarter-finals will be carried out on Friday in Nyon after that of the Champions League.