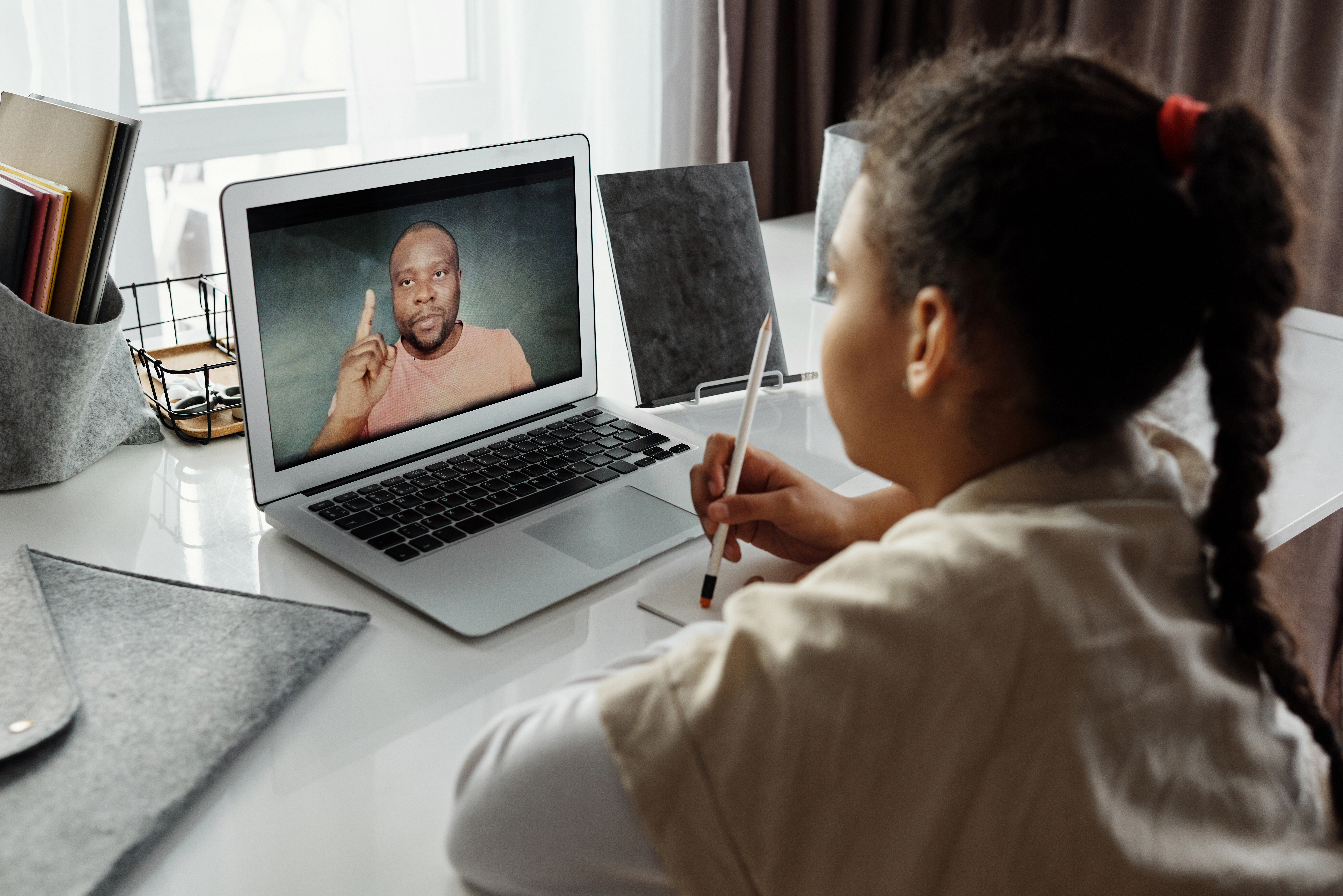 Even the smallest hand can hold a diamond

I recently attended a circus wedding. I mean a circus-themed wedding, not an “under the big top” wedding, although there were a lot of fantastic shenanigans and enough antics that one might have a hard time differentiating the two.

Near the entrance of the store there was a table full of circus curiosities presented as tokens for the enjoyment of the guests. One could enthusiastically snatch a Dudley Do-Right sticky mustache or enjoy the taste of a pure spun fudge. Or perhaps the more pragmatic guest (with December just around the corner) could choose one of the red foam noses, making it doubly useful for Christmas. But to me, it seemed like a risky temptation of fate to choose the mustache, as I had recently seen small hairs sprout from my upper lip where there were none before. And while easily tempted by sweets, I admit I’m something of a cotton candy snob in believing that consuming it from a prepackaged bucket took all the goodies out of its fluffy purpose and sticky intentions. My lack of pragmatism (but to my credit, my awareness of that lack) spared my red foam nose, as I could never locate it in its time of need. I would surely reappear one day behind a dresser or under a pile of books during a cleaning spree, probably around Easter, so it would be a moot point at the end of my nose.

I was about to exercise my freedom not to choose, which is out of place for me as I love freebies, when I noticed something magically appear on the third of the three-ring centerpiece. Tiny, realistic human hands, each perched on a straw, were placed in a vase to pose as a tiny bouquet of beige daffodils. There was a devilish beauty about them, and I was instantly amused. Without thinking or hesitation, I freed myself from one of his previous arrangement and chose the finger puppet of a small human hand to accompany me throughout the night.

The little hand and I are not parting soon. In the weeks that followed, I would often roll down my shirt sleeve and place the little hand on my finger to allow the realistic, doll-sized version to do my bidding. I shared little nickel bumps with the energetic guys at the store who were carrying my trunk. To alleviate the monotony of bored waiters and waitresses, I slapped my cheek in restaurants as if trying to make a difficult menu choice. I sat in my car at traffic lights and stroked my chin with my tiny hand, offering fellow drivers a view of someone reflecting on the universe, and told them a fun story to share at the dinner table or between cubicles. of the Office. All these little acts seemed to bring humor in some tiny way. And to think that I participated in that.

I became very fond of the Lilliputian limb and its fleshy rubber fingers, each the size of a matchstick; so much, in fact, that I carried it with me in my bag, like a little phalangeal talisman. Then one day, I saw an opportunity to use my little hand to bond with my teenage son. He and I were together in the car running errands, albeit a bit reluctantly on his part, and from the restless, waning conversation, I could tell he was gasping for breath from fatigue from the process. Young people today have no resistance in the face of the waves of boredom that incessantly hit the shores of everyday life, so I took quick action and made a hasty decision, the same way I do so many: robust with good intentions and complete lack of forecast. I did not waste a moment to consider how this action would be perceived. I was becoming a rogue.

I pulled into the driveway of his favorite fast food place, and he sat upright with the excited expression of a dog listening to Croquettes falling into a bowl. We placed our order and I opened my bag to retrieve my credit card. There sat the little hand, greeting me with a friendly greeting. Even small gestures deserve recognition.

I rolled down my sleeve, placed my fleshy miniature finger puppet-style hand on my index finger, and wedged my credit card between its rubber phalanxes. My son stared at me and, with the teenage economy of words, said simply, “uh-uh, no way.” I interpreted this to mean: do it! I know the language of teenagers. With the buzz of the car window opening, I reached out my arm to the unsuspecting employee who was simultaneously reaching through his window to get my pay. He shuddered and reflexively withdrew, but after a brief pause, he saw the humor of my little hand, now peeking out from the end of my covered fist, and proceeded to extract my credit card from his tiny grip.

His ensuing laugh grew exponentially into what one in this milieu could only define as “great,” and the mortification mixed with the fascination emanating from my son was as satisfying as the applause of a comedian. Comedy does not have to be a market produced and consumed solely by young people; elders can be wickedly capricious.

The clerk, still captivated by the antics, returned my card, being very careful when he slipped it between the flexible fingers of the little hand. As he delivered our fried food, he announced that the laughter was worth more than the food and therefore would be “About me”, which I mistook for the joke, not the food. I left with a little hello, a miniature hello, and a polite “Thank you.”

As I walked away, my son looked at the receipt and announced, “Damn, Dang … it was free, seriously!” to indicate that our food had, in fact, been provided free of charge. I was surprised, flattered, and touched that my capricious act had brought about such gut-filled happiness, twice, as I watched my teenager eat a dozen chicken things, empty a box of French fries, and empty the whole wad with a liter of soda. So who says you can’t feed a family laughing? Talk about a happy meal.

Moments later, in an office supply store, searching for the perfect fine-tip marker, the earlier act of kindness and generosity on the part of the fast food clerk still permeated the air, like the aura of perfume. I could not shake this happy haze in my midst, nor did I try; I wallowed in it. However, it will not be fully experienced (even after obtaining the perfect fine point marker) until it is fully recognized. This act of kindness required retaliation of the cleverest kind.

Fat and happy, my teenage son wanted to come home at this highlight of the day, but I pushed him to the limit by saying, “But wait, there’s more” and he collapses in the seat. “We need gas … fuel, gasoline” to which there is no answer. I went into the station and parked, not near the pump, but near the door. He made no move to release his seat belt, indicating his intention to wait in the car. Once again, I used my maternal lubricant to free him of his own stubbornness. “I’ll get you an ice cream, big baby.” He gets out of the car and, as he’s been taught, holds the door when we walk into the store together.

As the friendly young cashier called for the ice cream, I asked her for the only solitary item I came for. “What kind of lottery ticket would you like?” It was all he said, before a flood of questions and recommendations emerged from the helpful crowd of strangers in the store. Naively, I did not know that this request would come with options or trigger such assistance. “I want a random one for the next billionaire thingy.” And then I added, “Wait. I need two.” I turned to the ice cream parlor and said, “One will be for us.”

Returning to the fast food establishment and passing the box of screeches, I walked over to the window. The same employee was still there. He pushed the window open, looking confused, since he hadn’t placed any orders. This time he saw a charmingly folded lottery ticket in the tiny hand and wedged securely between the fleshy fingers. “This is for you,” I told him. He picked up the bill and looked at it with a mixture of surprise and confusion. I continued: “It’s the Lucky for Life ticket. The drawing is tonight at eleven. What you did before was very generous and now I’m paying it forward, and well, backward too I guess. I hope you win a million dollars and when you do, I hope you do a lot of good things for a lot of people. Have a great day. ” I peeled off, leaving the plastic tag with his name on his shirt still unread.

The silence in the car lasted three traffic lights before my teenager spoke: “If we win, I’ll get half, right?” he asked, between licks.

I slap the little hand on my wrinkled forehead, “Eureka!” I told my son, who was busy pushing the ice cream down the hole in the cake. “Even better than that,” I said, “I’ll double your investment, which is … oh wait … you couldn’t invest, so nothing. You won’t get anything.” I burst out laughing, and although he tried very hard not to look amused, I saw the invisible smile on his face.

He shook his head and muttered through the mash in his mouth, “That was good, Mom. I wish I had gotten it on Snapchat.”

The next day, the newspaper headline read THE FAST FOOD WORKER WINS THE LOTTERY. The story that followed: An anonymous and mean old lady donates a lottery ticket to a fast food worker who wins THE BIGGIE. Mr. Lucas Petitemain, in honor of his wounded warrior brother, plans to establish a foundation to provide bionic limbs to those in need.

Well, at least it’s lovely to think about … that, what could have been.