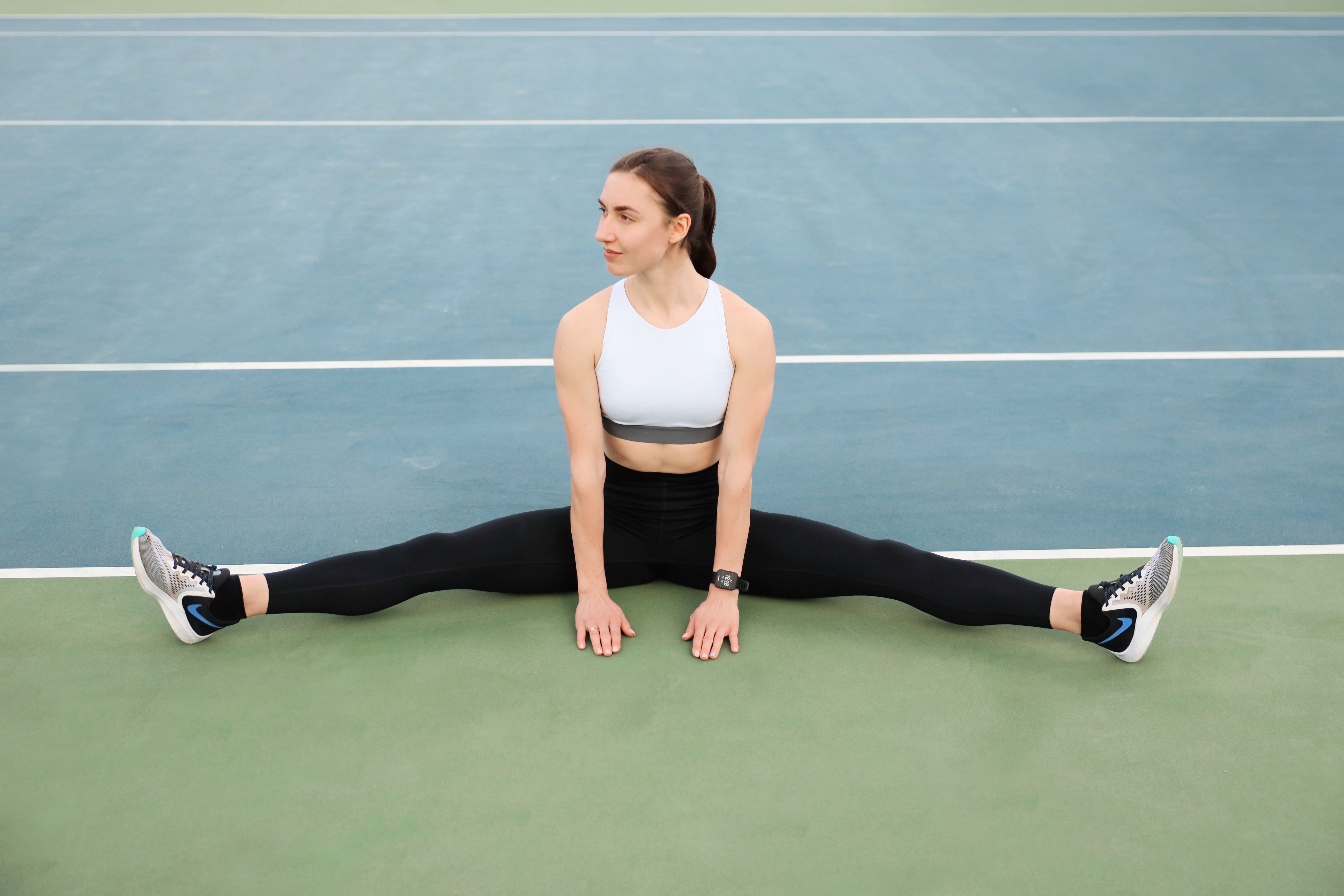 Many people today make some very serious and disturbing assumptions about past unethical behavior by humans. My theories may be biased and place too much value on a time before the Empire and there is less data due to the destructive power of the Empire and the hegemony that will follow. However, that data is purer and less likely to have been promoted or propagandized for the interests of power brokers. Top scholars and those who are regarded as great scholars still debate whether women ever had equal rights, with some claiming that there were never any high-profile matriarchal societies. I would be surprised if there weren’t many different approaches used in various cultures and millennia before the Ice Age we just experienced and after, which led to what we call history. Much of current history bears all the hallmarks of hegemony similar to the Middle Ages, according to John Ralston Saul, who says that it “has come to resemble the dark and controlling scholasticism of the Middle Ages.” (1)

Could it be that ethics and moral behavior were more important in the longhouses of the Celts and North American Indians, as well as in other societies throughout this amazing world? We now know that it has been traversed by ancient humans who loved and played all over the place for a much longer period than we have been led to believe, although many may not be aware of these facts. Is it possible that basic principles were easily communicated and respect was the goal of people a long time ago? Why even debate the point about power and money? They didn’t need it. Western society still has much of the ingrained misogyny from millennia of Mediterranean macho customs, and the rest of the world is much worse. What bigger problem is there than incest and family violence? It rots the fabric of families and society as a whole. This quote from the respected anthropologist Carlton Coon about the ‘hunting societies’ of prehistory sets a scene for us to appreciate and evaluate.

“While under certain circumstances, in some societies, a young man may marry a woman after menopause, he may be able to have sexual relations with other women and eventually get a nubile second wife.” (two)

This seems like a viable arrangement that includes education and family planning to avoid unnecessary abortions or mouths that are not truly cared for, doesn’t it? The older woman would presumably be able to satisfy the early sexual energy of the young man, without bringing his social or tribal culture into all the problems associated with children having children, as is often the case today. The young man might even develop some sexual techniques and understand his impulses better than pure lustful infatuation or the need to run away and fight to obtain rape and pillage for some Lord or Caesar. Then, when he’s financially and emotionally ready to be a father, he could do a decent job. Coon was able to observe that this still exists in some Neolithic societies today. When the second wife arrived, she might present some problems, but in most cases, the first wife would probably enjoy helping the new wife better understand her opportunities. Yes, I guess I’m exaggerating, but in the Celtic clans it was even better than I’m suggesting.

The children were a resource and a source of pride for the entire clan. In the dynamic of raising a child, this allowed many things to happen in a more mature environment and with less emotional blackmail. This does not diminish the aspirations that parents have for their children, but it greatly reduces vicarious pressure, since parents have to spend all hours of the day attending to the needs of children; that he sees a way to get what he wants by playing unrealistic parents who have yet to learn what they need to know. There are aspects of North American Indian tribes that show a similar approach to parenting. The Stadacona Indians sent some of their children with Cartier, just as the Kelts shared educational opportunities with business associates. The aunts and uncles discipline the children among the Cree. Extended family and communal life are very underground and even Gibbon noted that there were Indian heraldic insignia that mirrored that of British heraldry.

The Huron and the Iroquois are more like the Irish or Norse Celts in their social structure. Crimes committed by a member of a family or clan (tribe) are paid for by the entire family. With this kind of police or morale, the bureaucracy would starve for lack of something to do. Compassion and behavior modification from a family is better than police or prisons I think. The women of the Iroquois were the decision makers in most cases, except in the day-to-day running of a war once it was passed. These women owned the property or leases. No one owned the land as was true of the Celtic land use laws that the English had to do away with along with every other just culture when they finally forced Ireland under their rule. The Indians still practice Potlatch or the giving of respect and goods despite the 1920 law against it in Canada. We can all imagine that the tax collectors do not like this kind of customs. It was much more than mere taxes that the government sought, and the Supreme Court ruled that the government and the Catholic Church intended the total destruction of indigenous beliefs, in recent rulings.

“In any event, the recognized incest taboo in any hunting society has some bearing on his (or his and/or his parents’) choice of a marital partner. Of these prohibitions there are three basic and fairly basic incest taboos. different, prohibiting relationships between father and daughter, mother and son, and brother and sister. These prohibitions are not based on instinct or the inductive experience of the genetic consequences that sometimes result {as idiots and hemophiliacs or sexual deviants that lead us as a result of ‘noble’ heritage – to war and other great heroic endeavours.} Some people rape them, but if so, the rapes do not result in marriage.

To a large extent, these primary incest taboos are based on two types of antisocial outcomes. The relationships between parents and children would break the lines of authority between generations, lines that hold the family together. Sexual relations between siblings during adolescence would inhibit intermarriage between families, reducing their interdependence. If a married woman were to have sexual relations with her brother, it would create a state of serious conflict between her husband and her brother-in-law, two relatives by marriage who, in certain cultures, might need each other’s trust and help.” ( 3)

The “dominant scholasticism of the Middle Ages” referred to by Ralston Saul was part of the ongoing effort to destroy these royal family values. The marriage laws of the Celts had to be done away with because these laws were fair and just to women and children. Bastards were never possible in Celtic society and the idea of ​​a single mother was totally different from today. Of course, the payment of mercenaries including rape and plunder that allowed men to gradually lose all taboos or decent constructions based on the ancient means of mutual care that were part of all systems developed by the Brotherhood, through of common sense. The elevation of the Gods from the status of hero (human mother) to Divine Rights and separated from Nature, is at the root of much of it. Heyerdahl believes that Odin was a Celtic king in southern Russia at the time of Christ and I find this very likely. When man began to say that other men were incapable of understanding nature and needed an interpreter for the collective soul of humanity and all of life, things began to descend into hegemony that often even denies that man has a soul.

The extent of libel by scholars who fail to delve into the reasons for Caesar’s propaganda or cite others who did not exercise due diligence is as apparent today as it ever was. People who focus on Celtic sacrifices and trophy head customs are telling a fact, but not the whole truth. What is abortion and capital punishment if not sacrificing people’s lives, perhaps for a common good? Victorian sanctimoniousness further developed the fear of the ‘sins and demons’ of Jehovah’s greed. In fact, the Western Tradition has succeeded in destroying all Ancient Knowledge if one believes in what is allowed to spread through “official” or educational channels. The Temples of Saphos and Mesopotamia united all Mediterranean cultures in some form of forced prostitution of women, while the Biblical ‘Devotees’ were slaughtered when the priest or his cronies ended other obvious and disgusting uses of them. Often orphans and abandoned children caused by the changing laws and racial riots and prejudice fostered in these times, led souls to a place worse than Hell ruled by Catholics created by Satan. The excellent book called the golden bough by Sir James Frazer gives ample evidence from credible sources about the burning of red heads and women of all classes who are forced to sell their bodies and give the money to the Temple. It may have started with Abraham (and other Ur-Story defenders with their harems) and their baby factories, but it certainly wasn’t the way of the ancient Celts even after their time. North American Indians and Native Hawaiians are ample testimony to the diversity of Celtic egalitarian approaches.