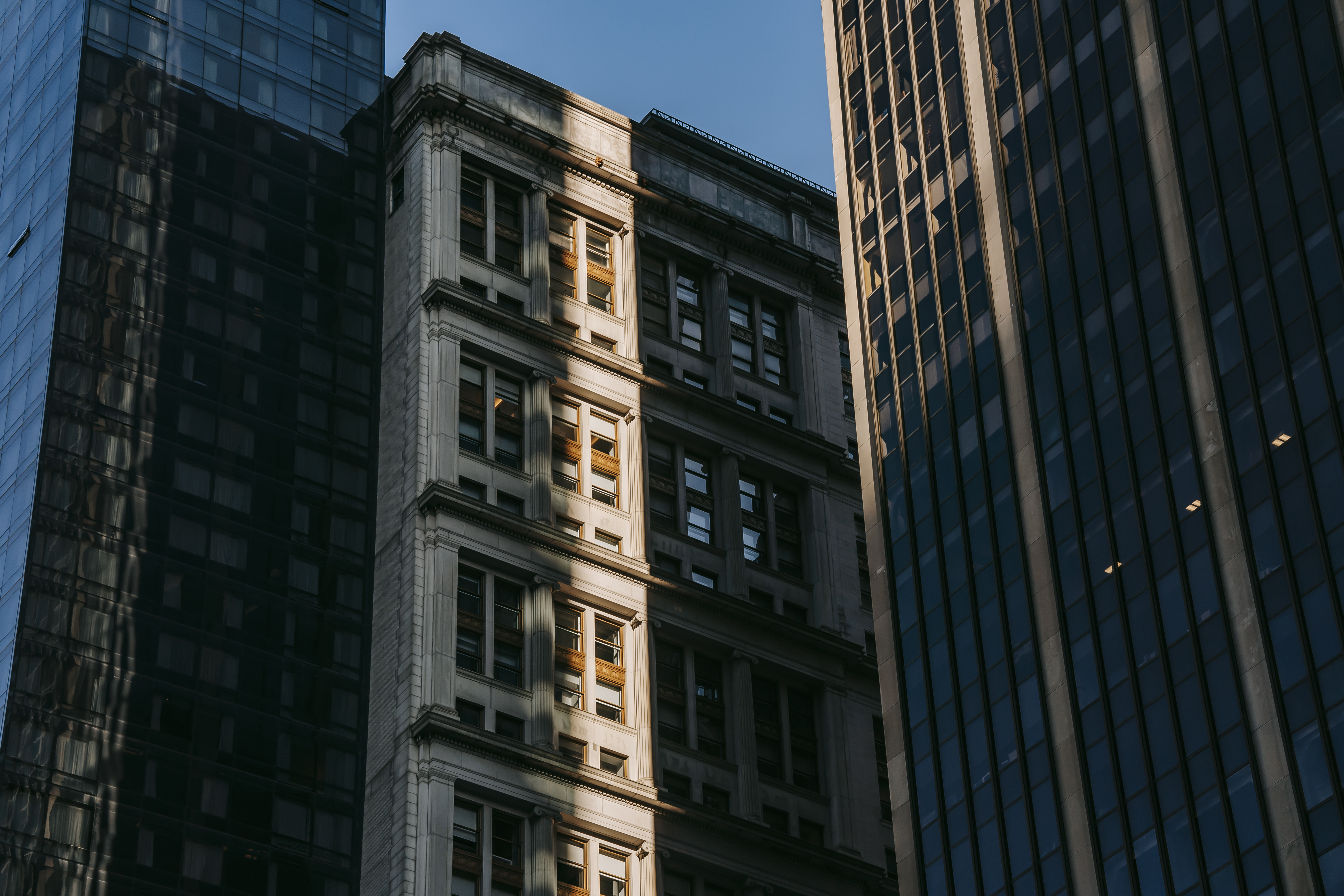 The Financial Accounting Standards Board (FASB) on August 17, 2010 published its “exposure draft” that requires companies to record almost all leases on their balance sheets as a “right-of-use” asset and a “payment of corresponding future lease – liability”. . What does this mean for your business in simple terms? This proposal essentially eliminates operating leases; all leases (unless immaterial) would be capitalized using the present value of the minimum lease payments. Therefore, companies that in the past had off-balance sheet lease obligations must now record these obligations on their balance sheet.

A key point to consider regarding the proposed lease accounting changes is that, in all likelihood, existing operating leases, signed prior to the implementation of the new rules, will require reclassification as capital leases that must be accounted for on the balance sheet. This means that real estate professionals must immediately consider the effect existing and planned leases will have on financial statements once the proposed rules are implemented. Since operating lease obligations can represent a larger liability than all balance sheet assets combined, lease reclassification can significantly alter companies’ balance sheets.

The impact of recording these lease obligations on the balance sheet can have multiple impacts, such as: companies needing to alert their lenders as they will now default on their loan covenants, negotiating new loan covenants with lenders due to the upgrade financial statements, the ratios used to assess a company’s credit potential will be adversely affected and restatement of a lessee’s financial statement once the change takes effect may result in a lower principal balance and changes in various ratios. accountants

The conceptual basis for lease accounting would change from determining when “substantially all the benefits and risks of ownership” have been transferred, to recognizing the “right of use” as an asset and apportioning the assets (and liabilities) between the lessee and the landlord.

As part of the FASB’s announcement, the Board stated that, in its opinion, “current accounting in this area does not clearly reflect the resources and obligations arising from leasing transactions.” This suggests that the end result will likely require more leasing activity to be reflected on the balance sheet than it currently is. In other words, many, perhaps virtually all, leases now considered operating are likely to be considered capital under the new standards. Therefore, many companies with large operating lease portfolios are likely to see a major change in their corporate financial statements.

Part of the purpose of this is to coordinate lease accounting standards with the International Accounting Standards Board (IASB), which sets accounting standards for Europe and many other countries. The IASB and FASB currently have substantial differences in their treatment of leases; Particularly notable is that the FAS 13 “bright line” tests (if the lease term is 75% or more of the economic life, and if the present value of the rentals is 90% or more of fair value) do not they are used by the IASB, which prefers a “facts and circumstances” approach that involves more judgment calls. Both, however, have the concept of capital (or financial) and operating leases, however the dividing line between said leases is drawn.

The FASB will accept public comments on this proposed change until December 15, 2010. If the FASB makes a final decision in 2011 regarding this proposed lease accounting change, the new rules will become effective in 2013.

Additionally, Securities and Exchange Commission staff reported in a report mandated by Sarbanes-Oxley, that the amount of operating leases held off-balance sheet is estimated at $1.25 trillion that would be transferred to corporate balance sheets if this accounting proposal the change is adopted.

The impact on the Commercial Real Estate market would be substantial and will have a significant impact on commercial renters and owners. David Nebiker, Managing Partner of ProTenant (a commercial real estate firm focused on helping Denver and regional businesses strategize, develop and implement long-term, comprehensive facility solutions) added, “This proposed change not only affects tenants and landlords, but intermediaries, as it increases the complexity of leases and provides a strong impetus for tenants to execute short-term leases.

Short-term leases create financial problems for homeowners as lenders and investors prefer longer-term leases to secure their investment. Therefore, homeowners should secure financing to purchase or refinance prior to the implementation of this regulation, as financing will be considerably more difficult in the future.

This accounting change will increase the administrative burden on businesses and will effectively eliminate the rental premium for single-tenant buildings. John McAslan, associate at ProTenant, added: “The impact of this proposed change will have a significant impact on the behavior of leasing. Landlords of single-tenant buildings may be wondering why not just own the building, if I have to register it? on my financial statements anyway.”

Under the proposed rules, lessees would have to capitalize the present value of virtually all “probable” lease obligations on corporate balance sheets. The FASB views leasing as essentially a form of financing in which the lessor allows the lessee to use a capital asset, in exchange for a lease payment that includes principal and interest, similar to a mortgage.

David Nebiker said that “regulators have missed the point of why most companies lease and that is because of flexibility as their workforce expands and contracts, as location needs change, and companies they prefer to invest their cash in producing income growth, rather than owning real estate.”

The proposed accounting changes will also affect owners, especially companies that are publicly traded or have public debt with audited financial statements. Shopping center owners and trusts will be required to conduct analyzes for each tenant located in their buildings or shopping centers, looking at terms of occupancy and contingent lease rates.

Proactive landlords, renters and brokers should familiarize themselves with the proposed standards that could go into effect in 2013 and begin negotiating leases accordingly.

The end result of this proposed lease accounting change is an increased compliance burden for the lessee, as all leases will have a deferred tax component, will be accounted for on the balance sheet, will require periodic reassessment, and may require more detailed disclosure. of the financial statements.

Therefore, lessors must know how to structure and sell transactions that will be desirable to lessees in the future. Many lessees will find that the new rules eliminate the off-balance sheet benefits that FASB 13 provided in the past and will find leasing a less beneficial option. They may also see the new standards as more cumbersome and complicated to account for and disclose. Ultimately, it will become a challenge for every commercial real estate landlord and broker to find a new approach to marketing commercial real estate leases that makes them more attractive than ownership.

However, this proposed accounting change to FAS 13 could potentially spur a lackluster commercial real estate market in 2011 and 2012, as businesses decided to purchase properties rather than deal with lease administrative issues in 2013 and beyond.

In conclusion, it is recommended that landlords and renters start preparing for this change by reviewing their lease agreements with their commercial real estate broker and discussing the financial ramifications with their CFO, outside accountant, and tax accountant to avoid potential financial surprises if/when. accounting changes. they are adopted.

Both David Nebiker and John McAslan of ProTenant indicated that their entire corporate team is continually educating themselves and proactively advising their clients on these potential changes.

The basic concept of lease accounting is that some leases are simply rentals, while others are purchases in effect. For example, if a company leases office space for a year, the space is worth almost as much at the end of the year as it was when the lease began; The business is simply using it for a short period of time, and this is an example of an operating lease.

However, if a company leases a computer for five years, and at the end of the lease, the computer is worth almost nothing. The lessor (the company receiving the lease payments) anticipates this and charges the lessee (the company using the asset) a lease payment that will recover all the costs of the lease, including a profit. This transaction is called a capital lease, however, it is essentially a purchase with a loan, as such assets and liabilities must be recorded in the lessee’s financial statements. Essentially, capital lease payments are considered repayments of a loan; depreciation and interest expense, rather than lease expense, are recorded in the income statement.

Operating leases do not normally affect a company’s balance sheet. There is, however, an exception. If a lease has scheduled changes in the lease payment (for example, a planned increase for inflation or a lease vacation during the first six months), the rental expense must be recognized in equal parts over the life of the lease. The difference between the lease expense recognized and the lease actually paid is considered a deferred liability (for the lessee, if the leases are increasing) or an asset (if it is decreasing).

Whether capital or operating, future minimum lease commitments should also be disclosed as a footnote to the financial statements. The lease commitment must be broken down by year for the first five years and then all remaining rents are combined.

A lease is capital if any of the following four tests are met:

1) The lease transfers ownership to the lessee at the end of the lease term;

3) The term of the lease is 75% or more of the economic life of the asset.

4) The present value of the rents, using the lessee’s incremental borrowing rate, is 90% or more of the fair market value of the asset.

Each of these criteria, and their components, are described in more detail in FAS 13 (codified as section L10 of the FASB Current Text or ASC 840 of the Codification).

Previous Post
Homeless street children: a growing social evil
Next Post
Get rid of the other woman and banish her from his brain