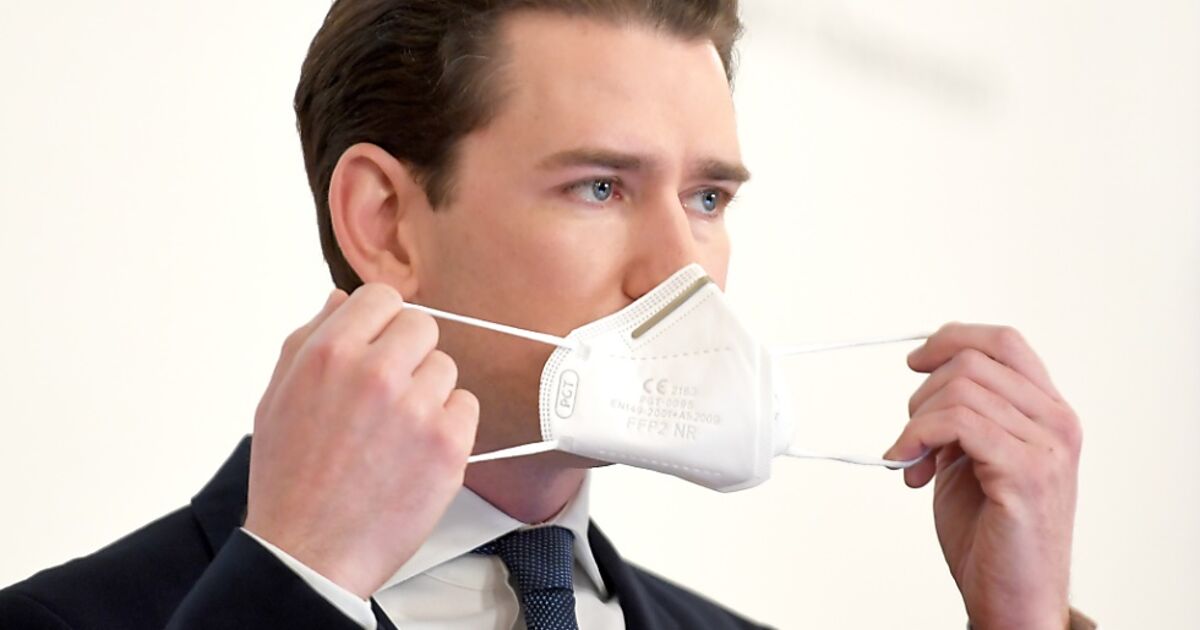 Chancellor Sebastian Kurz (ÖVP) travels to Berlin for talks on Thursday. Kurz wants to talk to the German Federal President Frank-Walter Steinmeier (SPD), Interior Minister Horst Seehofer (CSU), Health Minister Jens Spahn (CDU) and CDU boss Armin Laschet about combating the corona pandemic and the full restoration of freedom to travel in Europe . On Thursday evening, the Federal Chancellor will give a speech at an honor for the BioNTech founders.

A meeting with the German Chancellor Angela Merkel (CDU) was not possible this time due to scheduling reasons, among other things because of Merkel’s participation in preparatory meetings for the next Prime Minister’s Conference in Germany, the Federal Chancellery in Vienna told the APA. Both heads of government are in a regular and good exchange anyway. Next week, Kurz and Merkel will meet at the summit of EU heads of state and government on March 25 and 26 in Brussels.

At the EU summit, next to the issue of vaccine distribution, the introduction of a “green passport”, which should contain information about tests and recoveries, is likely to be discussed. The EU Commission had previously announced that it would present a proposal in this regard today, Wednesday. The restoration of full freedom of movement in Europe is also the most important topic of his political talks in Berlin, Kurz emphasized in the run-up to the trip. The goal is that German tourists can spend their vacation in Austria again. The European “Green Pass” for those who have been tested, recovered and vaccinated will make an important contribution to this, said Kurz. “With the vaccination, we will return to normal in the summer,” said the Chancellor confidently.

The subject of the talks should also be the German entry rules. Since November 1, 2020, Germany has classified the whole of Austria as a risk area. Entrants from Austria have to be in quarantine for ten days or they can end it after five days at the earliest by showing a negative PCR test. Berlin has classified Tyrol as a virus variant area for a good month, initially limited to Wednesday today. This goes hand in hand with stricter entry regulations that also apply to transit. Most recently, the Bavarian State Chancellery even banned Governor Günther Platter (ÖVP) from passing through because his professional trip to Vienna “does not fall under any of the defined exceptions”. The German border controls were also sharply criticized by the EU Commission. On Tuesday, the Greens in Tyrol called for the classification to expire. If the classification of Tyrol as a virus variant area should be extended, there must be the possibility of mandatory testing instead of entry bans, said the club chairman of the Tyrolean Greens Gebi Mair.

According to the Federal Chancellery, the use of the controversial AstraZeneca vaccine will certainly be one of several topics that will be discussed in Berlin. Several EU countries, including Germany, had suspended the use of the AstraZeneca vaccine for the time being. The German Health Minister Spahn spoke of a pure precautionary measure and justified the decision with new reports of thrombosis of the cerebral veins in connection with the Astrazeneca vaccination in Germany and in Europe. Kurz had backed the decision of the Austrian vaccination committee on Tuesday to continue to rely on the vaccine. “We trust our experts here, who have made a clear decision here to continue to use all approved vaccines,” said Kurz. Like Health Minister Rudolf Anschober (Greens) before, he pushed for a European solution.

On Thursday evening, Kurz then gives the laudation for the Biontech founders Özlem Türeci and Ugur Sahin at the presentation of the “Axel Springer Awards”. He was very grateful to all researchers for their important contribution to overcoming this pandemic, especially the founders of Biontech, who had developed a very effective vaccine in a very short time, Kurz said in advance. In the fight against new virus mutations, it is important to continue to work closely with science. “The aim must be to adapt existing vaccines and therapies as quickly as possible or to produce new ones as quickly as possible. This requires working as closely as possible within the EU and internationally,” said the Chancellor.

Previous Post
Video: Mitterlehner – Insights in the U-Committee into the turquoise ÖVP takeover
Next Post
At least 58 dead in massacre in Niger