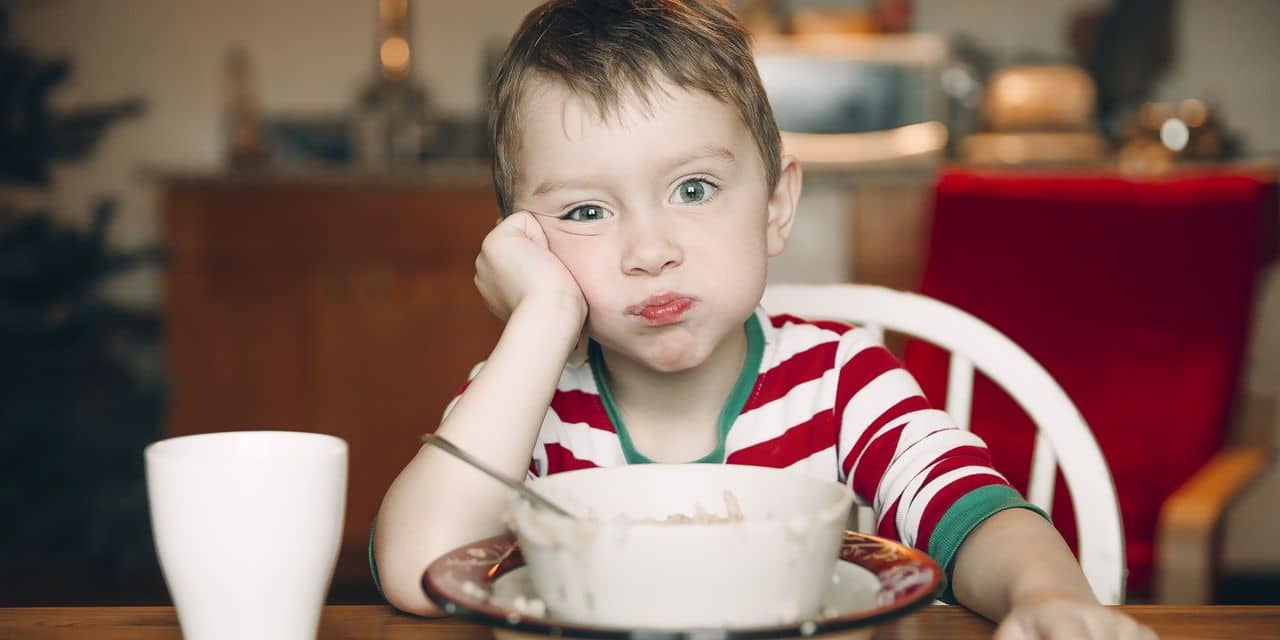 This blurs the natural message of satiety and can lead to being overweight later.

It starts with a good feeling: to feed your child is to love him and show it to him in fact! Generous portions, well-supplied ironing, injunctions to finish whatever their plate costs are still usual and generous behaviors in families.

However, it can confuse the message of hunger and the relationship to food in many children who have been hit with “eat!” “,” Finish your plate “,” you will not leave the table before you have finished everything “. Orders that hide a desire to do well, a fear that he is missing, that he will be hungry later. And that we communicate unconsciously from generation to generation! The children punished in front of their plate will also be the parents who say “eat!” “

In fact, childhood is the time when our connection to food is forged. However, in the collective unconscious of parents marked by periods of famine and successive wars, it is not bearable to see wasted food on the plates that are generously filled, always because of this fear of running out. “, Describes Vanessa Carrara-Douillet, therapist, hypnotherapist and trainer in health and care in her book” Second Souffle – How to find your inner child “(Ed. Michel Lafon).

In a chapter devoted to a patient who has decided to lose weight, feeling bad about himself in front of the malicious gaze of others in particular, she explains the mechanisms at work in the mind of the little offender: “Forced, he forces himself to eat at the table. the price of a mental torture which will mark him forever ”.

But what you need to know is that satiety is a natural state in children. His body knows when it has received the right amount of food and sends a signal to its brain that it is full. By forcing them to eat more than necessary, children are taught bad eating habits, which later expose them to a risk of obesity, ”explains the practitioner. “Once they become adults, they will be unable to control the amounts of food sufficient to meet their basic needs. This is why I advise parents to renounce this injunction to empty their plate at all costs. “

According to her, by acting in this way, one will be able to notice in the children a regained calm but also an autonomy vis-a-vis the act of feeding.

During her years of practice, she observed that her overweight patients had initially had a conflictual relationship with their parents during childhood: either that they tested their parents by refusing to eat, or that they forced them to eat.