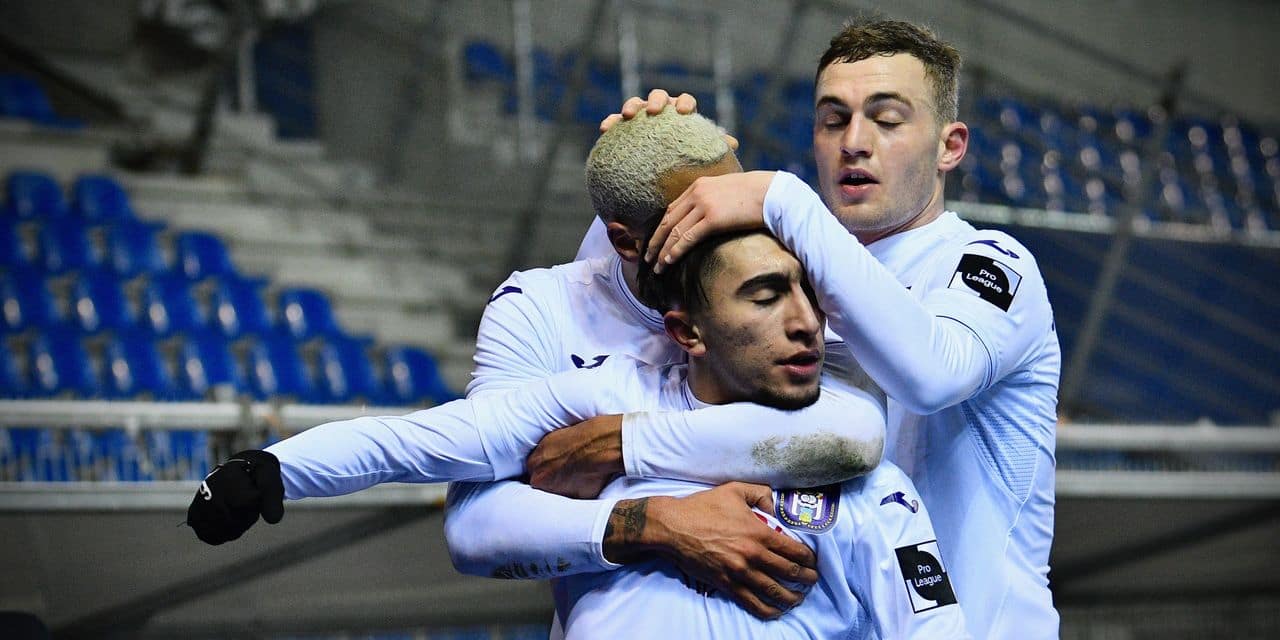 The Belgian Football Cup final will pit Standard against Racing Genk on April 24 or 25 at the King Baudouin stadium in Brussels. This will be the re-edition of the 2018 final. On Sunday evening, Genk won 1-2 at Anderlecht in the second semi-final of the Croky Cup. Onuachu scored the opening goal in the 17th minute (0-1). Miazga scored against his camp the 2nd Limburg goal in the 59th (0-2). Trebel reduced the score from a free kick (73rd, 1-2) while Genk was reduced to ten after Lucumi’s expulsion.

In Anderlecht, Kilian Sardella, Elias Cobbaut and Anouar Aït El Hadj were preferred to ‘Amir Murillo and Hannes Delcroix injured and to Paul Mukairu. No surprise on the other hand in Genk where John van den Brom aligned the same eleven as against the Circle. The match started without any inspiration, without any alerts or scoring chances. All that changed when, thrown in depth, Daniel Munoz avoided Kemar Lawrence before crossing the far post towards Onuachu (17th, 0-1).

Anderlecht found themselves in a chase that was difficult to complete given the difficulties they have in scoring at home. However, the people of Brussels had some solid chances. On a service from Francis Amuzu, Ait El Hadj found himself facing Maarten Vandevoordt but his lob went over the goal (27th). Well placed to launch Abdoulay Diaby towards the opposing goal, Lucas Nmecha did not heal his pass (31st). Finally, the Limburg goalkeeper relaxed on a strike from Ait El Hadj (39th). In the meantime, Onuachu wasted two opportunities: the Nigerian did not frame a first shot (34th) and gave the ball to Timon Wellenreuther on the second (38th).

This operation benefited from the exclusion of Lucumi for a foul on Nmecha (71st) and Trebel reduced the gap on a free kick (73rd, 1-2). Kompany then made an offensive change by releasing Cobbaut for Mukairu (75th), in vain despite constant pressing in the last quarter of an hour.

On Saturday, Standard had obtained the first sesame for the final by going to win 0-1 at Eupen.

Standard will play its 18th final and will aim for a 9th success and the 3rd in five years after 2016 and 2018. That year, the Rouches had beaten Genk 1-0 after extra time. following a realization by Renaud Emond (92nd).

Relive the meeting live with commentary: