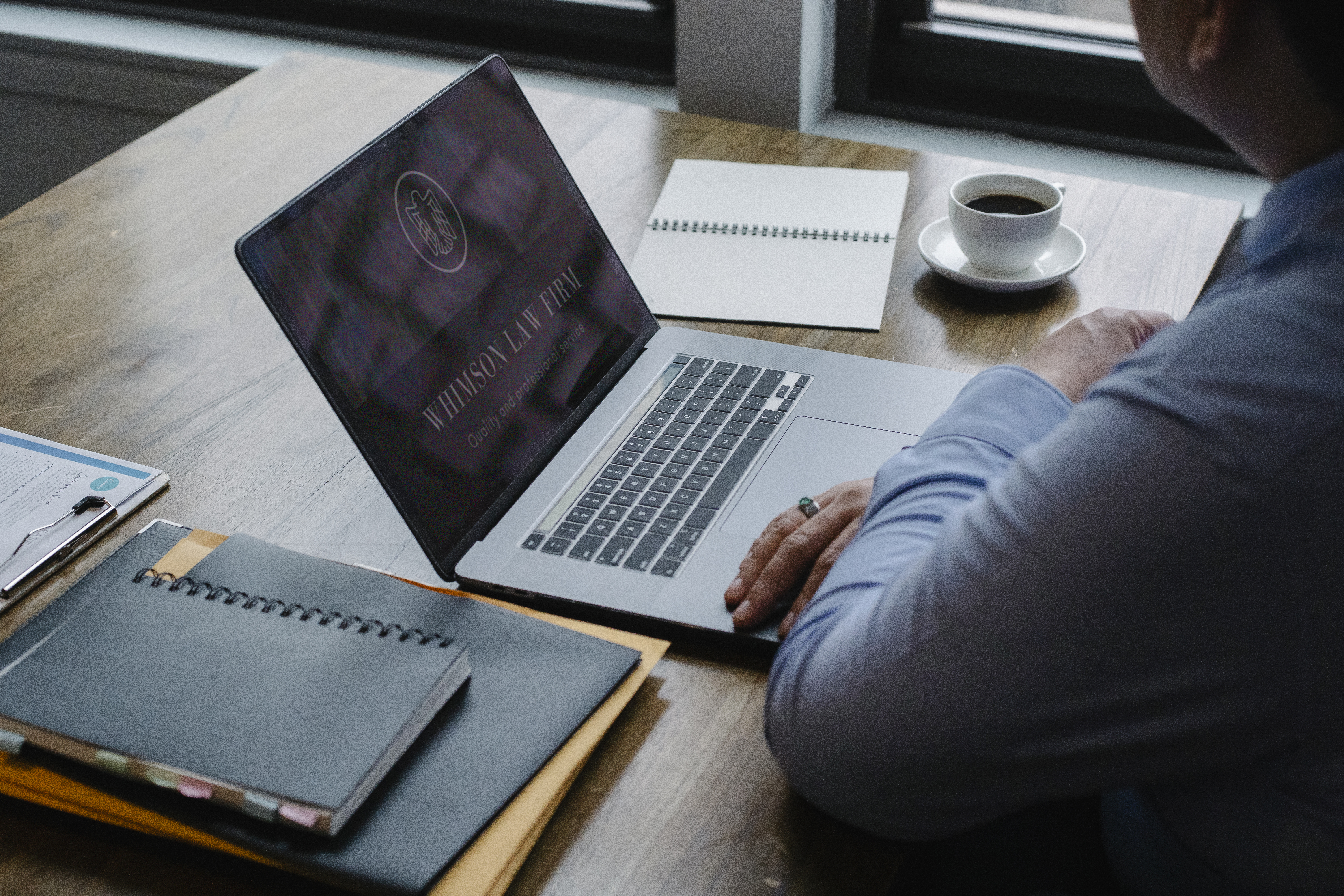 Karl Marx has this theory of social alienation which puts forward the idea that in a capitalist system, much like the 24-hour consumer party that we Americans find ourselves bogged down in, the lower reaches of the scale of the war of classes are pressured to settle for those who own the means of production and so we do shitty jobs, put up with shitty job requirements, and smile and bare the monotonous taste of coffee and the ever-increasing weight of daily grind.

And anything or any form of expression outside of that prefabricated box is wrong.

However, in a pure Marxist society (I can’t stress that word enough), the owners of capital no longer make the rules because they no longer own capital. How sweet it is to imagine a world where we don’t have to work primarily to enrich our bosses, where social classes are eradicated and everyone happily pushes towards equal contribution and equitable redistribution of wealth. Or perhaps more importantly, imagine a world without NO TRESPASSING signs; a world where all the factory walls and subway tunnels are suddenly in the public domain, free to use or draw as you see fit.

Because the more I sit in my apartment and reflect on the subject, the more I realize that Wu Tang said it best when he told us that “Cash rules everything around me.” We live in a consumer culture, bound by an insatiable need to turn every product, marketable skill, or good idea into a commodity. But if the bourgeoisie can’t find a profitable way to mass-produce it, society locks that shit down like an angry Ben Wallace.

So let’s examine the art: graffiti.

Illegal. feared Rejected by social norms and described as cancers to communities, a destructive virus that consumes and devours worthy values ​​until suddenly there’s a crack house next door. Or maybe just another victim of Marx’s social alienation. Let’s face it, America really doesn’t have a problem with graffiti, as long as they can make money off of it. The style has been imitated and exploited in almost every market, from designer T-shirts to XBOX games and countless hip-hop album covers. Yet despite all this corporate love, the act of getting up and putting paint on the walls is still punishable by prison sentences and huge debts.

Graffiti is the art form of the proletariat. The bourgeoisie cannot sell the walls of their factories, so whatever the workers write on them will eventually stay. It is an art that cannot be exploited by those who own the means of production, because graffiti exploits them first. The proletarian artist is using the property of the bourgeoisie as a canvas, essentially redistributing the use of the property to the people. In that sense, graffiti writing becomes the last truly free artistic vehicle; it cannot be recorded and does not have to be taught. Anyone can participate, regardless of class, race, religious preference, or sexual orientation. Graffiti does not even require the consumption of any material if the artist does not wish to purchase it. According to old-school ethics, paint should be stolen from supply stores as an act of liberation from the financial death traps of the bourgeoisie, but really, all you need is a rock and a hard surface to scratch on. to leave your mark.

Historically speaking, the movement was born and has always been about class struggle. Graffiti provided an outlet for the young, angry, and poor to voice their grievances with society and make their presence known in their communities without costing them a dime. The movement grew by leaps and bounds, and pretty soon cities around the world were suddenly awash in bright words and colors, as if everyone on the planet was picking up a can and standing up. Marx himself would easily classify the “graffiti vandal” as a member of the lumpenproletariat, a derivative of the working class lured or forced into criminal activities as a means of a.) surviving within the current class structure on their own terms or b. . ) to provoke the state towards social reform. Depending on which Marxist you are talking to, the lumpenproletariat can be counter-revolutionary or pro.

However, a closer examination of history shows us that graffiti has been implemented as a powerful tool to vocalize political dissent and force its message into a public forum. Mao Zedong, the former prime minister of communist China, was arrested by police after writing a 4,000-character manifesto on the wall of a university bathroom. In the 1960s, graffiti was used in both the American civil rights movement, the anti-Vietnam movement (SDS, Weathermen, The Black Panthers, etc.), and the May 1968 rebellions in France, where the streets of Paris suddenly came to life and color with a thousand different slogans and maxims of the downtrodden and downtrodden. The early punk scenes also embraced the prophetic power of graffiti when fans of the anarchist band CRASS began placing their logos all over the London Underground. Each example preceded some kind of major social change.

But the United States does not want this change. And American doesn’t want graffiti. The United States wants to benefit from the production of its citizens: the system wants you to buy canvases and paintings, to pay gallery rents, to tax your income from the sale of works of art. And if his designs become popular, America wants to buy the license and start throwing them out on the streets like crack. It’s all about the bottom line.

To understand the criminal association with graffiti it is necessary to examine it as an extension of the capitalist attitude of “ownership of people” and how Marx and other social philosophers define an indisputable link between capitalism, imperialism and elitism. In the United States, the nature of the state is to protect, first and foremost, the investments of big business and those who control the money. Any Noam Chomsky book can tell you that this business/political hybrid has historically served as a catalyst for countless social struggles and transnational aggression. From the organization of civil struggles in Latin America against established leftist governments to the current War on Terror, the reach of capitalism is extensive. And anyone who resists getting involved in that system is kicked out entirely and graffiti writers are no exception.

Political scientist Michael Parenti once said in a lecture (later sampled in Choking Victim’s No Gods/No Managers) that it is a common misconception in this country that the police are here to fight crime, “the main function of the police is to social control and property protection.” Applying that observation to the way most US court systems handle graffiti cases, the connection is more obvious than ever.

I live in Pittsburgh. And in the news all summer long was the story of a Yinzer artist who went through MFONE, currently charged with 6 felonies, 18 misdemeanors for vandalism and breaking and entering, could face higher fines and a longer jail sentence than most rapists and murderers. Charges will most likely be reduced, but even so, the only way this could even be rationalized as justice is if we also assume that the facade of buildings is collectively worth more than the lives of citizens. No politician, district judge, or donut-eating cop will admit that, but on paper, the evidence is there in dollars and cents.

But despite all this political juxtaposition, the simple Zen truth of the whole thing is that graffiti is an act of creation, misunderstood as an act of destruction. Paint is less lethal than bullets, alcohol, and cigarettes, but it’s less accepted on the streets than all three combined. Most writers aren’t deranged, rampant criminals hell-bent on heralding gang warfare and urban decay, they’re just workers with something to say, looking for a place to say it. And in a Marxist world, that would be fine. No private property, no social alienation, no overzealous justice departments thumbing through Myspace for evidence, just a collective community of stubborn people, claiming the city and coloring it how they want. I stopped writing in a serious sense years ago, but every time I see a well-placed lighter or thoughtful phrase etched into a bathroom wall, I’m more satisfied than I’d be looking at a goddamn billboard. The answer, my friends, is not in the wind. It’s written on the fucking wall.

Previous Post
Get rid of the other woman and banish her from his brain
Next Post
How long do you stay on the Nutrisystem diet?