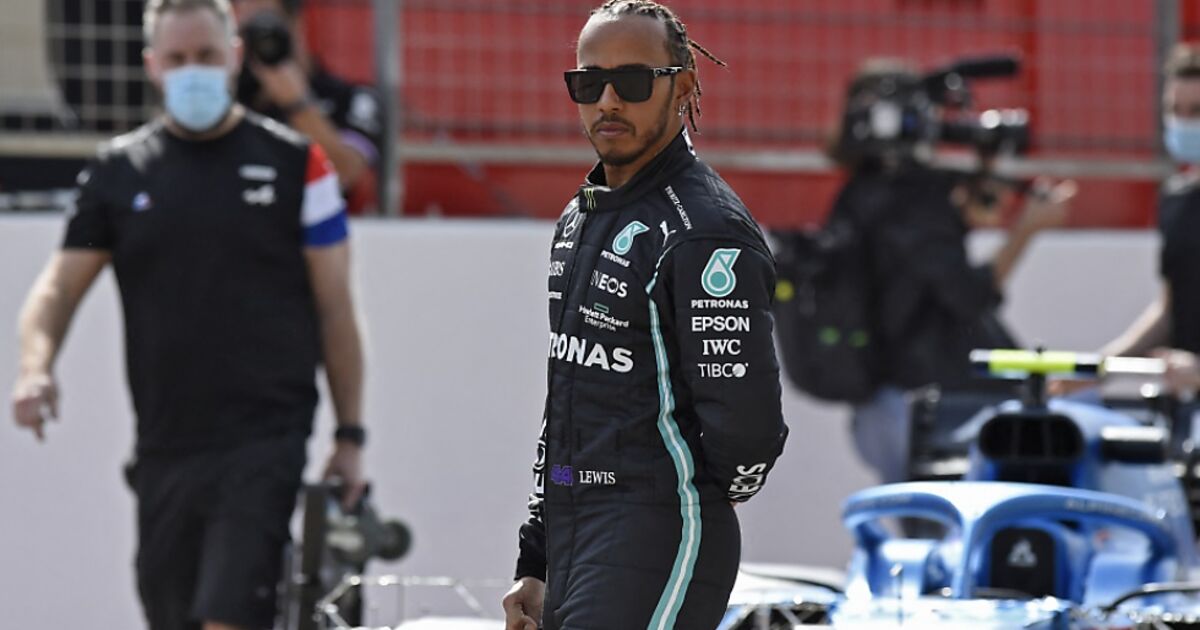 Lewis Hamilton is preparing to rise to the sole Formula 1 record holder with his eighth world title this season. It cannot be ruled out that the Mercedes star will draw a line if he really succeeds. And the chances are not bad, since last year’s cars have changed conceptually only minimally. Hamilton is currently sharing the record with Michael Schumacher, whose son Mick will make his Grand Prix debut for Haas on March 28 in Bahrain.

“I started racing because I love racing,” said the now knighted 36-year-old, who has only signed a contract with the industry leader Mercedes for this season. Sir Lewis can live out his love to the fullest this year, provided everything goes as planned: Despite the coronavirus pandemic, 23 races are on the calendar from the end of March to December 12th, the finale in Abu Dhabi – more than ever before in a Formula 1 season.

Hamilton Schumacher has already struck practically all the relevant records: lead laps, lead kilometers, pole positions – the Briton currently holds 98 – and most recently in October 2020 also race victories. To date, Hamilton has collected 95 Grand Prix successes. The probability suggests that he will be the first Formula 1 driver to break the sound barriers of 100 pole starts and 100 victories.

The prerequisite for new heroic deeds by Hamilton, who is going into the season again with the Finn Valtteri Bottas as a teammate, is of course that Mercedes continues to have the strongest package of chassis and engine in the field. But after the test drives that took place the previous week on the desert circuit in Bahrain, one could have got the impression that Red Bull is now the favorite. Mercedes struggled with setup problems and the transmission in Sakhir.

“We had a few problems, including understanding certain features of our car. Hopefully we can still manage that in the two weeks leading up to qualifying,” said team principal Toto Wolff. Experience shows that Mercedes never completely revealed its cards in the tests before the season. “We don’t know which engine setting Mercedes used in the test,” emphasized Red Bull consultant Helmut Marko, who however commented: “But we assume that the distance to them is no longer that great.”

At the end of the preseason, Red Bull was practically on a par with Mercedes in terms of racing trim, and in Abu Dhabi it was even clearly better. However, Hamilton had just survived Covid-19 at the time, and the “Silver Arrows” were already putting a lot of energy into the new car. In the meantime, Red Bull has caught the Mexican Sergio Perez, who is no longer needed at Aston Martin, who is supposed to give the racing team of billionaire Dietrich Mateschitz more strategic options in cooperation with Max Verstappen.

Hamilton would welcome more competition in the world championship race. “I’m happy, it’s more fun,” said the Briton. Interesting side aspect: The Dutchman Verstappen is sitting on a performance-related contract that – to put it simply – would enable him to leave Red Bull after this season if the car is not eligible for the title. In this case, he could possibly be hired as Hamilton’s new stable rival at Mercedes – or even become his successor there.

Because while this year the cars come with new underbodies and a little heavier, the regulations will change radically next season. Especially with regard to the engine, which will be completely redesigned, should be much simpler and cheaper. Anyone who finds the Philosopher’s Stone there could establish a similar dominance over the years as Mercedes did from 2014 to today. An eight-time world champion Hamilton might not take this risk again.