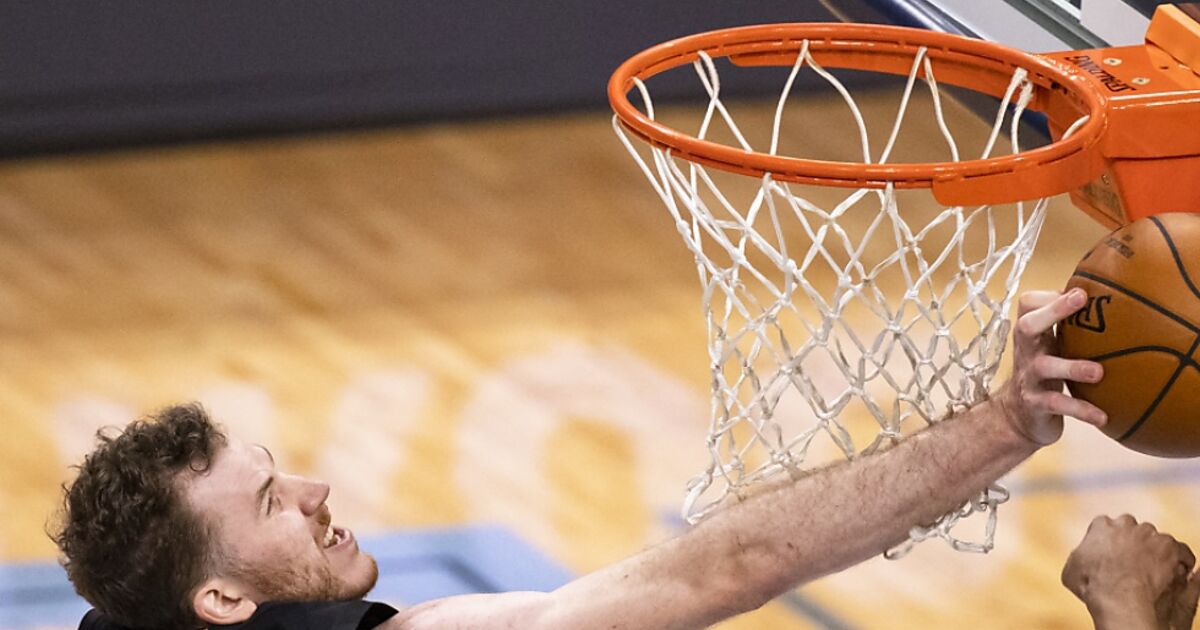 The San Antonio Spurs celebrated a 104-77 victory over Orlando Magic in the National Basketball Association (NBA) on Friday (local time). Jakob Pöltl from Vienna was the best rebounder (nine) and passer (six) of his team. The center also contributed six points and a steal in 29:03 minutes.

The Texans had made a 16:29 false start into the game, but were clearly setting the tone from the second quarter. Against the NBA straggler from Florida, spectators were again admitted to the AT&T Center for the first time. Exactly 3,241 fans saw the game.

“After a moderate start we played very good team defense from the second quarter onwards. It was nice to be able to play in front of our fans again,” said Austria’s NBA pioneer. Rudy Gay led the Texans with 19 points.

Five encounters in a row in a foreign country await San Antonio. It starts on Sunday with the Philadelphia 76ers, who fear for their star center Joel Embiid. The Cameroonian retired at 127: 101 on Friday with the Washington Wizards with a left knee injury. He’d gone down after a dunk in the middle of the third quarter.

NBA leader Utah Jazz celebrated a safe 114-99 win against the Houston Rockets. Donovan Mitchell scored 28 points. After the last two defeats, the Los Angeles Lakers were able to celebrate another victory. At the 105: 100 against the Indiana Pacers, the defending champion was led by Kyle Kuzma. Pöltl’s former teammate at the Utah Utes had 24 counters and 13 rebounds.