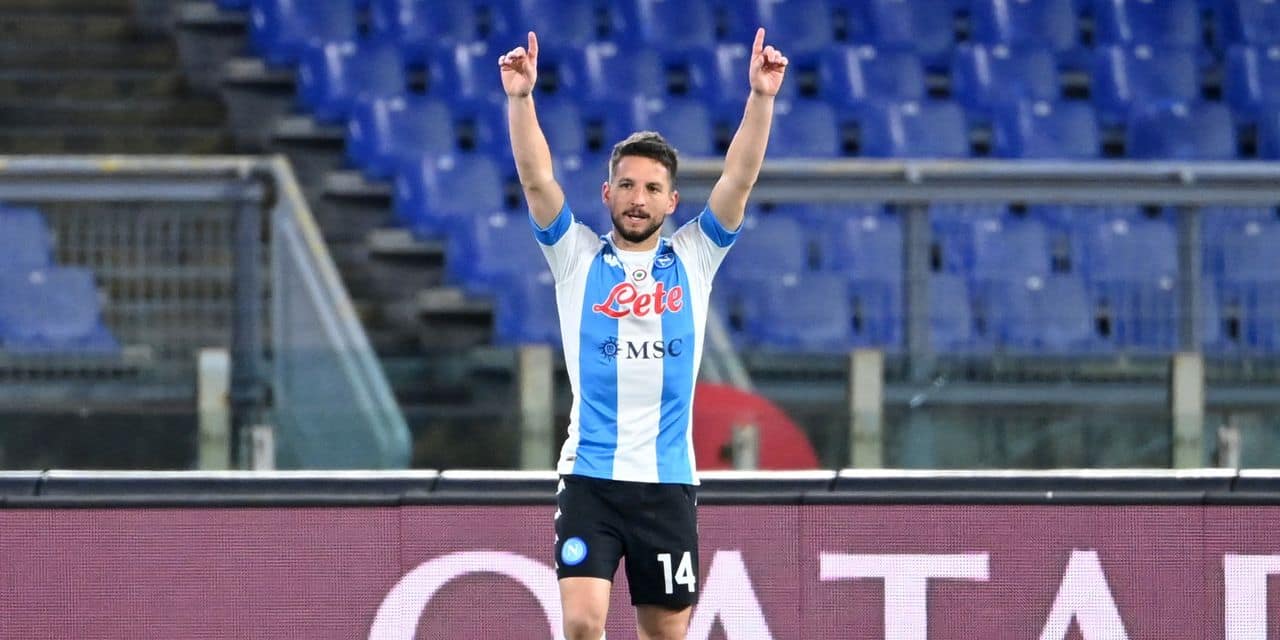 Januzaj and Denayer slapped, Mertens author of his 100th Serie A goal (VIDEO)

After their victory last weekend at AC Milan (0-1), Naples again won on the road to AS Rome (0-2) as part of the 28th day of the Italian championship . Replaced in the 67th, Dries Mertens, who scored his 100th Serie A goal on Sunday, had scored the visitors’ two goals. In the standings, Naples (53 points) is 5th and AS Roma (50 points) is 6th. Napoli largely dominated the first half of this important match for the Champions League. Mertens brought the Neapolitans to command from a free kick (27th, 0-1) for his 100th goal in Serie A. Then, on a service from Lorenzo Insigne, Matteo Politano isolated Mertens, who doubled the mark for a Napoli boss on the lawn (34th).

In clear difficulty during the first 45 minutes, AS Roma almost reduced their delay by Lorenzo Pellegrini whose header was too axial (46th). Pedro missed another chance (58th) and Pellegrini saw his shot crash into the upright (61st). The Romans did not take advantage of their highlight and later David Ospina assured.

In England, Tottenham, without a sick Toby Alderweireld, won 0-2 at Aston Villa thanks to goals from Carlos Vinicius (29th) and Harry Kane (68th).

Januzaj and Real Sociedad slapped by Barcelona, ​​Lyon and Denayer crushed by PSG

Real Sociedad lost heavily 1-6 at home to FC Barcelona in a match on Matchday 28 of the Spanish league on Sunday. Adnan Januzaj came into play in the 61st minute as the scorer posted 0-4 for the Catalans. Grizemann (37th), Dest (43rd, 53rd), Messi (56th) and Dembele (71st) gave Barca five goals before Barrenetxa Muguruza (77th) reduced the score. At the end of the match, Messi fixed the final score at 1-6 (89th).

In the standings, PSG now shares the lead with Lille, beaten by Nîmes on Sunday, with 63 points. Lyon follows in third place with 60 units.

In Portugal, Benfica won 0-2 in Braga thanks to goals from Silva (45th + 2) and Seferovic (56th). Jan Vertonghen played the entire game for Benfica who climbed to third place (51 points) to the detriment of his opponent of the day.