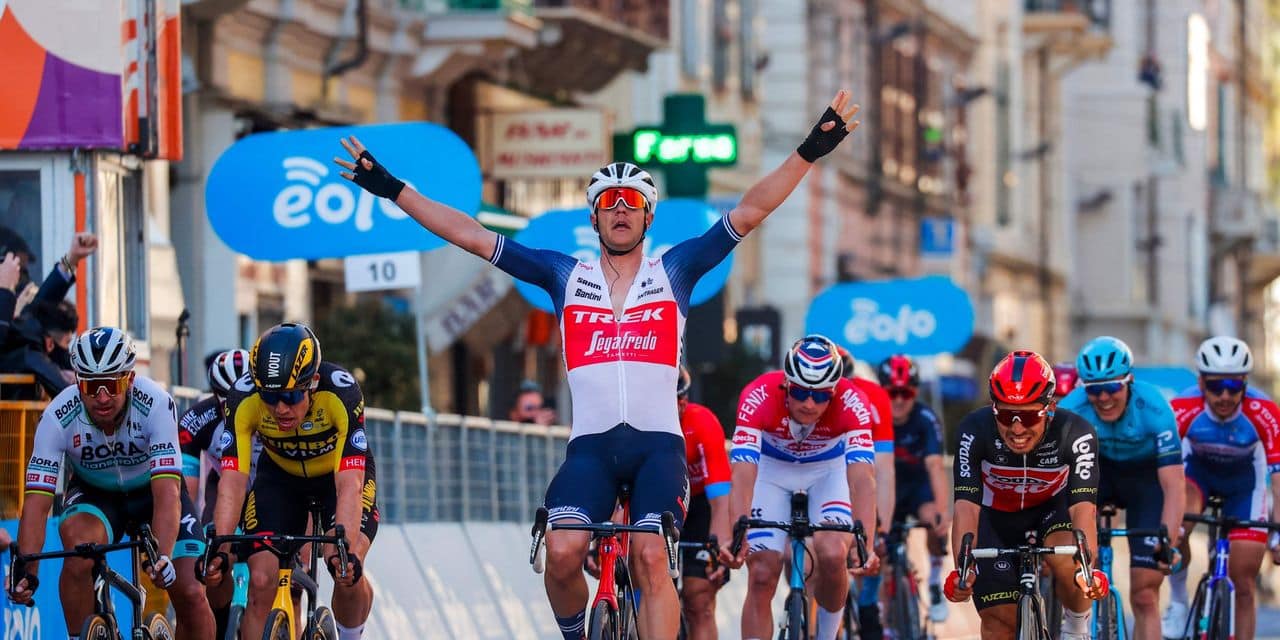 What a surprise on Via Roma. After more than 7 hours of racing, Jasper Stuyven won Milan-Sanremo, the first monument of his career!

The race took shape at full speed, so much so that no rider was able to get out in the Cipressa or the Poggio. At the top of the last difficulty, a group of about fifteen men was slightly detached.

Tom Pidcock tried at the start of the descent before the group hesitated. It was at this precise moment that Stuyven attacked, at the best possible moment, at the bottom of the descent, less than 4 kilometers from the finish. Behind, the group did not react. Joined by Soren Kragh Andersen under the red flame, the Belgian defeated the Dane in the sprint as the peloton came back at full speed. He narrowly won ahead of Caleb Ewan and Wout Van Aert.

This is the best victory of the career of the 28-year-old Louvaniste, winner of the Het Nieuwsblad Circuit last year.

Relive the live commentary of the race:

Previous Post
Olympic Games 2020: COIB CEO regrets but understands the ban on foreign spectators
Next Post
Tears of joy at Liensberger, highest praise from the competition