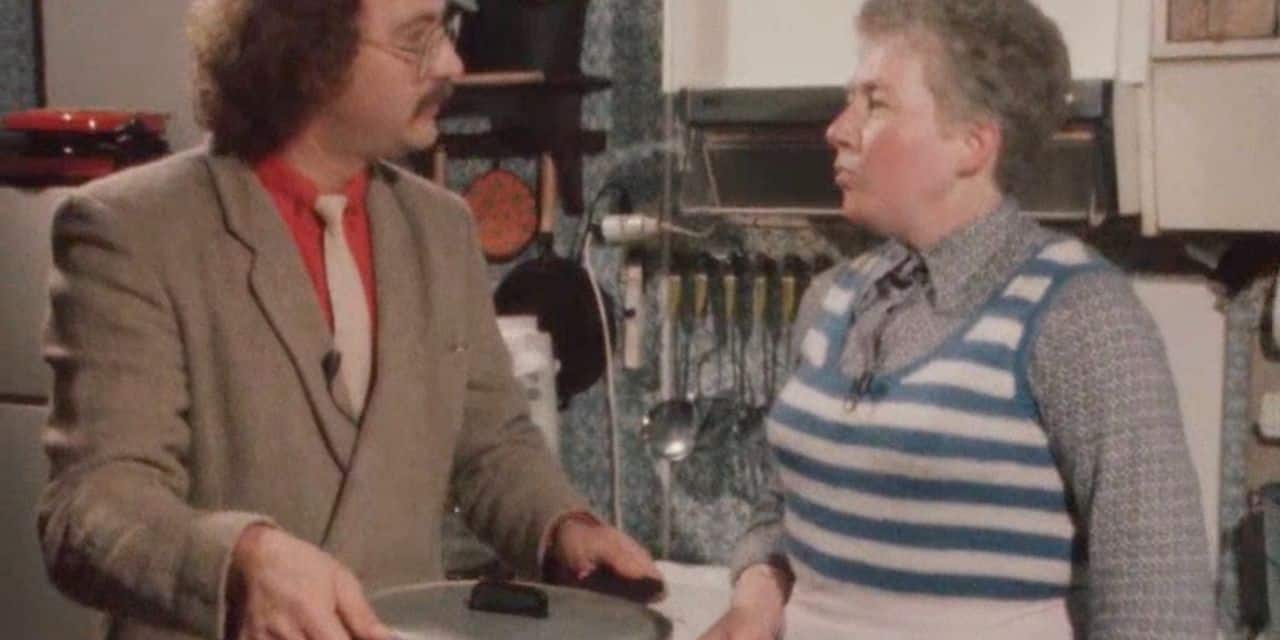 Journey through the Walloon casseroles

It all started at the butcher and charcuterie Jaspart (formerly Poncelet), in the heart of the charming village of Paliseul. We had tasted his excellent Cobourg d’Ardenne that very morning. It was the local pearl that caught our eye on the breakfast table of the Gourmet, starred restaurant in the area (cf. Quid of 6/3). We had to bring this Cobourg home and, with it, a bit of Ardennes.

Arrived at Jaspart, a butcher’s shop known in the region for having its own slaughterhouse, we line up… Meanwhile, we admire the nuts of ham and the Ardennes pipes hanging from the meat hooks. Stuck your nose to the window, you also notice two things … A somewhat old cookbook, kept open on a desk for scores on the pages devoted to carbonnades. And then, rarity, raw black and white blood sausage. We had to taste that! Our order packed under the arm, back to the casa.

Before cooking this raw blood sausage, a little research on the net… This is where we come across the recipe for black sausage soup by Madame Libin, in Theux, filmed in her kitchen by Philippe Gauthier in Old casseroles and good recipes. A 1982 program rebroadcast at the moment in the RTBF night loop and 16 episodes of which are available for free on the Sonuma website.

In the archives of Sonuma

The sequence was notably unearthed, in August 2016, by Guillaume Moulaert in the morning of La Une / Vivacité. At the end of this endearing archive, the chronicler laughs “A very lively, very punchy show”. While presenter Julie Van H seems unconvinced by this blood sausage soup, probably not fashionable enough: “In any case, it didn’t necessarily sound very appetizing, I must admit, Guillaume. “” I’m not going to lie, it doesn’t tempt me the masses “, he nods … These two mocking thirty-something are wrong! The recipe, tested and approved, is really worth it (see below)!

After some additional research, we understand that this recipe by Ms. Libin is also included in this book seen in the window of the butcher shop the day before: The best recipes in Wallonia collected by Zone verte. Published in 1981 by RTC Namur, the work is the result of a competition organized among listeners of radio broadcasts. Green Zone and Hello everyone. Decided by a prestigious jury (Pierre Romeyer, M. Zygo, Jacques Kother …), these amateur recipes – of which “the hare à la Louise” emerged victorious, allowing Mme Jauret-Leroy de Forrières to win a heater. solar sanitary water manufactured by a Walloon company – were then gathered in a collection.

After tasting this ancestral specialty, one thing was certain: we needed this book! The work has obviously not been reissued. But a detour to Google tells us that it is always possible to find a few copies. It even increased in value … Sold for 350 francs (€ 8.75), it is now around € 60. We order a copy from the Festin de Babette, a bookstore specializing in gastronomy and oenology based in Montmorillon, between Limoges and Poitiers. In the process, its owner Robert de Jonghe sends us a little e-mail: “The book will leave tomorrow morning and will return to its country of origin as soon as possible. Happy reading and … good recipes. “

A few days later, the postman rings the doorbell and drops off the long-awaited package. And it is not without emotion that we unwrap it to discover this time capsule with yellowed pages and the smell of old paper. Which opens with a very nice foreword to Michel Hansenne, then Minister of the French Community.

“These recipes are not the work of Maîtres ès Culinary Arts, but the sum of goodwill and enthusiasm aroused by the call of RTBF-Namur organizers to a population interested in the subject and anxious to do rediscover a forgotten regional gastronomic wealth. By collecting recipes that were written down – a long time ago – in little notepads with greasy covers that are now often patched up, either hastily written on a piece of yellowed paper, put aside at the bottom of a cracked jar or ‘an old unused vase, the team of “Zone Verte” and “Allo tout l’monde” has produced a guide for the unguided, which will take the curious on little-used paths, to discover this corner of the past where we still focus on simmering the ancestral dish ”, he writes in particular, in a beautiful and very lyrical text.

The Minister, like the journalist Philippe Gauthier – who had made it a personal crusade -, were keen to defend Walloon cuisine that had already been supplanted, then, in our restaurants – with Provençal steak or Bordeaux steak – by French cuisine, even exotic, more fashionable. “We have undertaken the rescue of our culinary masterpieces in peril”, ignites the journalist from RTBF in his preface. A concern that is ultimately still relevant …

Full of stories and emotions

Going through this sum of 464 recipes, one is overcome with emotion. Because if the book is not very attractive at first – the paper is rough, the layout sketchy, the designs basic and there are no photos… -, we are amazed to hold in our hands Walloon recipes which sometimes have several centuries, passed down from generation to generation. And, when you read the family anecdotes linked to certain preparations, you almost have the impression of entering the intimacy of these amateur cooks – all the more when you combine reading the book and watching the program!

We also have fun rediscovering these forgotten patois words, as are sometimes the preparations which are attached to them. Like these “withdrawals”, stews from which meat and vegetables are removed to serve them together, while the cooking broth becomes a soup. Or this “atchiss”, a dish of pig’s trotters typical of Walloon Brabant. Recipes which, very often, speak of a time when you could still kill pigs on the farm and where we showcased every bone of the animal. We are also delighted to read this recipe for red cabbage from Mr. Deladrière in Cofontaine, addressed to his daughter Evelyne in the form of a poem.

Volume 1 had been so successful that volume 2 was released in 1989. However, it doesn’t seem like things have changed so much in 40 years. This Walloon culinary heritage seems more neglected than ever …

So yes, we can make fun of the show, very dated (1982 anyway …), Old casseroles and good recipes. But isn’t it in old pots that the best soups are made? Faced with Philippe Gauthier, Madame Libin appears impressed, very polite, punctuating all her responses to the host with a respectful ” Yes sir “.

A mark of extreme politeness that we find in most housewives filmed at the time, and that we borrow from them to rename this excellent soup, which ” was eaten, either after midnight mass or at dinner (lunch, Editor’s note) of Christmas day. It comes from mom’s sister ”, comments Ms. Libin in The best recipes in Wallonia collected by Zone verte, the text of which is reproduced here.

A recipe from another time, which we will prepare only from “black pudding soup”, the essential ingredient which gives all its depth to the broth. You can ask your butcher to reserve this cooking water for black puddings. Unless you find, as in the Jaspart Butcher in Paliseul, raw blood sausage and cook it yourself 40 min in court-bouillon.

The only little trick to Ms. Libin’s recipe, we replaced the small pasta with rice and we did not remove the skin of the blood sausage, which we cut into slices …

Take a nice beef shank. Cook it gently for a good hour in 3 liters of water with thyme and bay leaf.

During the cooking time, skim the foam.

After this time, add the whole leeks, carrots, celery, all cut into julienne. Salt and cook for a good hour.

After this time, remove the beef shank and add instead 2 liters and a half of black pudding soup (this is nothing other than the liquid in which the butcher cooks his puddings for Christmas). With that, add the black pudding, the skin of which has been removed and cut into small pieces.

Leave to cook for a quarter of an hour. After that, put a handful of vermicelli, a pinch of thyme, pepper, a little clove powder and taste in order to know what to put in salt.