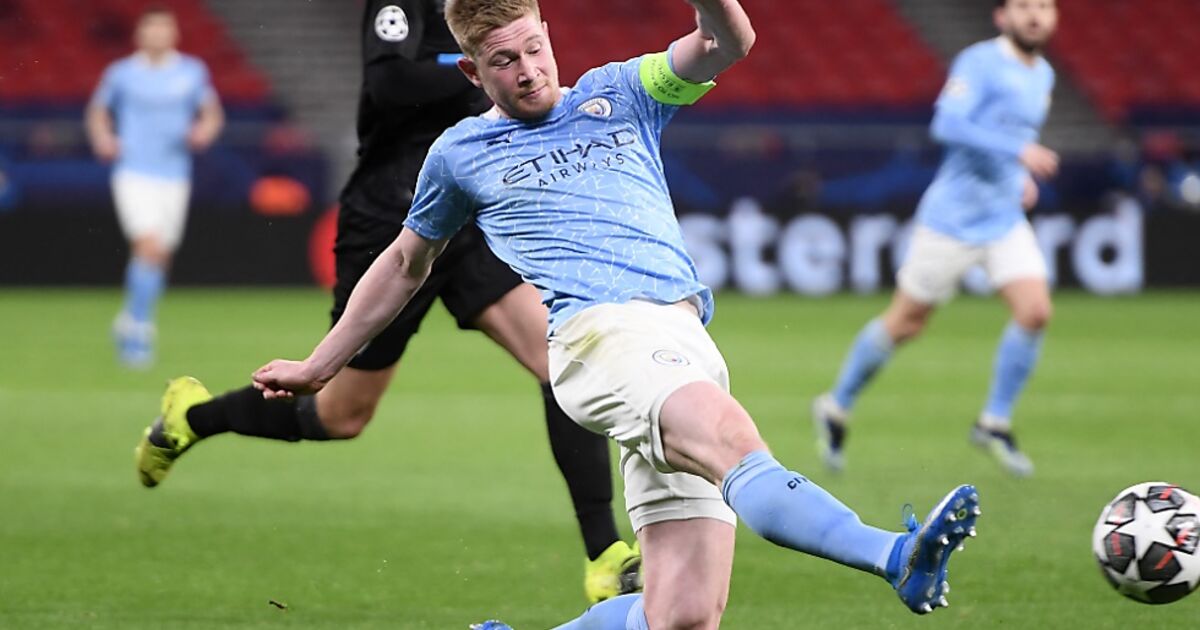 ManCity and Real rise sovereignly in the Champions League

Manchester City made it into the quarter-finals of the Champions League without any difficulty. The superior English Premier League leaders won the second leg against Borussia Mönchengladbach in Budapest on Tuesday 2-0 and, like the 2-0 in the first game, did not concede. Real Madrid also confidently bought the ticket for the round of the last eight. After a second leg 3-1, the “Royal” Atalanta Bergamo defeated 4-1 overall.

ManCity and Real joined Borussia Dortmund, Liverpool, Paris St. Germain and FC Porto, who had previously fixed promotion. On Wednesday, the games Chelsea against Atletico Madrid (1: 0) and defending champion Bayern Munich against Lazio Rome (4: 1) follow. The quarter-finals will be drawn on Friday (12.00 p.m.) in Nyon.

Manchester had to evade the strict German entry regulations for Great Britain due to the corona pandemic and quickly made everything clear in the Budapest Puskas Arena. Yann Sommer prevented Phil Foden from falling behind (7th), but was beaten for the first time shortly afterwards. De Bruyne pulled from just outside the penalty area and hit the lower edge of the crossbar (12th).

Six minutes later, Foden switched quickly, served Gündogan with an ideal pass and the German team player carefully pushed the ball past Sommer. The Gladbachers had no answer ready, had no top chance before the break. Even after the restart, the third goal of the English was more in the air than the connection goal. Gladbach is already nine competitive games without a win. On Saturday in the league against the bottom of the league Schalke 04, the squad of coach Marco Rose, who left in the summer, could set the club’s negative record from 1989 (under Wolf Werner) with the eighth loss in a row.

Real had some problems getting into the game at the beginning, the Italians tried to make up for the deficit from the first leg with ambitious offensive efforts. The only goal in half one fell on the side of the Spaniards – thanks to the active help of the guests. A tee shot by goalkeeper Marco Sportiello landed exactly at Luka Modric, who used Benzema and the French shot dry.

Immediately after the restart, Vinicius Junior should have closed the sack, but crowned a great individual action in which he fought his way through his own penalty area and then missed the other side of the pitch, not with a hit (52nd). However, the 20-year-old Brazilian quickly moved back into the foreground, only being stopped with a foul by Atalanta captain Rafael Toloi just inside the penalty area. Ramos confidently converted the imposed penalty.

Muriel gave the Italians hope again with a directly converted free kick, but Asensio, who had been exchanged shortly before, quickly restored the old goal gap. The Madrilenians have won twelve of their most recent 13 Champions League games against Serie A teams. Overall, they expanded their unbeaten competitive game series to nine games, where they left the field seven times as winners, as was the last time in the league in a 2-1 win against Elche.

Previous Post
First press conference by US President Biden on March 25th
Next Post
“We have significant defensive stability, we press as a team”: the reactions of Courtois, De Bruyne and Ramos after the victories of City and Real