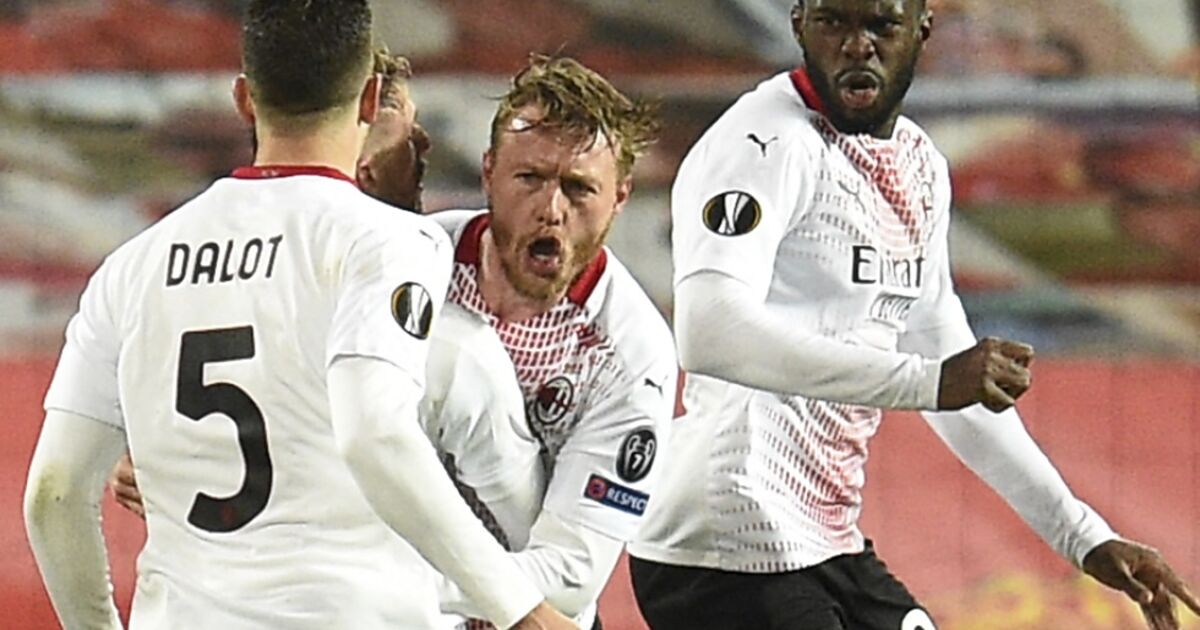 The eighth-final hit of the Football Europa League promises great excitement in the second leg as well. When AC Milan and Manchester United meet in Milan on Thursday (9 p.m. / live pulse 4, DAZN), neither team is the clear favorite after the 1-1 draw in the first leg. In contrast to the first meeting last week, this time Milan’s living striker legend Zlatan Ibrahimovic against his ex-club (2016 to 2018) could be part of the game.

Because of an adductor injury, Ibrahimovic had missed the EL duel, among other things. On Monday, the 39-year-old, who is back in Sweden after around five years of absence, returned to Milan team training. On United’s side, coach Ole Gunnar Solskjaer and goalie David De Gea, Paul Pogba, Edinson Cavani and Donny van de Beek have important players at their disposal, unlike last week. Striker Anthony Martial should also be back after his break in the 1-0 win against West Ham at the weekend.

“It’s a huge game for us and I’m positive and optimistic,” said United attacker Marcus Rashford. “We showed in the first leg that we can do well under difficult circumstances. We want to show a dominant performance.” The promotion should only be the first step for the second in the Premier League table, who is hopelessly behind Manchester City: “Anything other than winning the Europa League would not make us happy,” emphasized Rashford.

In the first leg, the late equalizer by Simon Kjaer (92nd) brought the English, who scored through Amad Diallo (50th), to a better starting position. Milan can feel at least as a slight favorite thanks to the away goal. Also statistically: Milan has prevailed four times in five knockout duels with United, but the last comparison almost exactly eleven years ago went to the English for the first time in the CL round of 16.

Despite the good performance in the first leg, the current form speaks against Milan. In Serie A, the gap to league leaders Inter has grown to nine points after the 0-1 draw against Napoli on Sunday. Only two wins in the last nine competitive games. The Europa League could be the last chance for the title for Stefano Pioli’s side.