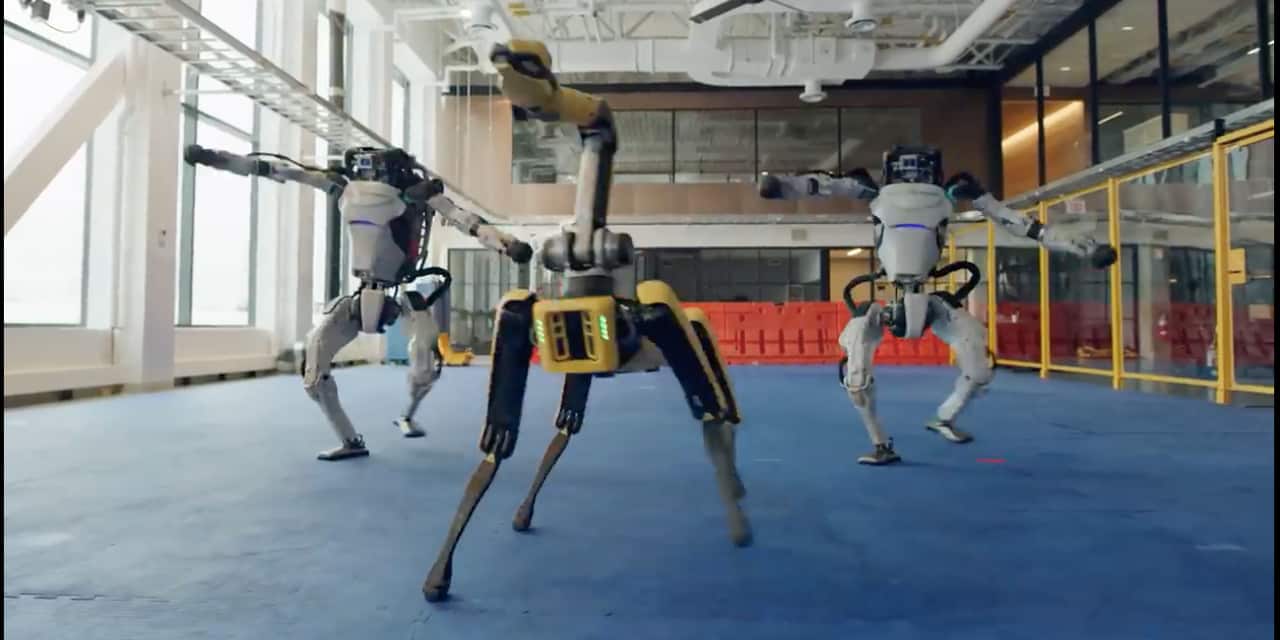 Robotics company Boston Dynamics, based in Waltham, Massachusetts, has decided to end 2020 in a rather original way by showcasing the prowess of the last three robots created by the company in a new video released on Tuesday.

In this sequence which lasts nearly 3 minutes, we can admire the 3 creations busy performing a few dance steps to perfection on the rather lively rhythm of the song “Do You Love Me” by the group “The Contours”.

Spot, Handle and Atlas, the last three models of the “Boston Dynamics” brand, thus indulge in a choreography millimeter for the less impressive and in which we can find some swaying and jumps concluded by puzzling balancing movements.

Already in 2018, the same company unveiled its “Spot mini” robot which knew how to open the door to its friends on its own and had managed to perform a few dance steps on the song “Uptown Funk” by Bruno Mars. A particularly successful result which had already amazed at the time.

What is even more striking at the end of this year 2020 is the progress made in each of the movements of Spot, Handle and Atlas. Even to the point of saying that when it comes to dance, the three robotic machines at Boston Dynamics seem to have a lot more talent than some of us.

Advances in the robotics industry which demonstrate the bright future that this sector can have in the future. A sector that has also become known during this period of coronavirus with beneficial assistance provided to certain countries.

“Our entire team has come together to celebrate the start of what we hope will be a happier year,” said Boston Dynamics in the caption of the video, which was viewed more than 3.5 million times Wednesday at noon. “Happy New Year from all of us at Boston Dynamics.”

Boston Dynamics was recently acquired 80% by the automobile firm Hyundai Motor Company. This deal valued the company at $ 1.1 billion.

Previous Post
The galette des rois, a cake that has evolved over time
Next Post
White caviar, three times more expensive than black