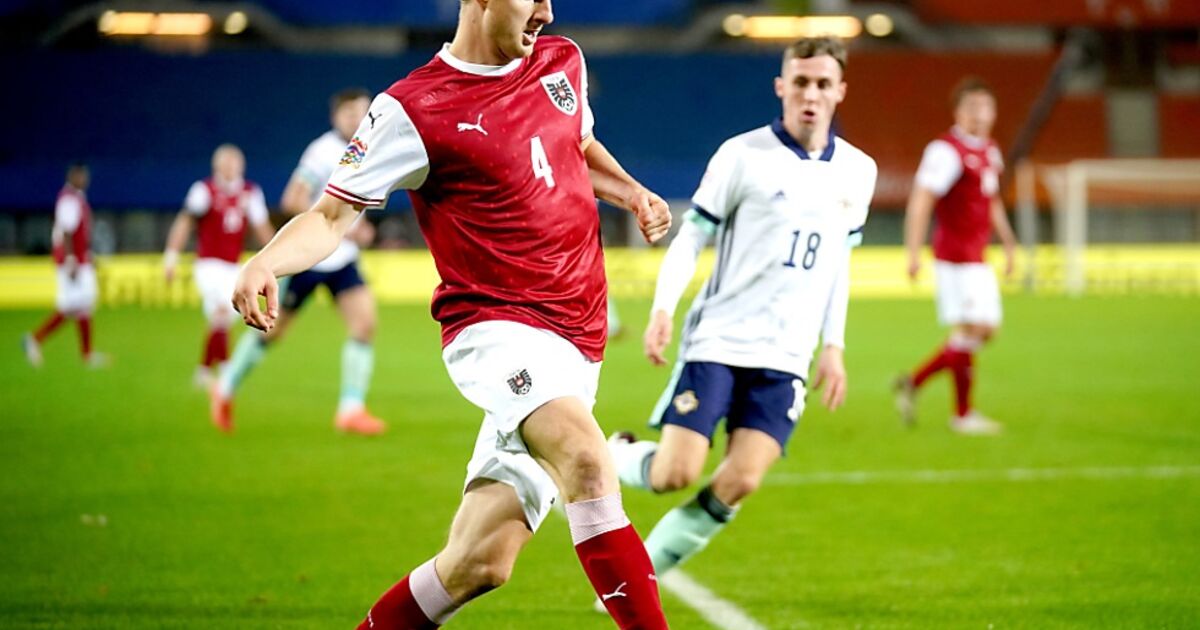 ÖFB team without Hinteregger and Posch to Glasgow

After the turbulent squad nomination for the upcoming World Cup qualifiers, the Austrian national soccer team is slowly becoming clear about the personnel situation. 27 of the 29 called up players arrived at the ÖFB team hotel in downtown Vienna by Monday lunchtime, delivered negative corona tests and will also fly to Glasgow on Wednesday.

Martin Hinteregger and Stefan Posch are not available for the opening match on Thursday (8.45pm CET / live ORF 1) against Scotland, as ÖFB sports director Peter Schöttel confirmed. Posch made his comeback for Hoffenheim on Sunday after surviving the corona infection, but will be subjected to another test at his club on Tuesday.

Eintracht Frankfurt professional Hinteregger recently had to pause due to thigh problems, and further examinations are pending for him. “We hope that the games in Scotland will work out,” said Schöttel, referring to the home games against the Faroe Islands (March 28) and Denmark (March 31).

The two Rapid pros Ercan Kara and Yusuf Demir, who are of Turkish origin and who would be practically “secured” for the ÖFB in the event of a trip in the international triple, are already there in Scotland. According to Schöttel, the 25-year-old Kara would not be able to change associations during a competitive match for Austria, the situation is somewhat different with the 17-year-old Demir. According to the ÖFB sports director, the teenager would be in the if he completed a competition match Eligible to play in Austria for the next three years.

Should he not play another international match within these three years, a change of association would be possible afterwards. From the third competitive game for Austria, the matter is finally decided. Schöttel emphasized in this context that both kickers deserved the call-up and that team boss Franco Foda alone decides on their use.

The national coach asked for the first training session on Monday evening. Federal President Alexander van der Bellen also stopped by the training ground at the Happel Stadium to wish the selection good luck before the World Cup qualifying start.

That the head of state can welcome players like David Alaba or Marcel Sabitzer was only officially confirmed on Sunday. “I’m of a more sedate age and have seen and seen a lot in football, but that was really very challenging,” said Schöttel about the past few days.

At first it looked like an away game in Scotland without 19 German legionnaires, before a new classification of Great Britain by the Robert Koch Institute on Friday evening brought the change. Thereupon Schöttel and Foda immediately contacted the clubs concerned, which suddenly became subject to mandatory parking again. “Your joy was about to end,” reported Schöttel.

The sports director does not believe that the squad will be mixed up again by new Corona travel restrictions in Germany. “I expect to be able to play these three games with this line-up.” Only Philipp Lienhart had to return to Freiburg after the Faroe Islands match due to local requirements.

The 53-year-old is happy to finally be able to focus on the sporting aspect. “We have the administrative and organizational issues behind us, now we want to start really well in the World Cup qualifying,” explained Schöttel.

The Viennese expects a duel at eye level in Glasgow. “It will definitely be one of many close games in our group. Scotland has a very compact team with top individual players. That is definitely a very tough challenge,” said Schöttel.

Previous Post
“Hero of the Republic”: the zinzins of politics
Next Post
Education referendum – what remained ?: “A lost generation Corona threatens”