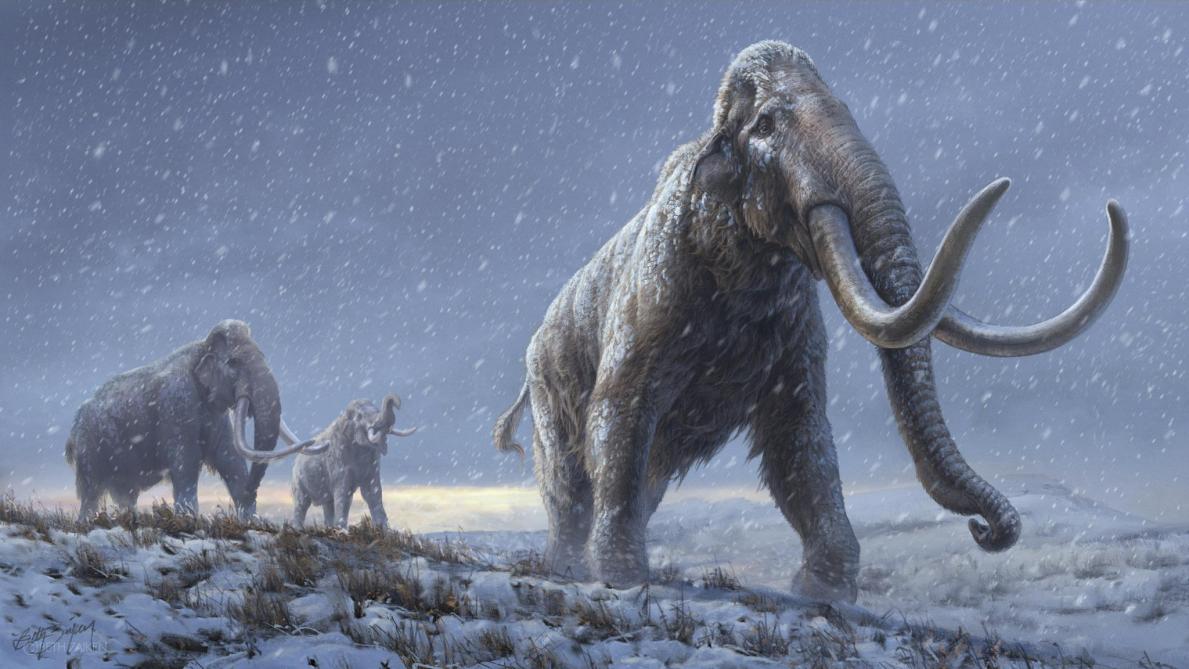 Oldest DNA in the world analyzed is from a mammoth 1.6 million years ago

Lhe world’s oldest DNA ever sequenced, dating back more than a million years, was recovered from mammoth teeth buried in permafrost in Siberia, a study published Wednesday revealed.

Analyzes carried out on three mammoth specimens shed new light on the Ice Age, when large mammals reigned, and the legacy of the woolly mammoth, the last survivors of which disappeared only 4,000 years ago from the island. from Wrangel, off Siberia. The deciphered genomes far exceed the oldest DNA ever sequenced, that of a horse between 500,000 and 700,000 years old.

The DNA here “is incredibly old. The samples are a thousand times older than Viking remains, and even predate the existence of modern humans and Neanderthals, ”marvels Love Dalen, of the Stockholm Center for Paleogenetics, who oversaw the study published in the Nature journal.

The fossils were discovered in the 1970s in Siberia, in permafrost (deep frozen soil, also called permafrost), and kept at the Russian Academy of Sciences in Moscow.

The researchers first succeeded in dating the teeth (molars) by comparing them to other species, such as small rodents, known to have been unique to particular periods, and found in the same sedimentary layers.

These early comparisons suggested that two of the large mammals were ancient steppe mammoths over a million years old. The “youngest” of the three, around 800,000 years old, was the oldest woolly mammoth (a species that diverged from the Steppe mammoth) ever discovered.

But the researchers went further, succeeding in extracting genetic data from tiny samples of dental powder, “like a pinch of salt to season a dish,” Love Dalen, professor of genetics, told a press conference. .

Despite their degraded condition, scientists have managed to sequence millions of base pairs, the building blocks that make up DNA, and estimate age from this valuable information, which is more accurate than geological evidence.

Verdict: the oldest mammoth, called Krestovka, is even older than initially estimated at 1.65 million years; the second, Adycha, is 1.34 million years old. And the “youngest” Chukochya, about 870,000 years old.

The fragments of their DNA looked “like a jigsaw puzzle, with millions of tiny pieces, many, many smaller than what you can ever get from good quality modern DNA,” said Tom van der Valk, of the ‘University of Uppsala in Sweden, lead author of the study.

Using the genome of an African elephant, a modern cousin of the mammoth, the researchers also discovered that the oldest, Krestovka, came from a heretofore unknown genetic line, which would have diverged from other species there. was about 2 million years old and then colonized North America.

Other analyzes have revealed genetic variations associated with life in the Arctic, such as hairiness, thermoregulation or fat deposits, suggesting that mammoths were hairy long before the appearance of their woolly congener.

The thaw of the Siberian permafrost, linked to global warming, brings to light more and more fossils. A real mine that makes scientists eager to also study the past of smaller animals, such as the ancestors of elk, muskoxen, or lemmings.

If genetics have put the spotlight on the megafauna of the Ice Age, “the hour for small mammals could soon ring,” said Alfred Roca, of the American University of Illinois, in a commentary published in study margin.

Previous Post
Neckermann reassures about bankruptcy rumors: what about the good value?
Next Post
The first images taken by the Perseverance rover on the planet Mars