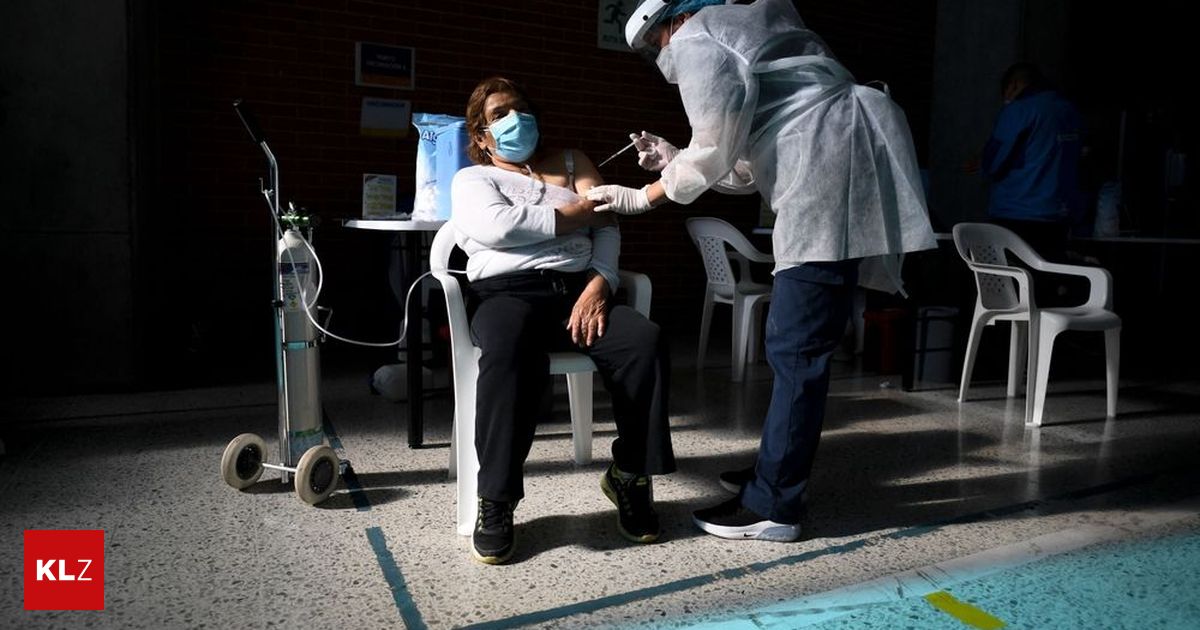 On the lockdown anniversary: ​​2521 new infections in Austria

There are currently 1,844 people in hospital treatment due to the corona virus.

At the Anniversary of the first hard lockdown in Austria the number of coronaNew infections further up. Have been within the past 24 hours 2,521 positive tests registered. On Tuesday, lower numbers were always reported due to the lower test evaluations on the weekend. But compared to last week, there are 14 new infections more, reported the Ministry of Health and the Interior on Tuesday (as of 9:30 a.m.).

The average increase in new infections registered in Austria has thus risen to 2,643. The Seven-day incidence is now 207.8 (on Monday it was 207.7). In Vienna this value was even 277.4. There, with 644, the most positive SARS-CoV-2 tests were registered within 24 hours, followed by Lower Austria with 508. In Upper Austria there were 388 positive PCR test registrations in the Styria 322, in Salzburg 212, in Tyrol 210, in Burgenland 109, in Carinthia 101 and in Vorarlberg, where the gastronomy has reopened, there were 27. Within one day 33 deaths were again mourned who died of or with Covid-19.

From Monday to Tuesday 85 new patients added that have to be treated in hospital. There are currently 1,844 beds with corona patients in Austria. In the intensive care units there was also an increase of 18 patients to 383. So far there have been 497,889 positive test results in Austria. 461,659 people have recovered from an infection.

Exactly one year ago, on March 16, 2020, the first lockdown to contain the coronavirus pandemic began in Austria. With fewer than 200 new infections and five deaths to date, exit restrictions were in place and shops without an urgent need, restaurants and cultural establishments were closed. The number of corona deaths now amounts to 8,925, around one per thousand of the approximately 8.9 million inhabitants of Austria.

The first “hard” lockdown had a clear impact. Up until March 27, the number of new infections every day rose to just over 1,000 cases, only to then drop rapidly. In mid-April there were the first easing of the measures and by the beginning of July the number of positive tests per day was below 100. After that there were increasing numbers up to 9,586 new infections on November 13th and in autumn and winter an ups and downs with lockdowns ” light “, again tougher measures and occasional easing. Since the start of vaccination around the turn of the year, the government has been on a test offensive across the country. In addition to the number of infections, however, hospitalizations have also increased significantly again recently.