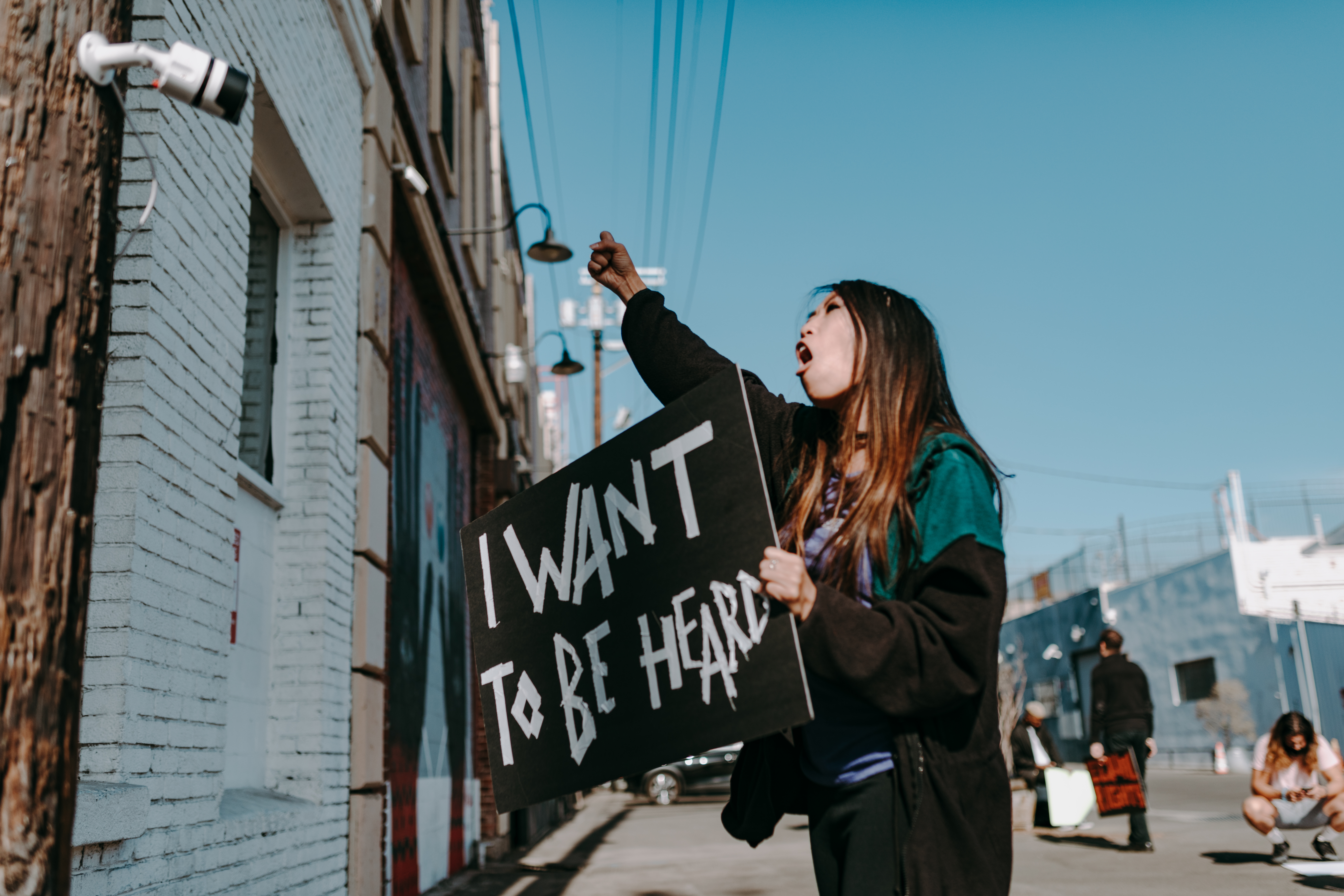 Plea agreements: no agreement for anyone?

Plea agreements. A good deal for someone who is guilty?

A good deal for the state since plea deals avoid an expensive trial?

Here are some plea deals offered vs. real sentences issued in which I personally noticed. I omit the surnames of those mentioned.

Alberto – sexual assault; he was offered a plea deal to reduce the felony to a misdemeanor, no compulsory sex offender treatment, no annual registration as a sex offender, and a 4-6 month prison term. He refused, saying, “I am not guilty.” After 2 trials (the jury deadlocked on the first trial: 10 not guilty; 2 undecided), the second jury convicted him and he was sentenced to 7-1/2 to 15 years.

Michael, sexual assault; he was offered a 1-year plea deal with the stipulation that he had to complete sex offender treatment. He refused, went to trial and is serving 2 consecutive sentences of 3-1/2-7 years (ie a possible 15 years in total).

Carl, sexual assault; he was offered 2 to 6 years as a plea deal. He refused, pleading innocence; he was found guilty and sentenced to 7-1/2 to 15 years plus 6-12 years, suspended, if he behaves well according to the first sentence.

In New Hampshire, case law governs plea bargains. “…(They) have been openly recognized as part of the criminal process since 1970, even though they have existed…since time immemorial.” (State vs. Manoly., 1970) This is also the case in virtually all other states.

Both defendants and prosecutors use plea bargains and plea deals. Why?

Obviously, if a guilty plea can be successfully negotiated, the expense of a trial can be avoided.

If the crime has traumatized the victim, a trial sometimes further exacerbates that trauma. Some victims refuse to testify or dread the thought of facing their perpetrators again. Think: if you were brutally raped, beaten or terrorized for hours, whipped with a gun, etc., how would you feel going through a trial for hours or days, seeing the person who offended you? Would he be able to face the incessant questioning of the lawyers about the incident, about his personal life, and with the public watching, with the possibility of details in the newspaper and on television?

So, would you be grateful that a plea deal was reached and the person who committed a crime was punished without your further involvement?

Or, on the other hand: What if you were willing to testify against this person and wanted him or her to receive the full penalty under the law, and then the state offered you a plea deal? What if that sentence could have been 10-20 years if he/she was convicted by a jury and the plea deal was 2-4 years? Would you feel cheated? Would the public feel cheated, thinking that this person should have been given the full weight of the law and shouldn’t have been able to receive a shorter sentence just for pleading guilty?

In anticipation of this article, I asked an inmate at Concord Men’s Prison how he felt about plea deals. (He had turned down one in his case and had been sentenced to triple the plea deal.) He said: “He is being punished for exercising his right to trial, if he is offered a 2-year plea deal, and you are told he will get up to 20 years if he loses at trial.” In other words, `If he insists that he is entitled to a trial, we will convict him and give him two, three times, etc. more years in jail than if he accepts our offer.

He went on to explain why this happens, including the difficulty of trying to predict how a jury would react to the evidence, the defendant, and the alleged victim. He said, “I’ve won cases where I was sure I would lose, and I’ve lost cases where I was sure I would win. And most experienced criminal defense attorneys would tell you the same thing.” And prosecutors could say the same. “Obviously, both sides take a risk when they go to trial.”

I mentioned earlier that settling a case by plea bargain avoids large expenses. Atti. Skibbie also testified how plea deals relieve the court of a monumental number of cases. Imagine, if 90% of felony cases were settled now and that stopped! If you think the court system is now clogged with backlogs (which they are), think what it would be like with 9 times as many cases!

He further commented on the prosecution’s justification for higher sentences if the defendant insisted on a trial and was later convicted. One reason is the effect the trial has on victims and other civilian witnesses. Similarly, the defendant’s attorney is motivated to negotiate a plea as “…which will normally be a modification of the charges, a recommendation for a sentence that the defendant will perceive as better than what he or she would receive after trial, or both.” He said that in sex cases, there are additional factors for both parties to motivate plea bargaining.

“First, from a prosecutor’s perspective, these cases are associated with heightened uncertainty…” From the defense side, “The sentences after conviction, after trial, are very, very high. If you’re a 20-year-old man and you’re potentially facing 20 years in prison if you lose this trial, there are a lot of people who think that that’s the end of his life: being 40 years old.”

Referring to the difficulties of having the victim talk about embarrassing and private matters during sex crimes trials, he said: “But on the other hand, there is probably nothing more difficult (for the accused) to admit in public court than a sexual offense” (in the case of a plea agreement).

Another important factor in sexual assault cases is the possibility that the accused may have to register every year for the rest of his life as a sex offender. If the prosecutor offers a plea deal that still requires this provision, many defendants become anxious about accepting the guilty plea. Some say ‘no’, preferring to take their chances in court. This ‘registration aspect’ is unique to sexual offences. If you rob a bank, brutally rob someone, kidnap a child, or even keep the police “at bay” with an assault rifle, you can “take a guilty plea,” and when you’ve served your time and are released, you’ll re ‘through’ with the system. There is no record every year at the police station and no easy way for the public to find out that he has been incarcerated for committing a serious crime.

If you move to a different community or state, you can virtually become anonymous when it comes to your past crime.

“It’s very, very difficult to make the decision to go to prison, even for a relatively very short period of time.”

What if you are innocent? Let’s say you’re offered a two-year plea deal, with a possible 20 if you lose at trial. Do you forget that you are innocent and accept the plea because you have heard that justice is not always fair and that you can be unjustly convicted?

I leave you with two more cases, real cases in New Hampshire. These are direct quotes from the damned.

(one) “I have been an inmate…since 1995. The day my trial started, I was offered a 4-year plea deal….the deal was only on the table until the victim took the stand. Because I was innocent, I went to trial…” “I was convicted on 7 of the 12 counts. The judge sentenced me to 18-1/2 to 37 years, with 14 to 28 years more deferred. I could possibly serve a maximum of 65 years.” “If I were guilty, I would have easily pleaded guilty, completed the sex offender (treatment) program and, as of today, would be living in the community again.”

It is difficult to comment on these specific cases unless one has read more about those cases. But they are all examples of our plea deal system. That the state could offer such a small sentence on a guilty plea, and then pass such a long sentence if the case went to trial,

Is there any crime less heinous because the perpetrator agrees to a plea deal? If the prosecutor is sure that the defendant is guilty, is he harming society by offering the offender a very light sentence versus a much heavier sentence if found guilty by a jury?

The plea deal system is indeed an interesting aspect of criminal justice and, in my opinion, may never really be fair to all or even understood.