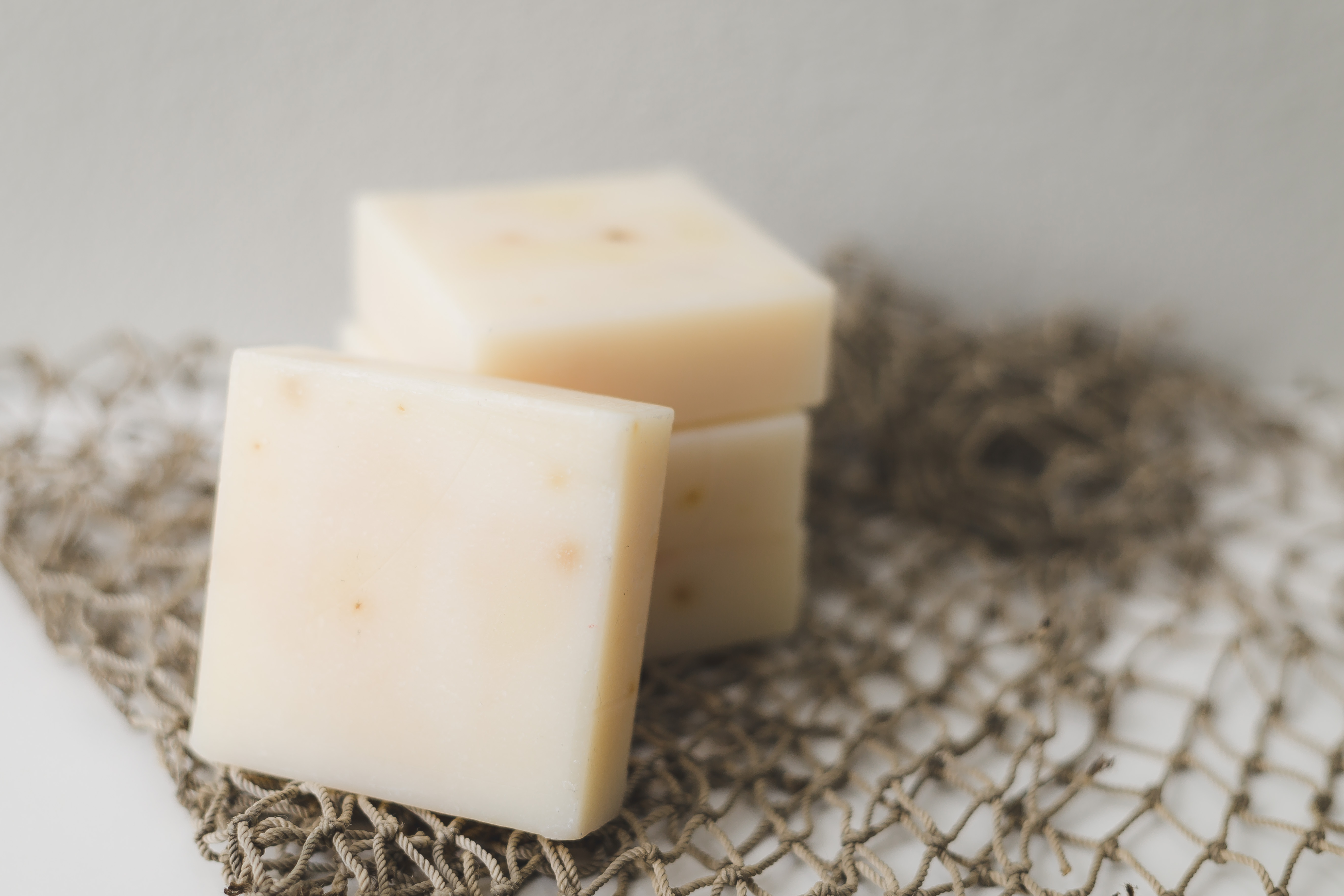 Prodigy of Rebirth in Ariel by Sylvia Plath

In search of an ideal ego, the poet, despite living in a world of random and threatening events, has bravely experienced a kind of rebirth both in her life and in her works to exhort self-gratification. Yearning for true fulfillment, Sylvia Plath finds it inescapably unavoidable to initiate a metabolism that has become the motif of Rebirth in most of her later Ariel poems. She, as “the cauldron Goddess of poetic inspiration” (Wagner Martin 114), pioneers the Renaissance process by invoking resurrection in her new collection of poetry, Ariel. The open suspense poems that have been derived from the interiority of her creator are an appropriate spectacle to be deconstructed. The moral investigation of this challenging new world of poetry provides the essential arena for the character to extinguish her repressed cries and the agonies of her past. The arduous persistence in detail endows the poems with such vitality that readers are caught up in participating in both the objective and subjective atmosphere presented in these settings. In Ariel, Plath correlates the notion of Rebirth with motherhood and motherhood. The old self could be an example of maternal domination and contamination by others, while the emerging new self is free and liberated in contrast to the early dependent.

Clash of motherhood and maternity

Love sets you going like a fat gold watch.

The midwife slapped your soles, and your bald scream

Take your place among the elements. (COP 156)

When one recalls the notion of Mother, the first impression that strikes is the devoted act of love and mercy. Knowing the fact that Plath’s bipolar disorder and postpartum depression intensified after her pregnancy, this issue could be seen as her agonizing attitude toward intercourse and her conception. She demands the contemplation that pregnancy is equivalent to losing one’s identity in some sense. Reproducing a creature that sucks its own blood and inherits some genetic characteristic is exactly the same as otherness that was widely discussed in the second chapter of this thesis. In “Metaphors,” Plath applies a kind of metaphorical language to portray the person’s pregnancy. She indicates an elephant as a heavy pregnant woman and a watermelon as a fetus. The cumbersome act of pregnancy has been grotesquely described in a riddle-like poem of “Metaphors” in nine syllables.

This uncontrolled outpouring of affection, as discussed in the previous chapter, could occasionally hinder the child’s progress, as the mother is severely fostering otherness within the child by feeding her own unfulfilled expectations and repressed desires. To establish the independent personality, the child has to kill the inner parenthood.

The mother’s breast is dry and stiff in Ariel’s poems. Her milk is the obvious source of otherness injected into the child’s body through suckling. On the other hand, Plath associates the idea of ​​abortion with motherhood and motherhood, when the life of the embryo is deliberately or involuntarily taken and ends with alterity.

The old self is like a mother suffering from a fatal disease and giving birth to a new baby, as the new self and true self would lead her to death. This idea of ​​being a mother and being reborn encompasses most of Sylvia Plath’s poems when at the same time the concept of being a mother and her fertilization, patriarchal power and creation would be called to challenge. Since this birth is free from any coitus and meditation and beyond giving birth and pregnancy is the mere right of production, acceptable to female entities in factual norms, apparently this is what Plath could pose the question and the sarcasm of the productive power of the Almighty and his guilt. and determination in the creation of the lord of creatures, human. In ‘Lady Lazarus’ she yells:

This rising from the ashes is the parody of the day of Resurrection, but she has not done so under the will and permission of her creator, but simply spontaneously stems from her own yen and momentum. Again elsewhere in ‘Lady Lazarus’, the narrator assembles her body parts as God has sworn and guaranteed in the Holy Book that He will do the same on Resurrection Day: “These are my hands/My knees./I can to be skin and bone,/ Yet I am the same, identical woman” (Collected Poems 245).

If ridiculing such a magnanimous act of Rebirth and resurrection in a kangaroo court of a poem like ‘Lady Lazarus’ is not an act of defiance and supremacy, what could it be called then?

Calling Plath an atheist or considering her poetic style and subject matter profane would be outside the scope of this discussion and would turn to theological and religious doctrines and principles.

On the counterparts of two competing competing Selves, in the previous section it was argued that the old self is an adult and a mother, but here instead one could consider the childish aspect of the old False Self and the mature portrait of the new Self. Real. What really matters in this metamorphosis is the process and the phase that the person has gone through and the freshness of the soul and the entity with a blackboard inside, removing all the black spots of the past.

The early self and the new reborn self

Ariel seemingly embodies Plath’s response to oppressive modern society. The artist’s self has the capacity to be promoted and therefore must necessarily be nurtured in order to be reborn.

Whereas in the earlier poems the self was often represented in terms of its own possibilities for transformation, in the post-Colossus poems the self is more often seen as trapped within a closed cycle. One moves, but only in a circle and continuously back to the same starting point. More than the self and the world, Ariel’s poems record the self in the world. The possibilities of the self are intimately and inextricably linked to those of the world. [Italic mine] (Pamela J. Annas171)

The self encounters a kind of buffering effect from the world in order to define itself and come to recognition. Evidently the self finds its validity and meaning in the external world and its elements. Contemplatively speaking, the world and the environment mold the shape of the self as pottery molds clay.

The idea of ​​Rebirth has come in the last lines of ‘Love Letter’ in The Collected Poems edited by Ted Hughes to witness such a metamorphosis within the person:

The length of my finger became transparent like glass.

From the stone to the cloud, thus I ascended.

Now I see myself as some kind of God

Floating through the air in your soul change

‘An arm and a leg’ here would connote the Biblical allusion to the Day of Resurrection that all members would be associated as before. The repetition of ‘…one arm, one leg’ simply signifies the safety of the person and simultaneously the awe of such recreation and Rebirth. Further, the most important thing is that ‘An arm and a leg’ could refer to something costly and costly. This Renaissance has cost Plath ‘An arm for a leg’ for sure. She would have to pay exorbitant sums to obtain such precious Rebirth.

‘From stone to cloud, thus I ascended’ specifies the moral elevation and greatness of such a Renaissance. It could be interpreted that the soul of the person has joined the divine entity that childishly and habitually believed to be located in the sky and behind the clouds.

‘Cloud’ also often flashes the notion of fecundation and fertility as pluvial clouds are pregnant with rain and bring freshness and Rebirth to all of nature.

‘Now I look like a kind of God’, in Greek mythology there are several symbols of God that exist for each element, better to mention God of wind, Goddess of fire, etc. But here, due to the act of creation, the person gallantly puts himself in parallel with the Almighty by applying bold statements and thus calls the entire creation in requisition and takes it for toil work.

The comparison and description of the character to himself ‘to sprout like a twig of March’ could be as if he intended to defy nature with his own potential and aptitude for rebirth and metamorphosis which would be fully argued in the next section.

Previous Post
Weight Loss Struggles: Understanding Why People Fail Every Year
Next Post
What is an executive profile and what does one include