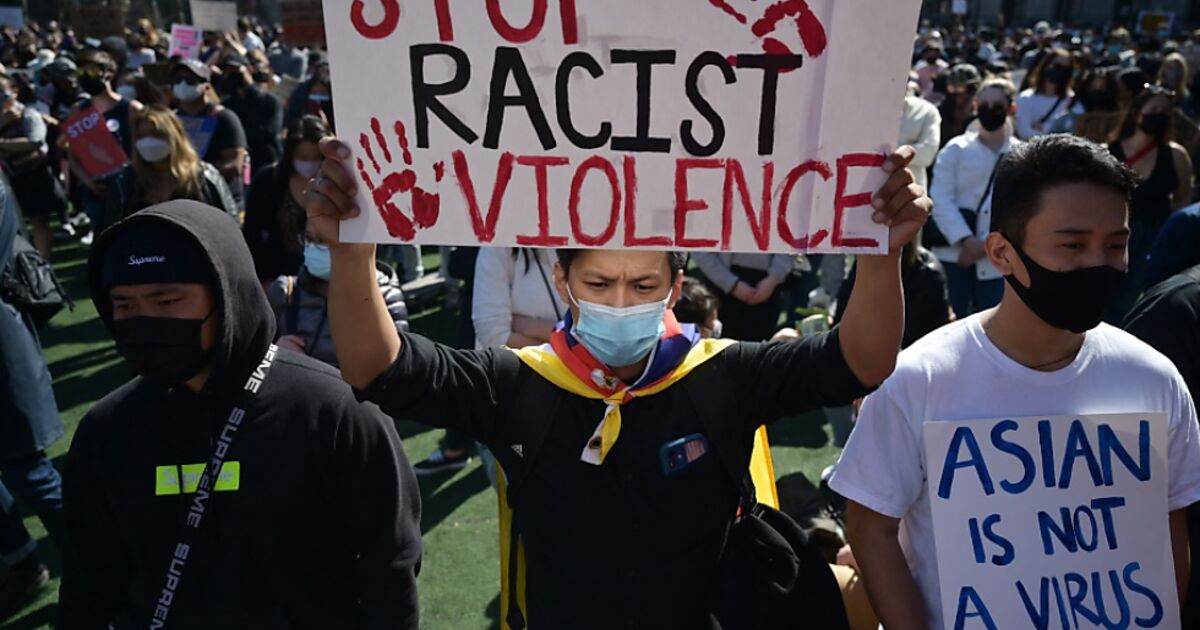 Protests against anti-Asian racism in the USA

Thousands of people have taken to the streets in the United States against anti-Asian racism. There were protest marches on Sunday in New York and Washington as well as in Atlanta, where a man shot and killed eight people, including six women of Asian origin, in attacks on massage parlors on Tuesday.

According to the police, the 21-year-old suspect Robert Aaron Long rejected a racist motive. He said that in the fight against his sex addiction he wanted to “eliminate” a temptation that had brought him into conflict with his strict religious beliefs. The authorities have not yet confirmed Long’s motive. In general, however, the act is a symbol of the intertwining of sexism and racism in the United States.

Demonstrator Xin Hua in Washington said that she was “really angry” that the police did not classify the crime as clearly racially motivated: “The fact is that six Asian women were killed.”

“I am not your temptation” read a poster that the protester Kat wore. “In dating apps, men contacted me and said,” I have to cure my yellow fever, “she said of the racist sexism against women of Aisan origin. The background to racism directed against Asians in the USA is also the actions of the previous administration under President Donald Trump to brand the coronavirus as “China virus”.

Previous Post
Exhibition: the size of the tiny
Next Post
Ghent wins on the wire against the Circle (1-0)