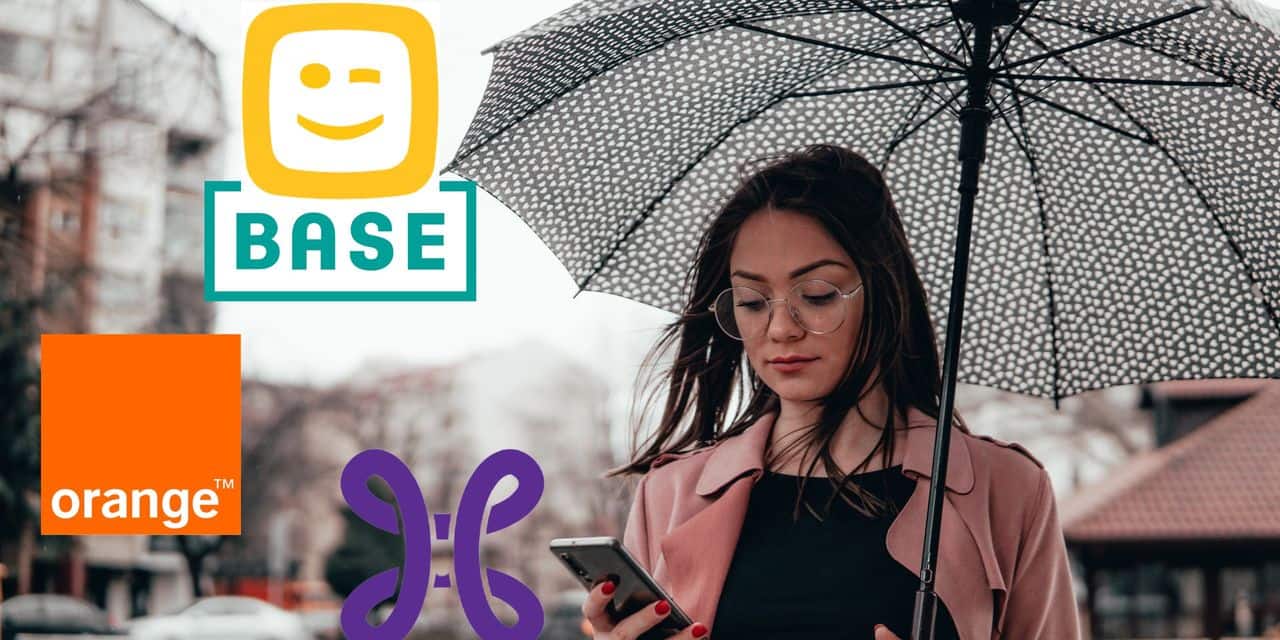 These are results both expected by undecided consumers and feared by operators, as poor performance can cause a priori negative if not the exodus of mobile customers: the results of the survey on the quality of networks mobiles in Belgium have just fallen. This is because, if the price of a mobile subscription is the No. 1 criterion taken into account by the consumer when choosing the dairy to which he will entrust his smartphone, the intrinsic quality of the network does not reach. far behind …

As a reminder, the procedure consists of traveling as many roads as possible in our Kingdom with a specially equipped car to perform as many tests as possible (voice calls, data, downloading a file, uploading a file, etc.) on the three mobile networks that structure our country: those of Proximus, Orange and Telenet (formerly the basic mobile network). The other operators are not included in this survey for a very simple reason: there are only three mobile networks in Belgium that are physically established, third-party players active in the mobile telephony market necessarily pass through one of these three. there (MVNO).

In this case, the test campaign took place from September 17 to October 10, 2020. More than 60,000 data tests and 7,800 calls were carried out in 3G and 4G, in 66 towns and villages across the country. A total of 250 hours of tests were carried out over a distance of 11,000 km. The test vehicles are passed on the main regional roads, but also on the secondary roads and the more rural roads of the country, in all the provinces. The study also measures the experience of consumers who use their smartphones outside of their vehicle, in their homes, on the outskirts of these roads. Towns and villages were selected based on their size and population.

So what are they saying, these results of the 2020 survey, communicated by BIPT, the gendarme of our Telecoms? Here are the two main lessons to take away.

1. Voice calls: the three actors in a pocket square

Strictly speaking, this is no longer a raging battle, as it has been established for years that operators are almost at their threshold when it comes to the quality of voice calls. Note, however, that “the three operators offer a very good quality of service: during the study, 99.8% of calls were indeed made without interruption”. Proximus offers the fastest call start time, while Orange and Telenet / Base have slightly better voice quality. But it is almost insignificant, since imperceptible to the human ear.

2. Mobile data, the sinews of war: Telenet the fastest in downloading, Proximus the most reliable in streaming, Orange the most robust in uploading

The stake is obviously quite different concerning mobile data, the nerve of the war of the decision-making process of the customer today. In this respect, Telenet is still struggling with a priori a less efficient 3G / 4G network. A prejudice that is most false, as the Flemish cable has invested heavily to catch up. And it is reaping the rewards: with an average 99.5 Mbps download, Telenbet / Base is clearly the mobile network on which downloads are the fastest in Belgium! “In general, the user has access to an average download speed of around 80.6 Mbit / s against 62.9 Mbit / s in 2019”, comments BIPT. Excellent average rates at European level, it must be said again. As for Orange, it is in terms of upload (the fact of “putting” a file online rather than “retrieving” it) that we stand out clearly, with an average speed of 28.9 Mbps, faster than its two competitors. At Proximus, the incumbent operator is particularly comfortable with very popular usage: its reliability rates are the highest for video streaming.

“The study shows that the quality of voice and mobile data usage of the three mobile networks is excellent”, summarizes BIPT. “In this period of the coronavirus crisis, high quality networks are of paramount importance.” Compared to previous years, the performance of mobile networks in Belgium is stable or improved on all performance indicators. The study shows that the quality of the experience is very good, both in the country’s large and medium-sized towns, in rural areas and on transport routes. An international comparison of the performance of mobile networks also indicates that Belgian networks are among the best networks in the European Union “, concludes the telecoms regulator.

The full survey can be viewed here.