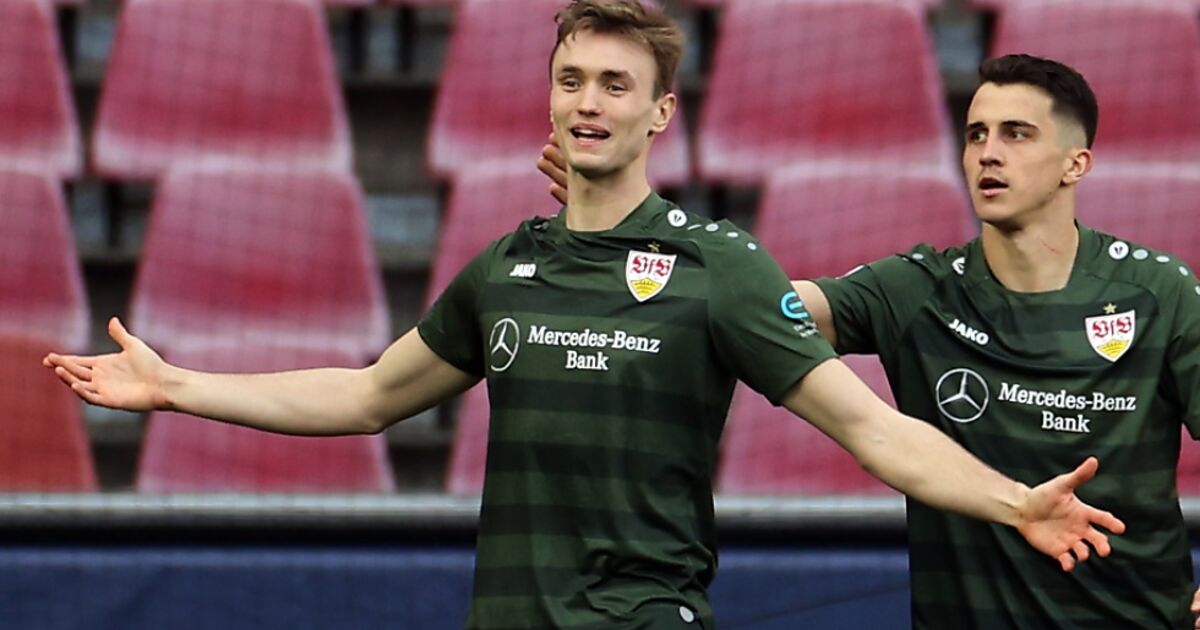 Ten rounds are still to be played in the German Bundesliga, and RB Leipzig is the only remaining competitor in the championship race to force the Bayern hunt. After losing the Champions League against Liverpool, the Saxons are looking for luck against Eintracht Frankfurt at the weekend, Bayern may play in Bremen without David Alaba. Stuttgart’s Sasa Kalajdzic could set a club record against Hoffenheim.

The use of the goal scorer is also questionable. Kalajdzic, who continues to fill the German gazettes after seven goals in the past six games, had to skip large parts of the training week due to knee problems. Coach Pellegrino Matarazzo provided the use of the twelve-time goal scorer against Hoffenheim with a mini question mark.

If the 23-year-old Kalajdzic also scores against TSG, he would break the club’s internal record from Fredi Bobic, who scored goals in seven consecutive games in the 1995/96 season. “I’ve heard of the series by now, but it’s not important to me. Even if it’s nice to be compared to great players like Fredi Bobic,” said Kalajdzic.

The duel with his compatriot Stefan Posch will probably be canceled. The ÖFB team defender in the service of Hoffenheim is still questionable after his corona quarantine. “Here, too, you saw again that that doesn’t mean: stay at home for a short two weeks – and then I’ll be back,” said coach Sebastian Hoeneß, who now knows some players who have been infected with the virus for a long time Needed return.

Bayern star Alaba complained about muscular problems before the away game in Bremen. “We have to wait and see,” said coach Hansi Flick. Werder defender Marco Friedl is suspended after his fifth yellow card. “That is all the more bitter, especially since I haven’t missed a minute this season,” said Friedl.

Konrad Laimer has been absent from Leipzig since August 2020 due to a bone edema. Marcel Sabitzer and Co. will face fourth-placed Eintracht from Frankfurt and a fit Martin Hinteregger on Sunday. Leipzig is two points behind league leaders Bayern. The grass ballers have it in their own hands before the direct duel on April 3rd in their own stadium. “But we can’t just talk about it,” said coach Julian Nagelsmann.

The hit is due immediately after the international break on Easter Saturday, before Arminia Bielefeld is waiting for Leipzig and Bayern Stuttgart. The RB kickers no longer want to be shaken off so easily by the Munich team as they did last year. “We will put pressure on Bayern,” emphasized goalie Peter Gulacsi, who can rely on the best defense (20 goals conceded) in the league. Even that was not able to prevent the failure against an English master who was not in top form.