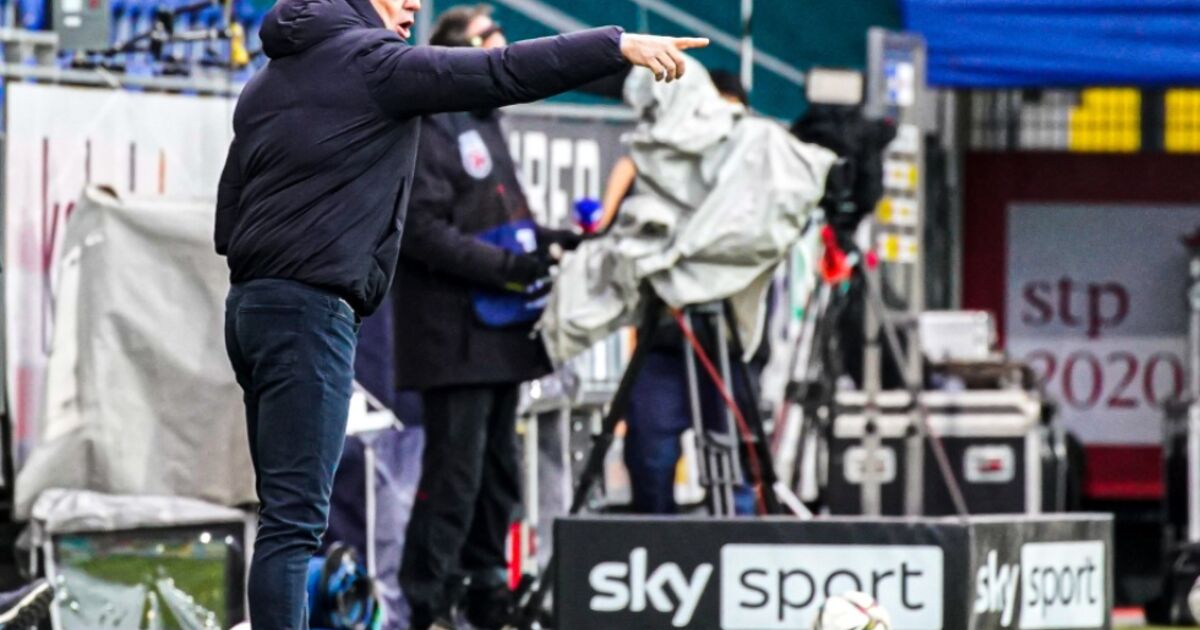 In the last game before the division of points in the Bundesliga there is an important duel in the relegation battle in Vorarlberg. SCR Altach and SV Ried are trying to get as good a starting position as possible on Sunday; with an away win, Ried would overtake the Rheindörflers again. However, they want to confirm the upward trend under coach Damir Canadi. Statistically, almost everything speaks for the locals, who are even allowed to welcome spectators again.

Altach recently celebrated two 1-0 away wins under Canadi in St. Pölten and Wolfsberg, at home against LASK it was a 0-1 defeat in between. The bottom line is the jump to tenth place in the table. In the first home win under the coach returning home, the lead over Rieder in the table would already be five points before the league mode destroyed half of the points.

“The win against St. Pölten gave us confidence,” said Canadi on Friday. On Sunday afternoon in front of a private audience – 100 guests are allowed thanks to the softened anti-corona measures in Vorarlberg – another step forward should be achieved. “The team and I adjust to each other better every week. We now want to go into the international break with a positive result.”

Ried is a team “that has its strengths in the shift game and will try to shape its game even in this situation. With Bajic and Grüll they have two outstanding shift players.” Regardless, the Viennese promised full concentration on their own match plan: “There are a lot of areas where we have to improve. Otherwise we would not be in the table where we are.”

With the exception of the ailing captain Philipp Netzer and the suspended Manfred Fischer, all of Canadi’s troops are back. On the other side, he meets his own son: Marcel Canadi has been playing in the Innviertel since last summer. The duel is not a topic of conversation within the family. “When I talk to my son on the phone, it’s basically not about football. We haven’t talked about the game in the last few days,” said the senior.

The Rieder have an overall positive Bundesliga record against Altach, but have not celebrated a single win in the past nine rounds and have recently lost three times in a row. The head coach Miron Muslic, who had already been counted for this reason and who only moved from the FAC to Upper Austria at the beginning of the year, is allowed to continue, but with Andreas Heraf he was provided with an experienced assistant coach.

“It’s a very important game for us. We have to be fully focused,” said Muslic now. Last Sunday, his team suffered a 3-0 home defeat in the Upper Austria derby. “We didn’t have the momentum on our side against LASK,” said the 38-year-old. In the end, “unfortunately, individual mistakes again led to the defeat. But that is now ticked. We will give everything to finally be able to write three points in this game.”