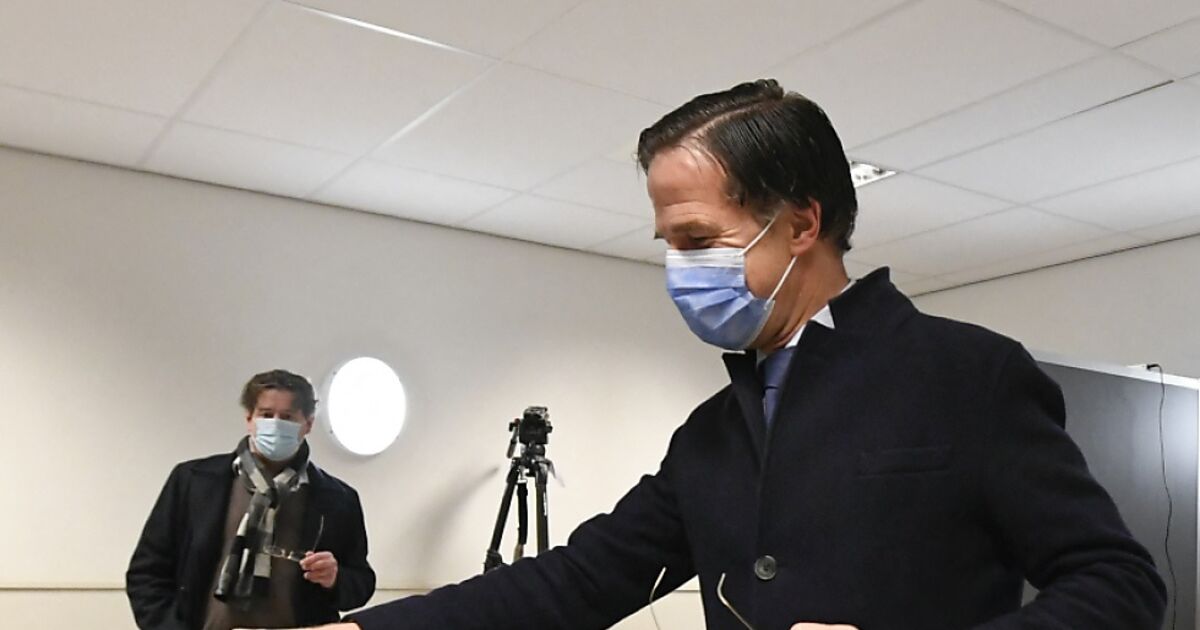 After his victory in the Dutch parliamentary elections, the right-wing liberal Prime Minister Mark Rutte wants to start the likewise successful left-wing liberal talks on forming a government. This was “obvious,” said the 54-year-old on Wednesday evening. According to a forecast by the television station NOS, Rutte’s VVD will be the strongest force in the Second Chamber of Parliament with around 23 percent and 36 out of a total of 150 seats.

Surprisingly, the left-liberal and particularly pro-European D66 took second place. According to the forecast, she won 27 mandates, eight more than before. Surveys showed that this is largely due to the popular top candidate Sigrid Kaag (59). The Foreign Trade Minister worked for the United Nations for many years and speaks six languages. She is considered a new star in Dutch politics.

Kaag indicated that she would only be willing to continue the coalition with Rutte’s VVD if another progressive party joins the government. Politicians must become “more progressive, honest and green,” she demanded on election evening. So far, Rutte has ruled with two right-wing parties, the Christian Democrats and the small ChristenUnie, with the exception of D66. “I have another ten years of energy,” assured Rutte (54), who has been in power since 2010 and will become the longest-serving Prime Minister in Dutch history in the next legislative period.

The party of right-wing populist Geert Wilders, which had been in second place in the polls for weeks, had to be content with third place. She lost three seats in parliament. But another right-wing populist party, the FvD of the nationalist Thierry Baudet, won six seats and now has a total of eight. A spin-off from the FvD, JA21, moves into parliament with three members, so that the bottom line is that the right-wing populists emerge from the election with a noticeably stronger result.

Christian Democrats, Greens and Socialists fared significantly worse than four years ago. The loss of six seats for the Greens is attributed, among other things, to the fact that the party did not join the government four years ago and climate protection is now a central issue for other parties as well. The Social Democrats, who were still the strongest political force in the Netherlands in the 1990s, stabilized at the low level of nine seats.

In addition to the 13 parties that were already represented in parliament, the forecast suggests that four more parties will move into the second chamber, so that 17 parties will be represented there in the future. There is no five percent hurdle in the Netherlands. Despite Corona, the turnout was 82 percent and thus as high as four years ago.

Previous Post
BMW shifts up a gear in electric ambitions
Next Post
James Levine, an insatiable appetite for music