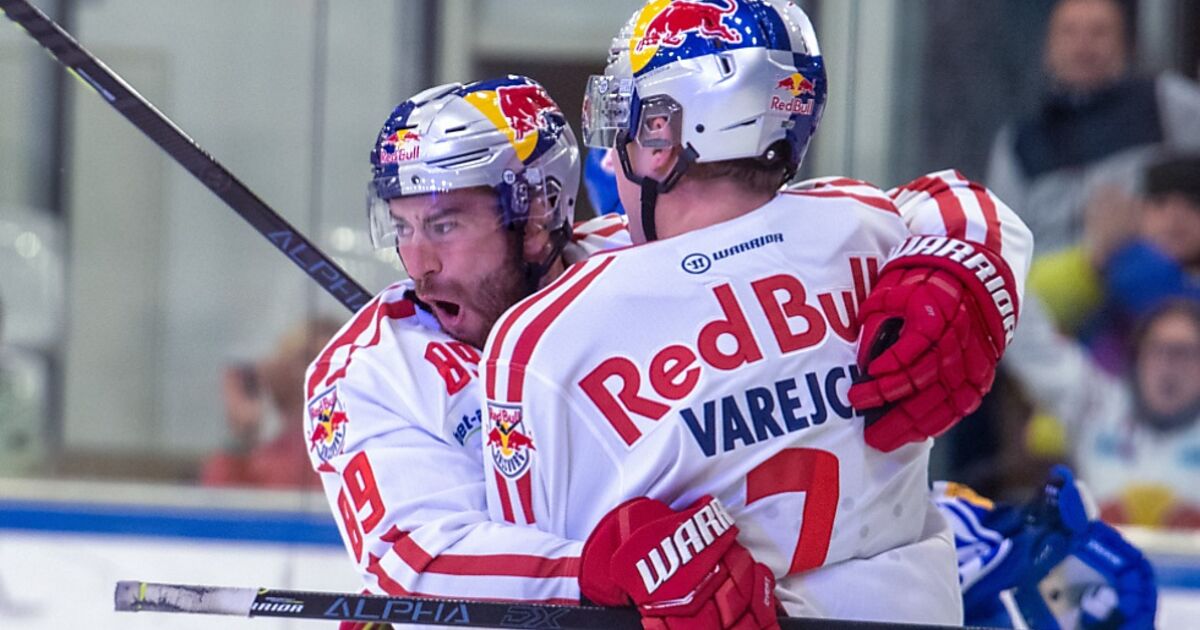 Salzburg managed to turn a 0-2 deficit in the “best of seven” quarter-final series of the ICE ice hockey league into a 4-2. The semi-finals are now fixed. After the 3-0 (1: 0.1: 0.1: 0) on Tuesday evening at the Dornbirn Bulldogs, the EC Red Bull Salzburg will face the KAC from Sunday. HCB Südtirol and Vienna Capitals will contest the second semifinals. This means that the first four teams are in the semi-finals after the intermediate round.

The finalists are then also only known after four wins. Salzburg qualified en suite for the semifinals for the eighth time, and Dornbirn could have made it for the first time. However, they are now eliminated 2-4 in a quarter-finals after a 2-0 lead in the series for the third time.

Like most of the game, the first third was evenly balanced, but Salzburg were a bit better in every segment of the game. It was not until shortly before the first break before there was cheering for the first time on the ice: Florian Baltram falsified a shot by Derek Joslin to take the lead in the 19th minute, just before the home side’s penalty had expired. After almost twice as long playing time, it was again 23-year-old Baltram who hit from close range in the 37th minute after a counterattack by David McIntyre and Peter Hochkofler.

Goals were also in short supply in the final third, not least thanks to the strong performances of both goalkeepers Jean-Philippe Lamoureux and Dornbirn goalie Thomas Höneck. The Vorarlbergers fought desperately to the end, but in vain. The risk was ultimately punished by the third goal for the guests by Mario Huber (60th) into the empty goal.

Baltram, who had already scored in the two previous games against Dornbirn, laid the foundation for the recent semi-finals, which Salzburg did not reach in 2012. The Dornbirn was denied the first semifinals in their club history. For the team from the “Ländle” a double, nasty deja vu: Already in 2014 they were up 2-0 in the quarter-finals against Salzburg and had lost 2-4. The same mishap happened to them against Znojmo in 2016.

Baltram summed up the filmed series in the Sky interview with a greatly improved defense compared to the first two matches. “We were definitely better behind. In the first two games we allowed too many chances, Dornbirn played the first two games really well,” said the double goal scorer on Tuesday. In addition, like his team-mates, he praised the recent strong performance of “JP”, ie goalkeeper Lamoureux. Now the cops finally want a title again. “Everything is possible. We are dying for the title, it’s been five years,” said Baltram.

Dornbirn goalie Höneckl was left with a “bitter aftertaste, if you then unfortunately eliminated” despite a strong performance. After the good start, it was frustrating for the team not to score for so long. Lamoureux managed the second shut-out in a row. “Salzburg has also found a good way to take our most dangerous weapons out of the game. Hats off and good luck in the semi-finals,” said Höneckl.