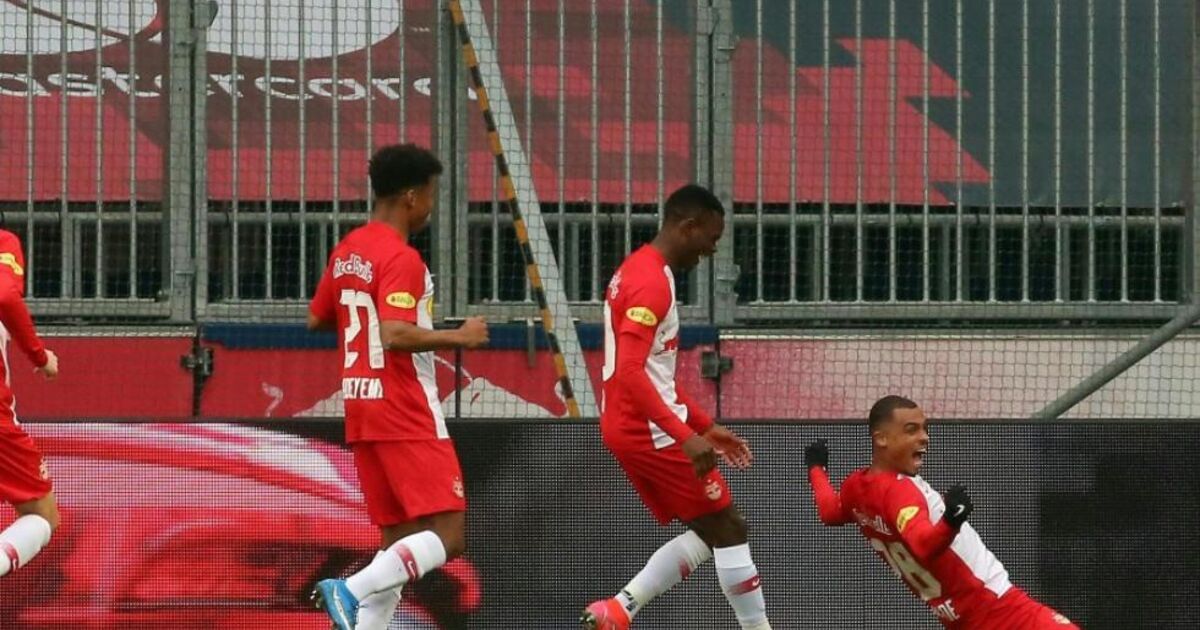 Soccer champions Salzburg did not slip again. The leaders of the table returned the favor with a 3-1 win against Admira for the December defeat and after the third clear win in a row confidently turned into the final phase of the Bundesliga. “We are now eight points ahead and are putting a little pressure on the other teams,” said Jesse Marsch, referring to the table situation before Sunday, when the pursuers were challenged.

The defending champion scored four points more than last year after 21 rounds. Salzburg’s coach reported that he and the team had learned a lot during the winter season – and after winning the eighth league in the past nine games, he was completely in his element. With familiar catchphrases, Marsch tried to preserve the positive mood and keep the tension high. “We have to stay strong,” he demanded and praised his players like the recently criticized Karim Adeyemi. “I am very satisfied and I am happy for Karim.”

The youngster, who was publicly reprimanded against Sturm Graz, showed one of his strongest performances in the bull dress, but could be second choice again at the end of the basic season against LASK. Because Mergim Berisha’s adductor injury should then be healed, as Marsch happily reported. Bernardo already got minutes of action against Admira and Noah Okafor is ready for the first of four outstanding duels with the LASK according to the march.

The favorite had a quiet football Saturday. Premier goalscorer Antoine Bernede (13th) and Rasmus Kristensen (23rd) took advantage of two mistakes in the Admira defense after dormant balls. “Fränky Schiemer always had a good plan. Standards are very important in football overall,” said Marsch, praising the assistant coach. “And the guys are really passionate about these standards.”

After half an hour it was 3-0 after a counterattack, which Patson Daka completed. The offensive strategy of the guests, who did not want to hide in Wals-Siezenheim after the 1-0 sensation last December, seemed to result in a rebuff. But it did not get to that. Because Admira eliminated the blatant mistakes and Salzburg took the game “a little too loosely”, as Marsch noted.

“We don’t play Red Bull Salzburg every week,” said Damir Buric afterwards, before he confidently remarked, despite the 14th defeat and the 50th goal conceded this season: “We are able to beat any other opponent.” The Croatian coach referred to a big chance statistic, according to which his team can be found in third place. “That means we have to reward ourselves more. But if you get goals like this, then you are where we are now,” said Buric.

He did not want to deny the standard weakness, he also identified a size problem. “We’d need one or two other great people for Datkovic.” The goals conceded on Saturday are also due to Salzburg’s strength. “They are very dangerous at standards with their blocks.” Roman Kerschbaum was already looking towards the qualifying group. The next ten rounds would “not be easy for the head,” he predicted. “But I think that we are equipped and ready for it.”