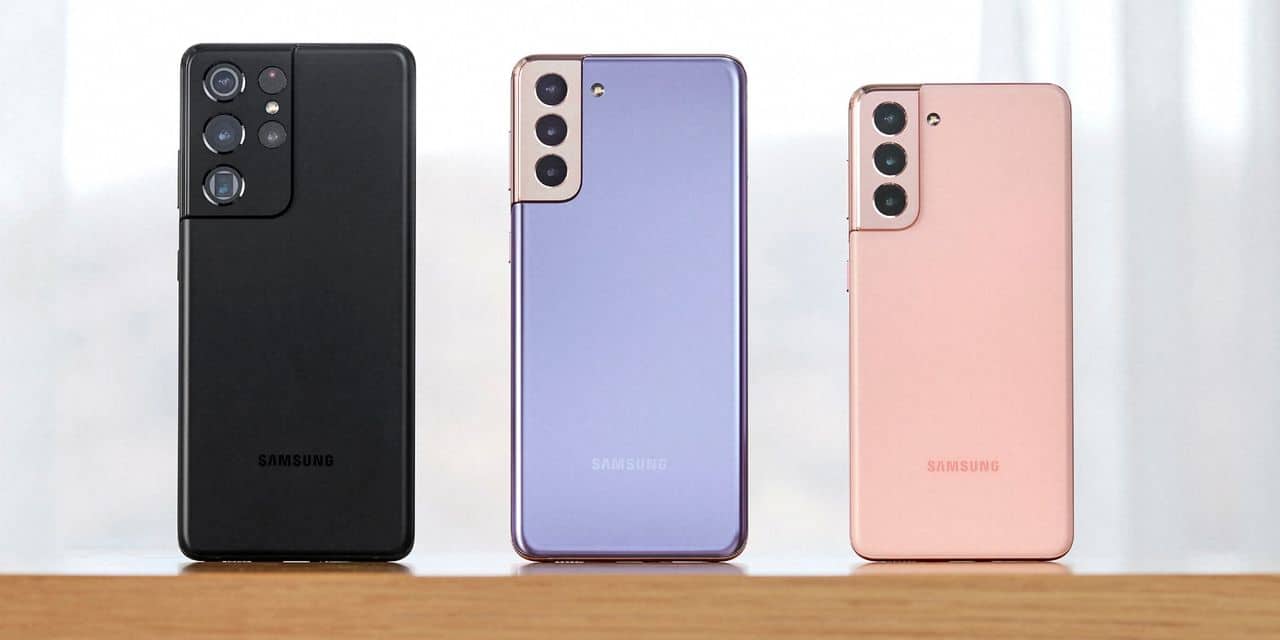 Samsung Galaxy S21, all you need to know: prices from 849 to 1429 €, a daring design, boosted photo capabilities and a Belgian leak that sowed confusion

Samsung has never released its S-stamped smartphone models, their biggest mobile release of the year, so early. The vintage just started, the Galaxy S21, again available in three formats (the classic S21, which will concentrate the heart of sales, the S21 + and the S21 Ultra, doped with hormones) arrive two months ahead of the S20 made in 2020 which were released in Belgium … three days before confinement.

The Covid is not for nothing: “the particular year showed how important technology was. This is what prompted us to accelerate the availability of our S21 range”, confides Sven Adams, carrier. word of Samsung Belgium. “And given the record number of people who wanted to be kept informed of this announcement, it looks like we were well inspired.”

It must be said, also, that the S20 suffered what the whole market experienced last year: a very strong (logical) paralysis during the first confinement despite e-commerce, a boost in sales to the deconfinement of the end. spring, then an overall slowdown in activity. Finally, 2020 will have been a complicated year for the entire smartphone industry, “even if we have consolidated our market share in Belgium: in 2020, one in two phones sold in Belgium was a Samsung.”

A photo block that we no longer try to hide

The S21 range, therefore. Two notable elements distinguish it from the vintage S20: the three models we are talking about are 5G compatible (only the S20 Ultra was last year). Moreover, without being able to speak of a revolution, the design has been reviewed overall. If the front face is still entirely occupied by a WQHD screen (120 Hz) “punched” by a front camera, integrated in the center of the screen, it is on the back shell that things move. The three (on the S20) or four (on the Ultra edition) built-in photo sensors are housed in a metal block that doesn’t really try to blend in. The idea is rather to highlight the photo block, rather than trying to make it disappear. This is even more true with certain color variations. We were able to take in hand the matt purple S21 with gold photo block, in fact, we only see him …

“Today, the time is no longer for discretion. People no longer want to have the same smartphone as everyone else, justifies Samsung. Our phone has become a means of reflecting our identity. And like the identity of the Galaxy S range is the quality of its images, Samsung wanted to distinguish the presence of the photo unit including in the design. ”

On the technical side, the monster S21 Ultra includes two (!) Optical zooms (3X and 10X) in addition to a digital zoom, which together allow a zoom quality rarely achieved on mobile. At 10 meters from an open book, it is quite possible to clearly distinguish the writings, in particular through the intervention of the AI ​​which automatically stabilizes the image and cancels with a fair amount of success the tremors inherent in zooming.

A new Director’s View mode, clearly designed for influencers, vloggers and other Youtubers, allows you to embed your face in the shot in a very simple way, each lens being able to shoot in 4K. For the rest, without any major distinctive sign, there is everything one can expect in the S21 range from a model so expected at the start of the year.

Funny anecdote: if multiple “leaks” (leaks) have, as always, preceded the release of these highly anticipated smartphones, there is a particularly crisp one: a Belgian telecom operator has inadvertently published the price of the new S21s before time. The leak went around the world, as far as China. Downside: the prices were incorrect, and looked bigger than the official price …

Previous Post
Disinfectant drones, smart masks: anti-Covid gadgets abound at CES 2021
Next Post
The Belgian has every intention of traveling in 2021, but in a different way: rush on vacation homes