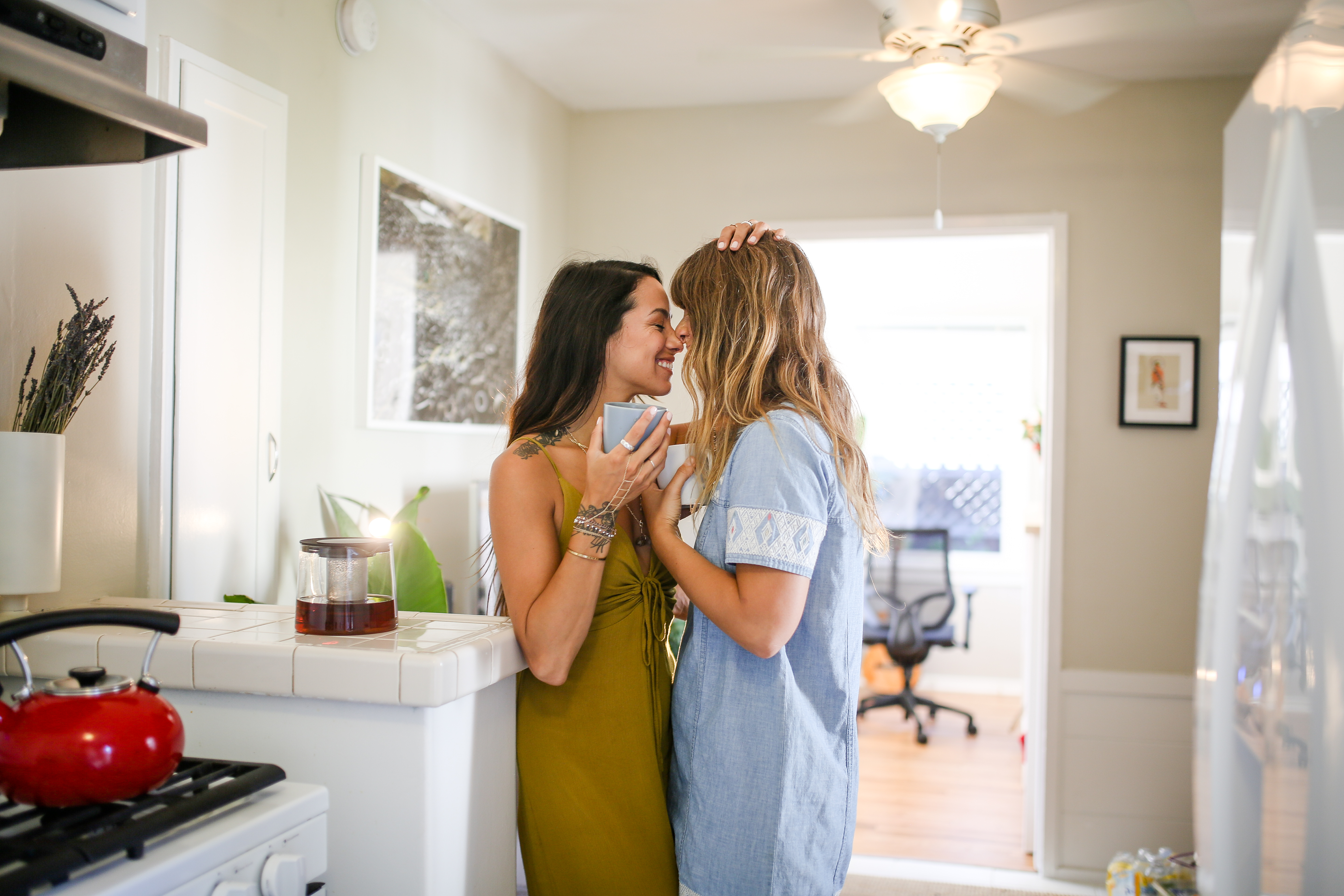 Every time I kill a bear in the morning, I don’t really count the days, but no more than two, sometimes one, it’s not a sign of regret, the reason I do this, oh no, –no, I have no regrets, no pleasure for the most part, I’m a hunter, like to survive like all people; wait a minute, I have pleasure, for the moment, it’s a reward, yes, yes, that’s what it is. I would rather kill a bear than a rabbit: there is no pleasure in such a light kill as a rabbit, only meat: rabbit meat: but it tastes good; not cool, not like the bear. But back to the bear, to survive you must be more powerful than the bear, or wiser. When I kill the bear it has a blue tongue sticking out between its teeth, and it will collapse on the ice. I kill him without noise, and like a ghost and with sadness I observe his lying body. I’m one of the few, no, no: now I’m the only one who kills bears in the ‘Solo Great Hunt’. And the only one I know that jumps on the bear’s back and kills it: the old fashioned way, the way it should be done: the way it used to be done: a lot of times it’s a blood hunt.

I’m not dark-skinned, lighter than my native relatives and relatives, but I’m cold-blooded, and the bear is warm and hungry, and brown, the one I’m looking for, as blinding as snow can be, I never miss it. , when it is close, I locate it, I always locate it: calm and starry it is; almost drowsy at times when i watch it. But again he is no match for me. I will kill him in many ways. This bear is strong and can take an animal or a man and swing it like a bird and launch it great distances. I have seen this happen. The bear can make gigantic leaps, and it can let go: trembling and fear go with those who see this bear, it runs like the wind, but I, I don’t, I don’t tremble or fear it: tell no one but God, that’s what i say. Their claws are sharp and they can dig many inches through the ice if necessary to escape, or dig a hole and catch a seal for dinner. Yes, oh yes, you can do it in a matter of minutes, maybe seconds if necessary, in a totally silent way; and if the ice is thin, faster than seconds: a grab through the ice will do it. I have seen how some of the hunters have many dogs and surround a bear that cannot escape, then, then… However, I tell everyone, –this is the time to be careful, because they have been bitten in such events , even a small bear can be dangerous. You should know that the bear-spirit does not lie down and die because it sees dogs or a hunter, –it explodes inside, it will not slip: -nor will it move because you say so. It comes and goes, it comes and goes, it comes and goes: it makes you dizzy, it makes you lose your way. Also, after wandering aimlessly, you die, not the bear, in a frozen pose, next to a cliff or plateau: in the blizzard you didn’t realize it was coming because the bear made you seasick.

my father was a white man, my mother an Eskimo. They are both dead now, he was an Arctic explorer: she, oh yes yes yes: she was a Thule woman; she was born in the Arctic, in Greenland. I am her only child: she took me in her amaaq, this was me. I remember it well; – She had long, thick hair up to her skull. She wore a necklace made of walrus ivory. There were many little things on top of her, little figures that represented her life: like the igloo, the woman, the kayak, the walrus, the dog, the salmon, the bear and the seal.
She will tell,

“Teepee, are you okay back there?” and while I felt her back and the warmth of the fur around me, I touched her shoulders to let her know that she was, that she was fine, that she was safe so that she would not worry, or that her hand would feel for me, prick my eyes accidentally: you know, that kind of thing.

This is my first name, this is something the bear didn’t know, the Great Grizzly. Because I was raised like most in the Arctic, a native, I was never touched in a harmful way by my mother or father, never disciplined in a physical way. It’s the native way, the Arctic way. Many times my tribe – the one I used to belong to, but have left them since I was an adult – would allow other tribes to take wives from other camps, or tribes, so to speak, with no real husbands and for a while, well, for a while none really belong to a certain person or forever, if that makes sense. It was the way it had to be. Or we would have no tribe, we would become extinct. And so a woman can end up with a stranger from another tribe. And the children were very precious: indeed they were; I slept with a woman, I never had a wife, nor did I choose a special woman to stay with: and therefore I must assume that I can have children in some tribes. In their summer tents he would make love to them. Listen to the drum song [Ingmerneq]. I think a bear would like to sleep with a woman if he could steal her away long enough. They have secret spirits within them. I have never seen a bear hurt a woman, no, never: maybe that’s why. They are close to our ancestors you know: –but I could be wrong, maybe a bad spirit makes me think that a bear would sleep with a woman.

But one time when I was learning how to make water, you put three big stones together and a pile of snow on top. Under the main top stone, place another under it, light a fire, and tilt the top roof stone, so that when the water drains, it will drain down into the container and fill it with water. A large white bear came: it was no more than twenty feet from me: a torrent of thoughts filled my brain: the voices in my brain were drowned out, as if I were in a room, perhaps in a prison, and could not think: suffocated , yes, my brain was suffocated: I was with, with my mother: I was only ten years old. The bear lay down, eyes fixed on my mother, and she continued to show me the bucket full of water. And she said:

“Sjorfa!” and the bear left her. But my spirit doesn’t connect like that with the bear. He wants to kill him. conquer it why? You tell me; is what I am, that’s the best I can say, or do, do for such a question:

I have killed many bears with furious hatches, knives and used sharp stones to keep them deadly. I learned from the Canadian Eskimos when I was young the many shapes of hatches they had, so I could select which one I needed and which one would work best for me, that’s the one I would select. They were what I called Polar Eskimos; –They knew very little about the wood, but the whalers and the Thule exchanged information.

Death to helplessness, to the born and to the dying, to the elderly, because first you are born, -helpless, which is natural-, isn’t it? and through instincts, we tell ourselves: we must smile, or cry to get our way, to survive –You must learn who is your mother and who is your father, because the bear can deceive you and say that it is , when he’s hungry, and you don’t know the difference, and you willingly go to him, and he eats you –You made this bear, didn’t you? –oh yes, he has

we don’t even know what we are like, only what we see: tell no one but God, and don’t be afraid or tremble, he won’t if you do: when they see you, the door slams shut inside their hearts… So we think we are like the bear. Then you grow old and become like the old brown bear, the polar bear, the panda, the Russian bear: Tamens, they like to play; but in all cases, they grow old, they grow weak, they tire: like us: the only thought that can travel faster than a bear is the smell of death… or the hunt for blood, the smell of a blood. And even the dremo the Tibetan Grizzly [also known as Ursus arctos]he may be the exception, because I have searched for him for twenty years, but only one… it is he, the Great…

I have never met a person who has seen a Tibetan brown bear other than my family, including my father, grandfather, uncle, mother and myself, but that is the heritage of the “Great Brown Bear”; it has in us, in its veins, it has chosen us to be its destroyer, as it has been ours, me. He is as tall as a mountain and as strong as ice. He has no equal, he does not fear death, because he is death; –Ursus arctos.