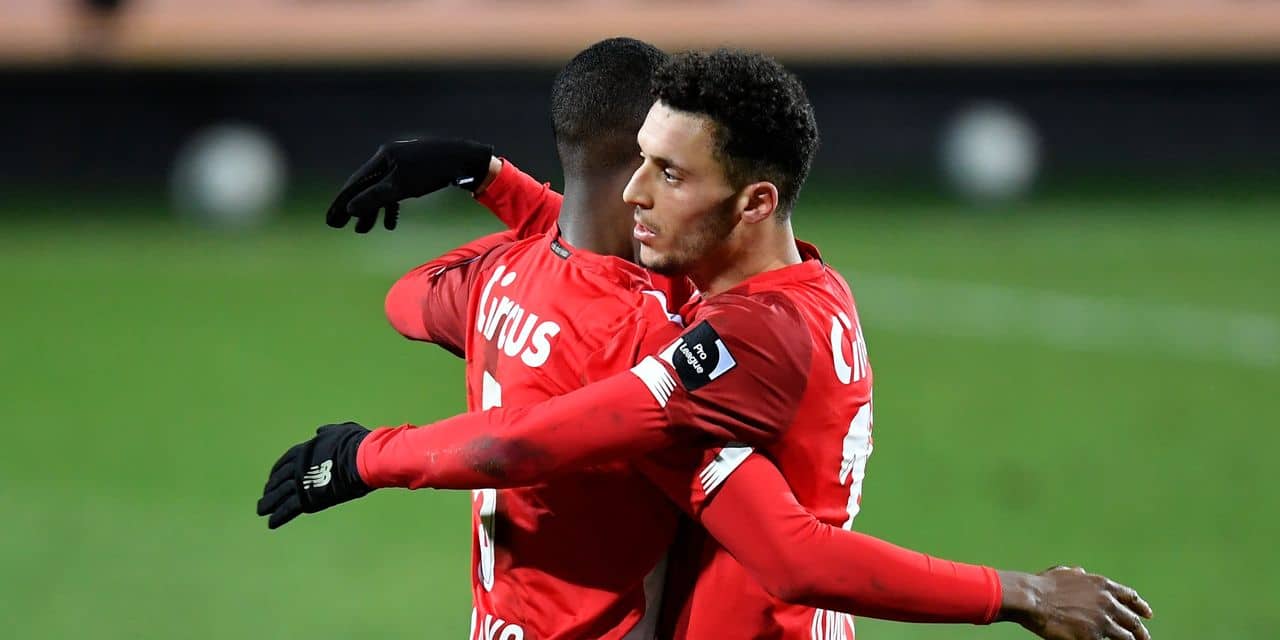 Standard shares against Genk in a pleasant match (2-2)

The opening match of the 31st day of the Belgian football championship pitted the two finalists of the Belgian Cup on Friday: Genk and Standard (2-2).

In Genk, John van den Brom again made no changes to his base team. On the other hand, Mbaye Leye relaunched Nicolas Gavory and Samuel Bastien in place of Hugo Siquet and Muleka. The Standard coach had decided to expand his center line and this partly explained the wait-and-see start of the meeting. However, on a combination with Ito, Théo Bongonda served at the near post Paul Onuachu, who did not control the ball well (7th). Although they did not have much space in the middle, the Genkois created a second opportunity: on a strike from Bongonda boxed by Arnaud Bodart, Ito centered for Onuachu, who did not place his half-volley. (23rd). Standard then went out of his zone and on a free kick, Kostas Laifis deflected the ball with his head for Moussa Sissako, who did not hit the ball full (27th) Under the pressure, Genk retreated and Bryan Heynen played the guardian angel by preventing Klauss from properly adjusting the ball, which the fast Michelangelo Balikwisha (35th) had served him. Maarten Vandevoordt also read kept the draw on a whim from Laifis, who had won the best in a duel with Heynen (40th). The Cypriot defender of Standard was also effective behind by intercepting a pass from Ito to Onuachu (42nd).

At the start of the second half, Klauss set the sights but if Vandevoordt easily blocked the shot (51st), he could not do anything on the following recovery of the Brazilian served by Gavory: Erik Lambrechts canceled the goal for offside but granted it after intervention of the VAR (54th, 0-1). Standard was the boss when Bongonda snatched a ball from Nicolas Raskin before opening for Ito, who beat Bodart with a cross shot (59th, 1-1). In verve, the Japanese signed a double by passing the ball between the legs of the defender called to block it (72nd, 2-1). Leye then decided to make two changes and launched Muleka instead of Raskin (77th). A winning change: the Congolese equalized with a header on a cross from Klauss, who had been thrown in depth (81st, 2-2).

See you on April 25 at 8:45 p.m. at the King Baudouin Stadium for the Belgian Cup final.