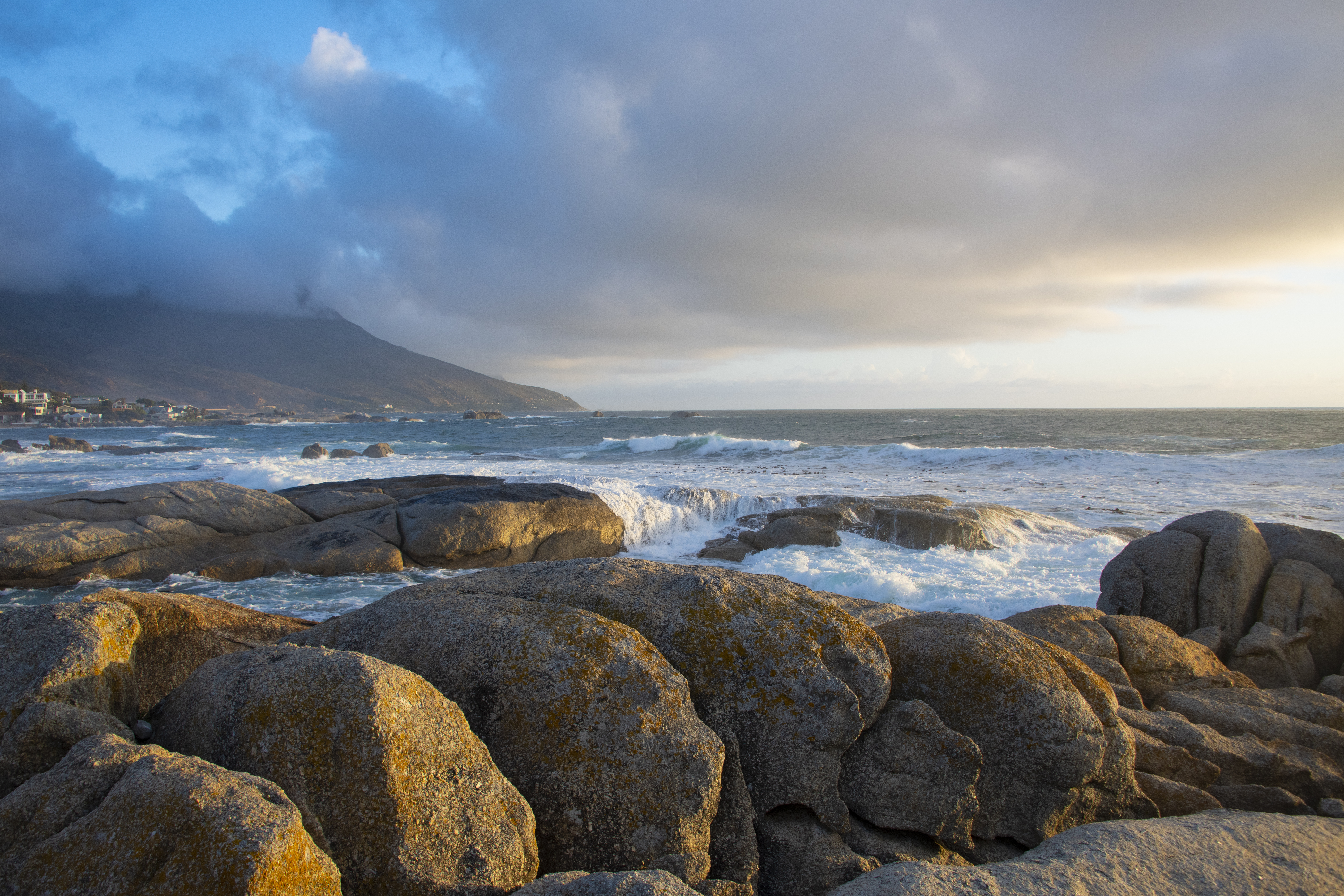 Stay on the fun side – of jury duty

There are three things I never like to find in my mailbox: an insurance bill, a jury summons, and another invitation to my cousin Fern’s Scrapbooking for Jesus party. Last month I received all three. I paid the bill, called Fern, and regretfully turned her down because my neighbor’s Jewelry for Jesus party was the same day, and I sat there holding the official red citation with a trembling hand and asking, “Why me, Lord?” ? Because I?” And He replied, “Why not you?” And as every motivational speaker had taught me since I was born, I made an inner shift and decided to embrace jury duty with the same enthusiasm that my Aunt Bitsy embraces the buffalo wing buffet.

Some people don’t think you can prepare for jury duty. I, however, was born for it, having logged six hundred and forty-seven episodes of Law and Order, SVU, and Criminal Intent, and four consecutive seasons of CSI. Not only have I been educated on all aspects of the law and how to collect evidence in high heels and cleavage-inspired T-shirts, but I’m also pretty sure I could perform an autopsy if asked, along with a bit of criminal profiling. , all in sixty minutes. The only thing left to do, of course, was plan my outfit. I went for the animal print clogs with the black pants that fit my midriff and the matching animal print vest that I ditched at the last minute in fear of a lost PETA activist who didn’t know the phoniness of her. It was hands down the best outfit to do my civic duty in fashion and I give People magazine full credit.

I arrived at the courthouse with a smile and blisters from running two miles in clogs, to find two lines running the length of the building. It was obvious that one line represented those reporting for jury duty and the other those in need of a jury. Being that I have a tendency towards stereotypes, I was hoping to be able to tell right away which line was mine. The unlucky line, those who had experienced momentary lapses in judgment, would surely be recognized by their pierced and dyed skin, their frenzied aura of hopelessness, and the cheeky “No-No’s” that appeared every month in People, who were the sign or such time the cause of his life of anarchy. The other line would be made up of Sunday school teachers, well-meaning store owners, and everyday people like me.

But he couldn’t tell. The suits were on both lines. The restless wide eyes were on either side. And I must admit that both sides had good hair. Both lines had people who seemed to have the potential to go haywire at any moment. I think of the shortest. Not only was I the only one in line smiling, but I had an obvious aura of excitement around me, like a puppy waiting for someone to rub its belly. I don’t deny it. I was excited, for God’s sake. I was here to serve my country, my eyelashes were clump-free, and this time it wasn’t me who was caught speeding by the police. I was ready to make a difference, as long as it only took one day because I had a hair appointment the next day. I’m all for doing my duty, but it took me six months to get that date and I wouldn’t miss it if I got into a horrible car accident on the way and they had to use my barber’s outlet to charge the popsicles to restart my heart. I’m getting roots. So I patiently waited in line, hoping my butt didn’t look big in those pants since I was on the busiest corner of downtown morning traffic, trying to talk to the tall woman with the unusually large Adam’s apple. she obviously didn’t want to bother, even if she was going to ask who did her highlights.

We finally got in and were put in another room to sit and wait. I made my way to the back of the room, like the long line of Baptists before me, and found myself staring at the back of everyone’s heads, happy to report that most Americans (I can safely say that since it was a random sample of the population) wash behind their ears. That’s when I realized I was sitting in a random sample of my community: a statistician’s heaven. Here was my chance to create my own endless list of statistics for my speeches with which (is that still a word?) I could confidently say, “1 in 10 Americans” with credibility and truth. Ironically, I couldn’t think of good questions for consumers, like shopping for clothes or motivations to spend, but if 1 in 10 Americans prefer Crest to the leading brand.

Have you ever noticed that the clock stops ticking in the jury room? And every minute can feel like ten when you’re looking straight ahead and trying not to make eye contact? The excitement was beginning to fade. We were supposed to start at 8:30 and it was 8:55 and we hadn’t moved and I had already counted the roof tiles twice, rummaged through my bag for a forgotten piece of chocolate (as if) and planned my escape route in case a wayward criminal out for revenge broke into our room. Would I drop and play dead, or would I stand up and profess my faith, willing to take a bullet from the hooded guy who held up a pawn shop? At 9:02 I was wondering if the sales manual would refer to this packed room or juries as a networking opportunity.

Jury duty is a great place to people watch, like the guy whose monogrammed pocket protector spelled out Herb, who quickly scribbled notes on every word the clerk said and asked him to rewind the jury duty video because he didn’t understood the last line. . Yeah, he was put in a locker more than once. And the beefy guy next to him who was fast asleep, probably tired of shoving Herb into the locker. There was the impatient woman who sighed every three minutes as if to remind us all that there were seventy-five other places she had to be, each of which was infinitely more important than ours. What about the sweet old lady who had nowhere to go and we would like some of her homemade fudge that she got up an hour early to make? There was the pale, balding guy with the contraction who looked like he was going to pass out at any moment and the kid covered in jewels who wore headphones and bobbed his head to either Mendelssohn’s Concerto in G or Pimp Your Mamma, the instrumental version. . . The guy who looked like he dared someone to talk to him, and the one who pulled out his Bible resulting in an immediate ten foot clearance while people ran from him like he had typhoid and just coughed without covering his mouth. And not forgetting the sweet little man who parked in the spot marked Reserved because he thought it was reserved for him, bless him, and the one who sat there for five hours before realizing he was there on the wrong day. And the one who kept trying to prove to the clerk that he had a mental disability and that he should be excused, when it was pretty obvious that the lady next to me who was talking to her bag had the real disability. It seemed like I was the only normal person there, which explains why no one commented on my cute clogs, except for the lady who was talking to her bag and trying to pet them. If that was a jury of my peers, then I need to move. And please explain to me the logic behind the secretary’s announcement: Anyone who doesn’t speak English can now be excused. Obviously the same logic behind the No Seeing Eye Dogs sign.

There was the whole incident of having to urinate that happened at 9:13. Not the most life-threatening dilemma, but a prime example of how I can take the mundane and beat it to death. I had already planned my morning accordingly to allow for several stops before arriving at the courthouse. I didn’t drink anything after 7am, just to be safe. But now it’s 9:13 and I’m wondering if I should go even though I don’t have to. But what if I go now and they call my number? What if I can’t hear them over the download and they’re all in the jury room wondering what happened to number 342 and they have to call me and call the dogs that follow the scent of Suave and take everyone to cubicle number one, which for the record, it’s supposed to be the cleanest because people always avoid the first one thinking it’ll be the most used, so it turns out to be the least used, until we start spreading the word, at which point the theory dies, and maybe that’s already happened because I’ve told SO MANY people. No, I shouldn’t go now. I should wait. But what if I sit here and find out they’re not going to call my number for another hour and then I really have to go but then I can’t go because they’re sure to be around to call my number at that time? What if I don’t go and I’m sitting in the jury box missing everything they say because my bladder has ruptured and I’m too scared to interrupt and I vote to convict the guy because it’ll be quicker? I decided to go and I felt that my decision was the right one. I returned in three minutes to find that nothing had happened in my absence.

So I just sat there and had that weird feeling of having absolutely nothing to do but sit and be. It occurred to me that I couldn’t remember the last time I sat like this and actually felt my own existence. No emails to answer, no laundry to do, no fishing a toy out of the toilet. Nothing to do but sit back, relax, breathe and get in touch with my inner core. Turns out there isn’t much in my inner core and by 9:30 I had determined that sitting is overrated.

And then it happened. It’s a joke. Nothing happened. During two hours. Not a beep. For three hours, for four hours. Nothing more than a couple of breaks and then more waiting. In our fast-paced world of technology and madness, we’ve all been forced to take some adult time out: sit in a quiet room, stare at a stone wall while doing our civic duty, and then go home. And even the day didn’t have screams for justice or re-enacted scenes from Twelve Angry Men, though I couldn’t carve a corpse or hold a speck of dust under a lightbulb, I still walked away from that experience a bit. different from when I entered.

Being in that room reminded me that sometimes people aren’t what they seem: Turns out Mr. Bling with the headphones was listening to motivational tapes and the fudge old lady was once a lap dancer in Des Moines. He reminded me that we live in a place where people come together in the face of crisis, regardless of our appearance or our views on capital punishment: someone slips into the hallway and we all run to help. And I was reminded that even in something as sad as jury duty, there’s always a funny side. You just have to know where to look.